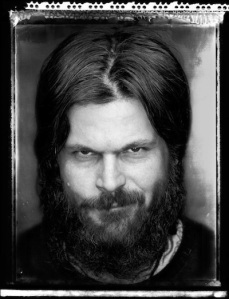 Heavy metal always has been ripe with controversy. Almost from the start, people feared the dark art and made these musicians into monsters in the flesh. Many times, the accusations were really silly and unfounded. Sometimes they were valid.

You have eye-rolling crap such as Jimmy Page’s devotion to Crowley; Ozzy Osbourne’s bat biting and the ridiculous conclusions drawn from his song “Suicide Solution”; the Judas Priest “Stained Class” idiocy; the fury over Iron Maiden’s “Number of the Beast” album, one of the most misunderstood (often purposely) records of all time. Then there are more weighted examples such as the murders and church burnings tied to the Nordic black metal scene in the early ’90s and, also connected to that, Varg Viekernes’ murdering Mayhem leader  Euronymous, potentially in an act of self-defense, or, as he was accused and jailed, in calculated, cold-blooded murder. These types of incidents have given a black eye and a legacy to metal, and often it keeps people away from the work. But it also draws people into the murk.

We have another controversy on our hands in 2011, one that opened the year and has yet to resolve itself. Jef Whitehead, better known as Wrest, the mastermind behind projects such as Leviathan and Lurker of Chalice, was arrested Jan. 9 and accused of sexual assault and domestic battery for allegedly attacking his girlfriend (now his ex). He was released on bond (which was reduced after the fact) and has spent his limited times speaking to the media declaring his innocence. He’s also had friends, such as Nachtmystium’s Blake Judd, speaking out publicly in Whitehead’s defense, but as he told Decibel magazine in their latest issue, he still faces a potential lengthy prison term and has sustained troubles with his business (he is a tattoo artist) in the aftermath. Clearly this has not been an easy year for Whitehead and, if he’s truthful in his innocence, it’s been a tumultuous time he didn’t deserve. 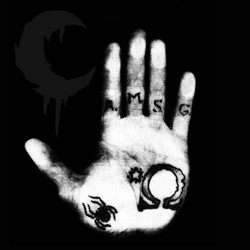 But we’re not here to pass legal judgment. I don’t know either person in the case, and while I’ve been a longtime fan of all of Wrest’s work, I can’t say one way or another how I feel about this whole thing just because I like his music. That would be just as big a pile of bullshit. There’s been no trial yet. I’m not even comfortable writing about this. But it would be foolish to write about the new Leviathan album without this background. I’m sure people and Wrest are sick and tired of reading pieces about his new “True Traitor, True Whore” with this background attached, but it’s necessary when discussing the album. Read the title. No looking in between lines there. And if Wrest is innocent in this case, I don’t blame him one bit for the title and the material enclosed. He’s obviously pissed, his life has been torn apart, and I’m sure he’s had more than one sleepless night pondering his future. Hey, even if this is all a bunch of crap, it’s not like people aren’t in prison for things they didn’t commit.

The album is very different from past Leviathan projects, but it isn’t foreign. Yes, you can call it black metal at heart, because folks familiar with his past work should recognize his musical DNA immediately, but there are so many other things going on that you can’t affix a label to this. Maybe just red-blooded hate metal. But for someone going into this seeking some means of revenge and exorcising some demons, it’s not the avalanche of hell chaos one might expect from Wrest. It’s very melodic in spots, it’s breathy and airy in others, it plays with post-rock, post-metal, doom and punk, and it’s arguably the most interesting piece of work in his entire creative canon. I didn’t know what to expect going in other than vitriol, but what I ended up with was a record that surprised the hell out of me and continues to do so. People have said it’s like a meeting of Leviathan and Lurker, but no, it’s way more than that.

I have no access to a lyric sheet, and from what I understand there won’t be one, so it’s tough to pick apart Wrest’s messages and verbal assaults. Surely that’s by design, because as much as he wants to gash his arm and bleed onto these songs, there’s a measure of privacy to all of this. But even if you can’t decipher the words, you can feel the emotion, the anger, the hate, the poison just in the music. “True Whorror” opens this thing and is the truest song to how most expect a Leviathan cut to sound. Wrest’s growls creak, rising and falling, with noise, gurgles and all-around weirdness dotting this thing. “Her Circle Is the Noose” immediately changes up the picture, with cleaner guitar tones, dissonance, and even some wild howls that feel like a lost animal searching for his place in a world gone mad, even if it’s just his own. “Harlot Rises” opens with a sooty eruption and sounds like it’ll be something akin to what we heard on 2008’s “Massive Conspiracy Against All Life” (my top metal album that year), but then a swirling classical acoustic guitar passage knifes in, only to be absorbed by noise and, eventually, drone. Closer “Blood Red and True” is a doomy smasher with snarled vocals, maniacal laughs, and spat growls, acting as the perfect ending to this diatribe. I’ve seen it suggested elsewhere this should have been the opener. Could not disagree more.

“Brought Up From the Bottom” also has some doom metal included, but it buzzes with post-rock melody, psyche-laced guitars and keyboards and clean signing buried beneath the noise; “Contrary Pulse” is fascinating, the greatest departure Wrest makes musically on this album, and the melody line seems to convey a deep sorrow and pain, or at least that’s how it struck me; “Shed This Skin” has a cool rock groove, spoken/whispered vocals and dizzying guitar work that sizzles; and “Every Orifice Yawns Her Price” has acoustic guitar work, a more punk rock direction, some Middle Eastern-style melodies and noise wash. It’s the only song on here that hasn’t resonated with me musically just yet. Try as I might, I can’t warm up to it, though I plan to keep up my effort.

Whitehead remains one of metal’s most creative, reactive, explosive and furious composers, and while opinions are bound to vary on his new work for reasons of taste or moral, I think it’s incredibly moving. I don’t mean it pushes me to tears. I mean it gets inside me and captures my imagination, pushes me to take this horrible journey with him and makes me wonder what each movement means. It feels dangerous and ugly, and metal doesn’t do that very often anymore. It’s uncomfortable. It sometimes makes you want to look away. But make no mistake, it makes you feel something. I have no opinion on Jef Whitehead personally, but as an artist, he’s one of the most thought-provoking, fear-inducing, horrifying people on the planet.

For more on the band, go here (fan page): http://www.myspace.com/leviathanx666x