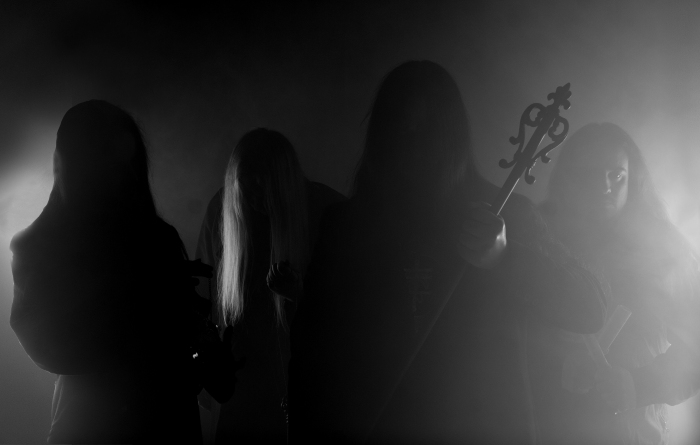 There are bands that use sadness and misery as a sort of channel in order to make a connection with an audience and perhaps help their listeners get a little insight into themselves. Then there are those whose black emotions and world of sorrow is so immense, so overwhelming that you can’t help but feel fully enveloped by their music.

Australian funeral doom group Mournful Congregation always impressed on me that what they are doing is not a gimmick or way to get attention. They live and feel these things for real, and their music is an artistic representation of what is going through their bloodstream and running across their minds. Their sound is massive and impossibly heavy, but not in the usual sense when discussing doom metal. Yeah, they can crush you but that heaviness is more mental than physical, and their long, hulking dirges often go on for 10 minutes and longer, letting every drip of their torment drip down your throat. The band’s records make it seem like its members lived many tortured lifetimes, with their misfortune repeating upon each fresh birth, and they have all of the generations of chaos to draw upon. 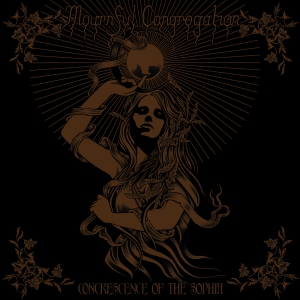 We last heard from Mournful Congregation on their amazing 2011 record “Book of Kings,” the first to really get good penetration into the United States, thanks to them having a reliable advocate in 20 Buck Spin. The band is getting ready to return to the country to play a few shows (on the East Coast this time!), and in tow they have a massive new EP “Concrescence of the Sophia.” I know it seems silly to call an EP “massive,” but this is Mournful Congregation, after all, and this document is longer than most grindcore bands’ full-length albums. Damon Good (StarGazer, Cauldron Black Ram) remains out front of the band as its vocalist and guitarist, and along with him is guitarist Justin Hartwig (Black Orchid), bassist Ben Newsome (Cauldron Black Ram, Intellect Devourer) and drummer Adrian Bickle (though Tim Call of Aldebaran and Nightfell played drums on the record for an ailing Bickle). The band sounds as morose and bereft of hope as ever, and this is a great tide-you-over release before full-length number five bubbles up from the Earth’s crust.

There are two tracks on this thing, but as you can imagine, they’re long and involved. The title cut opens with buzzing drone, slowly hammering melodies, and speak-sung vocals that sound like Good delivering his own final epitaph. Finally, the low-rumbling growls emerge, as they slither along with the pace of the song that unfurls itself with no particular sense of urgency. The guitars sound as if they’re weeping over a lost soul, perhaps the players’ own, and eventually calm arrives with acoustics letting a gust of cold air into the room. The vocals go back and forth from quivering singing just above a whisper and growls that sound pained and anguished, and the final minutes of this 21:42 eulogy is dressed with poetically flowing leads and the noise settling for fading into silence.

The second cut is a quick jam in comparison, the 8:57-long “Silence of the Passed.” The track begins building its fires with slow-burning guitar work that wastes no time coating your lungs with soot, until clean playing arrives like a cool, soothing rain. Hushed howls and low-register vocals tell the tale, weaving misery and darkness that match the music ideally. The pace drives slowly, like a long funeral march, and the deep growls join in with glorious guitar leads that sound like they’re paying homage to the pioneers of their genre. There’s a fury beneath all of the darkness, and the final moments of the song make that apparent. There’s a frustration, a struggle to survive that becomes apparent with the music, and the track ends like a tall pillar of fire reaching into the night’s sky and suddenly disappearing.

It may only be 30 minutes of new Mournful Congregation music, but that’s more than enough to tide us all over until their next full-length. Anyone who’s been a devout follower of the band will be more than pleased with what they hear on “Concrescence of the Sophia,” and anyone with an interest in what the best funeral doom band in the world is up to will get one hell of a taste. There are few bands that make you feel as sorrowful and bleak as this one, and that’s why they’re always going to welcome in my home for as long as they choose to live.

For more on the band, go here: http://www.mournfulcongregation.com/

For more on the label, go here: https://www.facebook.com/20buckspin