This is the toughest year to date for compiling best-of lists. There is too much stuff. Too many really good records that I had to jam into a top 40. Take into account we run a Pick of the Week every week of the year, and there isn’t enough room in the top 40 for all of those. It’s good stress, though.

So this is the entry every year I feel bad writing, the one where I feel like I’m saying, “Your record was good. Just not good enough.” That’s not the case, though. These runner-up entries are worth your time and money, and if you haven’t heard them yet, definitely remedy that before the onslaught of 2015 releases start smashing down our doors (or inboxes, as mine already is being bombarded with good stuff). I’ve spent a lot of time with these albums, will into the foreseeable future, and salute the artists for making some pretty damn great music. 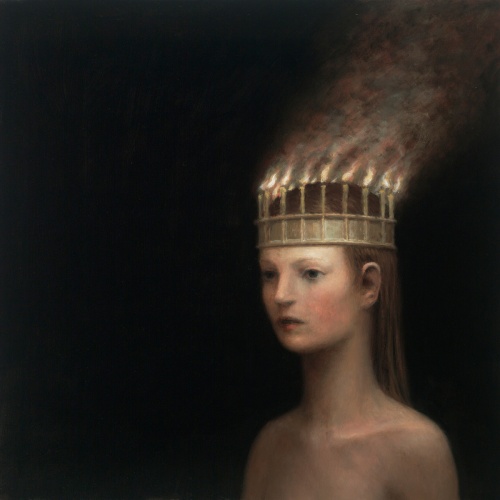 MANTAR, “Death By Burning” (Svart): The two-player model is fairly played out in the world of rock music, but there remain some pretty savage groups of this nature in metal. Germany’s Mantar is one of them, and their debut “Death By Burning” added some interesting, provocative new twists that dash color and blood all over this 10-track smasher. Their mix of sludge, doom, and death is a satisfying, devastating assault, and they add attitude and swagger to killer cuts such as “Cult Witness,” Astral Kannibal,” and wailing closer “March of the Crows.” The band was saddled by health issues toward the end of the year, but as of now, they’re back on the road, smashing skulls, and blazing a path forward. (Released Feb. 7)

For more on the band, go here: https://www.facebook.com/MantarBand 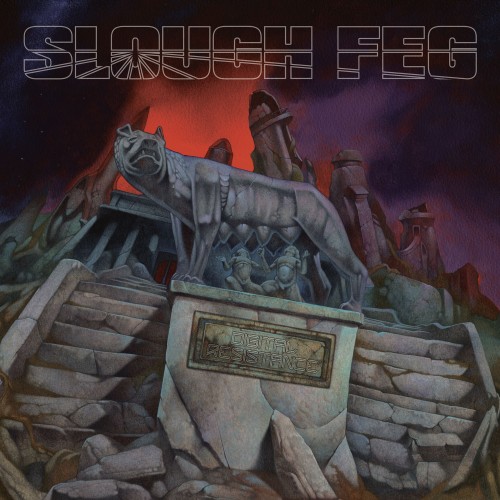 SLOUGH FEG, “Digital Resistance” (Metal Blade): Sick of going to shows and having to look through a tapestry of smart phones blocking your view? Tired of navigating through traffic because some asshole in the fast lane is going 10 mph under because he’s on the phone? Long-running metal warriors Slough Feg have your backs on their ninth record “Digital Resistance,” where they wonder what the fuck ever happened to not being glued to an electronic device 24 hours a day. The music is as catchy, punchy, and awesome as ever before, with tons of great cuts including chugging opener “Analogue Avengers/Bertrand Russell’s Sex Den,” “Laser Enforcer,” and “The Price Is Nice. This is glorious and true heavy metal. (Released Feb. 18)

For more on the band, go here: http://www.sloughfeg.com/

For more on the label, go here: http://metal-blade.com/ 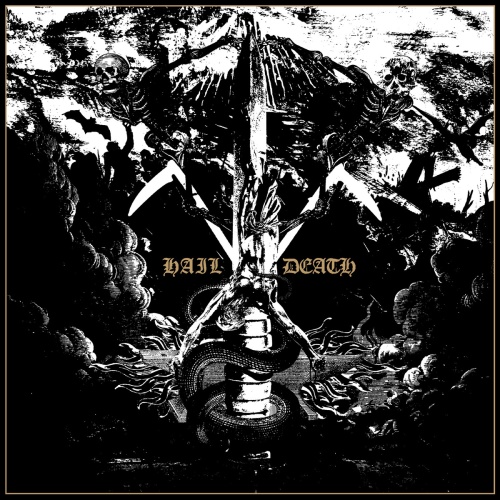 BLACK ANVIL, “Hail Death” (Relapse): The heaviest, densest, most metallic of their three albums, “Hail Death” dropped like a ton of bricks. While all of those descriptors accurately describe this record, on the other hand it’s also their most rock and roll to date. So you have a slithering, unforgiving beast from this NYC black metal band, yet also one that’ll stick to your ribs and get you good and fired up at the same time (plus, their cover of Kiss’ “Under the Rose” is an unexpected treat they handle with reverence and darkness). This band is evolving and growing deadlier three records into their run. It’s anyone’s guess where they’ll go for album four, but no doubt it’ll be another challenger. (Released May 24)

For more on the band, go here: https://www.facebook.com/BlackAnvil

For more on the label, go here: http://www.relapse.com/store.html NIGHTBRINGER, “Ego Dominus Tuus” (Season of Mist): Colorado black metal cultists Nightbringer just get more bizarre and ambitious with each release, and they created a new high-water mark with “Ego Dominus Tuus.” Dark, heavy, dramatic, sweeping, and destructive, this record is a full-bodied journey the demands the most from its listeners but also rewards them heavily with hell-born chaos. This fourth album from Nightbringer sprawls a deadly 71 minutes and doesn’t relent for even a second, destroying you from the opening two cuts “Prayer of Naphal” and “Et Nox Illuminatio mea in Deliciis Meis” all the way to thunderous capper “The Otherness of Being.” This is black metal at its most imaginative. (Released Sept. 30)

For more on the band, go here: https://www.facebook.com/NightbringerOfficial

For more on the label, go here: http://shopusa.season-of-mist.com/ 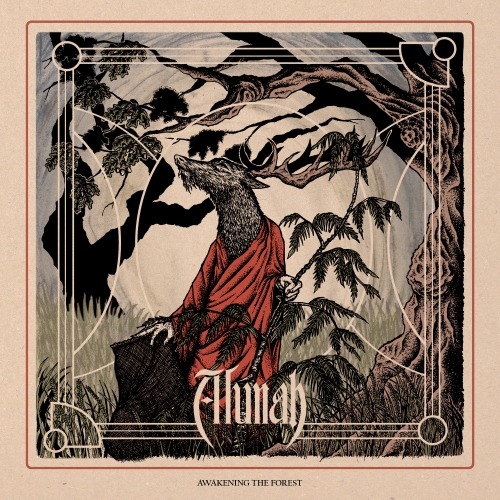 ALUNAH, “Awakening the Forest” (Napalm): This great doom band has been at for a good eight years now (not four, like I idiotically stated when I talked about them two months back), and their excellent third record “Awakening the Forest” is their best one to date. In front of this band, which is soaked in true, old school doom, is fantastic singer Sophie Day, who is an absolute pleasure to hear belting out over these tremendous six cuts. The highlight for me is the centerpiece title track, where Day carves out a chorus that will stick in your head forever, and the sweltering “The Mask of Herne” puts a grislier, more dangerous touch on the album. Anyone into Sabbath or Candlemass, not to mention newer bands such as Blood Ceremony and Subrosa, will find a lot to love in Alunah and their third album. (Released Oct. 3)

For more on the band, go here: https://www.facebook.com/alunah.doom

For more on the label, go here: http://www.napalmrecords.com/ 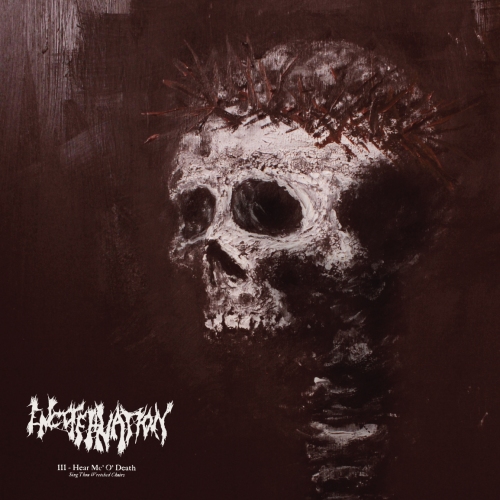 ENCOFFINATION, “III – Hear Me O’ Death (Sing Thou Wretched Choirs)” (Selfmadegod): Grossly, there are some records that practically reek of death. Encoffination managed to create one of those with their suffocating third album “III – Hear Me O’ Death (Sing Thou Wretched Choirs).” From the start of their latest opus, the band drags you through the dead worlds, offering praise and respect to the end of life, the inevitable snuffing of existence. The band’s two figures Ghoat and Elektrokutioner have been making these deadly sounds since 2008, and each one has gotten more and more miserable sounding. You can’t get grimier than a full, eight-track, 58-minute homage to death, so bow your head and follow these demons into the night. (Released Oct. 21)

For more on the band, go here: https://www.facebook.com/templeofencoffinment

For more on the label, go here: http://selfmadegod.com/ 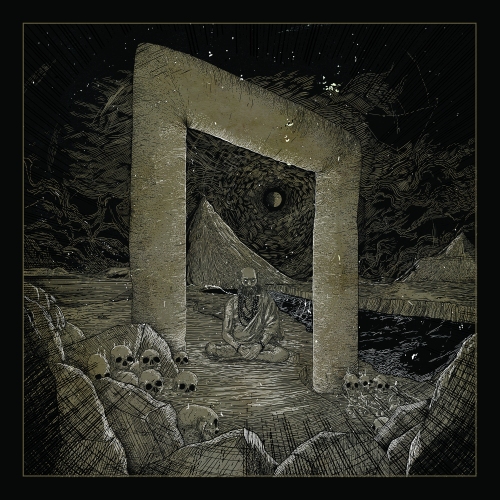 AUROCH, “Taman Shud” (Profound Lore): Auroch are one of the stranger bands in metal, with a new, second record that is named after one of the most bizarre, unexplained deaths of the 20th Century. Well, that’s pretty fitting, because what you’ll hear on the band’s rather compact 26-minute sophomore effort will make your head tilt as much as it’ll make your neck thrash. The playing is interesting and inventive, the vocals are savage and nasty, and they waste no time getting in, perplexing the hell out of you, and disappearing suddenly like a spirit on its way to the next haunting.  This record didn’t seem to get nearly as much attention as it deserved this year, which is a shame because it was one of the freshest death metal records released in 2014. (Released June 24)

For more on the band, go here: https://www.facebook.com/Aurochmetal