The days of sunshine and flowers may be upon us, but that doesn’t mean dark and dreary revelations can’t come bursting through the surface even in warmer weather. If you have something burrowing away at you, no wonderful atmosphere or breezy conditions can make it go away, and it’s something that can make you feel like you’re in permanent winter.

I’ve noticed a lot lately—and people have pointed out to me—how often I associate weather and climate with music. I don’t know why that’s the case, but it could have something to do with me hearing music and it conjuring certain feelings that remind me of times of the year. Tackling “Romantik,” the fifth full-length from German doom band Valborg made me think of both the damp, cold autumn evenings of October and November, and the chilly, all-day rain events that can pop up in the spring. There is so much darkness and despair packed into these six tracks, that I can’t help but feel that along with them. And no matter how bright the sky or wonderful the conditions outside, the music brings me back in touch with the chaos that sometimes lovely weather can mask temporarily. 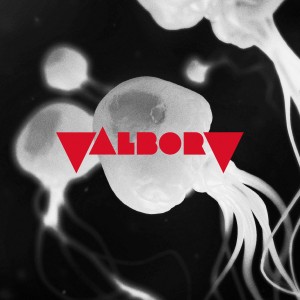 The three musicians who make up this band have regularly created music the last eight years (their last record was 2012’s aptly titled “Nekrodepression”), and the trio of guitarist/vocalist Christian Kolf, bassist/vocalist Jan Buckard, and drummer Florian Toyka do a fine job making for a foggy, gothy backdrop. It’s almost as if you can reach out and touch the anguish, and even when they slip into German and deliver passages I don’t understand, the intent and weight of their messages are clear. It’s a record that won’t necessarily have you on the edge of your roof depressed beyond belief. But it is one that will understand your darkness and help you wallow in it for 40 minutes or so.

“Vampyr” should suck you into the record right away. Eh, no pun intended. Key drone strikes, with uttered speaking stumbling in and spacey keys launching this thing. The song begins to lurch, with eerie sounds emanating and singing emerging. That’s later eclipsed by doom power, a bloody, deliberate pace, and strong melodies meeting up with stinging keys. The drama spills into “Blitz Aus Sodom,” which begins with drums echoing out, a smeary scene that’s soaked in dew, and harsh growls that add a gruff sense to this all. The track is one where you can point to the band’s gothic tendencies, and it all wraps in a thick mist as it fades away. “Comtesse” is a mesmerizing one from the start, with keys wafting in, tortured growls bubbling to the surface, a hypnotic mood that unfurls itself, and cleaner vocals that return to the scene. More sorrowful sounds emerge, with the melodies mangling you slowly and the end landing heavy as hell.

“Sulphur Putrid Angel” begins with dark melodies, singing coloring the scene with soot, and creaky warbling sounds that meet up with the prog-fed synth that unleashes itself. There is heavy emotion tied into this track, with keys raining down, your head beginning to buzz, and smothering melodies taking you off into the damp woods. “Kryptische Arroganz” has moody singing that leads the way, with organs swelling to the surface and guitars rumbling slowly along with them. The synth pulsates, though the guitars get gruff and ugly, and the heavy emotion that boils up then retreats into the strangest corners of space. Closer “The Haunted Womb” immediately feels different from the previous five cuts, and as somber as things have been to this point, this ups the ante. There is a giant wave of sadness that washes over everything, with the growls a little more crazed than usual and the keys trickling solemnly. The emotion is as rich as anywhere on the album, and the guitars rip out and turn everything ablaze, feeling like light breaking out of darkness and the track, and album, drizzling over its final resting spot.

Valborg’s doom is colored by so many various sounds and elements, that they’re more morose and less traditional than many of the other bands in this genre. “Romantik” drips with darkness and ill intent, and it certainly will be a companion that understands you on those aforementioned dreary rainy days when you can’t overcome your burdens. That can be a good thing, because it’s always good to know you’re understood, and Valborg appear to be dealing with hardships right along with you.

For more on the band, go here: http://www.valborg.de/

For more on the label, go here: http://www.templeoftorturous.com/