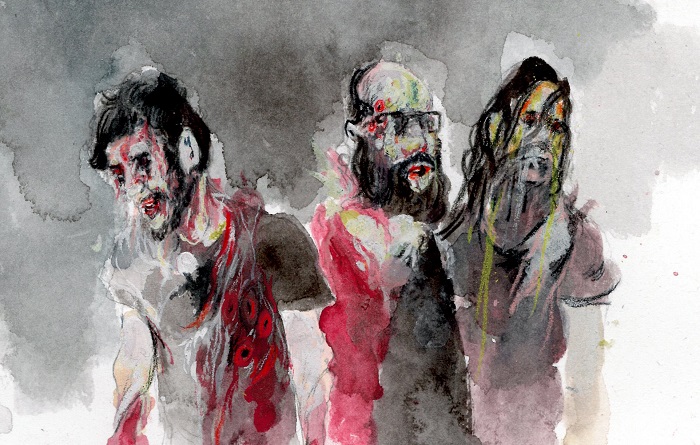 Metal, as a genre, is in really good shape and is in no danger of going anywhere anytime soon. There are a shit ton of bands, plenty of good records every year, and while there aren’t giant mainstream success stories past a few bands (most of which aren’t any good, quite frankly), everything is totally fine.

A lot of metal’s success and interest factor has to do with bands branching out and taking sounds to new places, people’s incessant bitching aside. Imagine if, as great as the band is, we never moved past Black Sabbath. Would there even be a genre? So it’s with bands and artists willing to take chances that heavy sounds will make it into the future, and a project such as Crowhurst should be one that helps it branch generations. That might sound hyperbolic to say that, but there’s a lot of truth to it as well. Jay Gambit is one of the artists who centers a lot of his music in the heaviest, darkest sections of extreme music, and his work with Crowhurst has produced some of the most interesting sounds in the underground the past several years. Under this banner, Gambit has released a ton of music, much of it based on noise, but with the release of “I” last year, things changed a lot. He delved even further toward black metal, though that was mixed with a lot of sounds in which he immersed himself the years before. 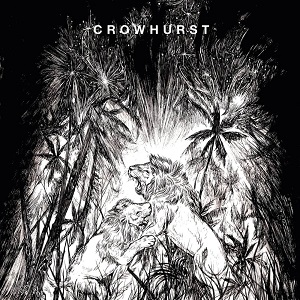 Now comes Crowhurst’s latest album “II,” one that takes the project to newer heights and brings to Gambit new collaborators to strengthen the music even more. Alongside Gambit on this record are Andy Curtis-Brignell, of the mighty Caïna, on bass, guitars, drums, and programming, and Matron Thron of the creepy Ævangelist, who handles guitar work. Laurence Taylor, also of Caïna, appears as a guest, adding his vocals to the track “Fractured Lung.” The work here is some of the deepest, darkest, and most impactful of Crowhurst’s diverse run, and while it’s hard to pick the best work from the project’s insanely deep catalog, this definitely is toward the top.

“Cold Sweat” enters to an electronic flood and doom guitars droning, with the drums rattling to an uncomfortable level, and a sound haze rising and wafting toward “Take This Pain Away.” There, foggy guitar work meets up with dark, sorrowful melodies that strike at the gut, making it seem like you’ll never escape the torment. Melodies snake their way through, as Gambit howls, “Don’t wait for me!” as he later dissolves into heaving cries. Dizzying, muddy streams surface, and they run until they reach their destination. “The End” sits on a strong, murky riff, with warbled, detached singing bleeding all over the place, and wild screams poking their way through as the song progresses. As the track goes on, it gets uglier and heavier, with psyche-stained guitars gushing, the mood chewing at your psyche, and Gambit vowing, “I’m not coming home,” as the song bleeds away with him.

“No Saviors” immediately drags you into an industrial wasteland, with guitars bending, the singing quivering, and a sense of Atriarch-like morbidity in the air. The singing turns to anguished screams later, as the music itself gets grittier, with warped melodies, a storm of riffs, and the whole thing ending in corrosion. “Fractured Lung” is unhinged from the start, with screams aiming to puncture lungs, and more strange singing designed to slash at your equilibrium. Crushing doom melodies arrive later, as the scathing vocals and eviscerating beats create a cool, strange finish. Closing epic “Dried Blood of Old Earth” runs 13:28, and it slips into a strange simmer and intergalactic exploration, with noise hanging in the air ready to sting at any moment. Guitars begin to stab into the metallic cloud, creating something that turns into a dreamy sequence that lets your brain be mesmerized. As the band moves into the closing minutes, the noises begin to boil and give off steam, sounds zap in the air around you, and everything blends into a hypnotic fog that slowly makes its way into the reaches of outer space.

Folks such as Gambit always will be out there to make sure metal keeps growing and evolving, and because of that, heavy sounds will continue to be made well into the future. “II” is a really strong record that gets under your skin and forces you to experience every ounce of tumult. It’s some of Gambit’s best work ever under this project, and he and his collaborators have crafted a record that will stick with you and haunt you well past the time the needle lifts at the end of the record.

For more on the band, go here: https://www.facebook.com/crowhurstnoise

For more on the label, go here: https://brokenlimbsrecordings.net/