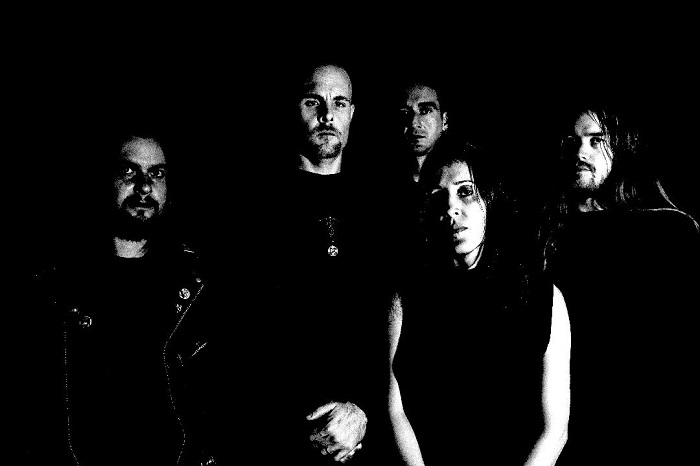 Obviously, we love death metal here, as that tends to be one of the most covered terrains of heavy music we write about. But some of the classic stuff that spilled blood, guts, and gore always has been fun but never came off as psychologically warping. It’s kind of like when you watch a slasher movie. You can enjoy it, but it never seems real. The bands that really can get inside your head are our favorites.

Bay Area heathens Vastum are one of those that morbidly capture the imagination and warp it beyond recognition. For nearly a decade now, the band has been unearthing takes of sexual depravity and psychological scarring that would make bands vomit in their own laps. The band’s fourth record “Orificial Purge” continues to toy with the mind all the while devastating you with their sound. You could simply put this album on, forget the words you’re hearing, and enjoy it for a vicious, pounding slab of dark death metal. But spend time with the words, and you might not sleep at night. Not because of some boogeyman or monster tale, but because of the acts and ideas you hear conveyed in their lyrics. Also, don’t think that because they’re delving into sexual issues and acts that you’re going to walk away horny or with ideas. Well, you might, and we don’t kink shame here. But you’re more likely to be horrified legitimately by the band—vocalist Daniel Butler, vocalist/guitarist Leila Abdul-Rauf, guitarist Shelby Lermo, bassist Luca Indrio, drummer Chad Gailey—and the corners in which they shed light. Yeah, the music rips. But the thematic elements tear psychological well-being apart. 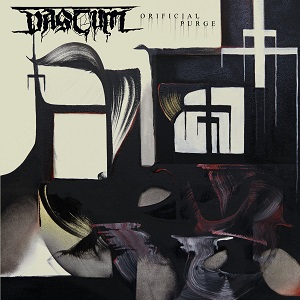 “Dispossessed in Rapture (First Wound)” kicks off the record with strange, pained moans in the background before things comes to, um, life. Riffs pummel while the dual vocals work as a vicious tag team to batter you around. The chorus strikes with music and words as Abdul-Rauf wails, “Churn in your center, feel me arrive, don’t lose faith, that this fist is alive,” with her practically spitting that last word. “I on the Knife (Second Wound)” is bloody and devastating, as the words describe endless self-inflicted injuries with a blade, as the instructional lyrics practically taunt to derive obedience. “This wound is your life, knowing, cutting, sever your head, now you sit on the knife, burning pleasure, unknowing death,” is a horrifying wake-up call, as the band delivers it with force. Lurching and attacking, the band wraps you in riffs and guttural grunts that explode with pain. “Abscess Inside Us” has guitars jolting and grim growls, and even some of the playing later on is a little proggy. A storming solo drains from overheard, while the wails of, “Malicious adoration in my confusion and complex grief, I have a long way to go before I set myself free,” lands as the song comes to a gloomy end.

The title track has guitars stinging and strange, detached speaking sounding like it comes from a lobotomized mind. Grim growls and sinewy riffs strike, as the vision of, “Orificial passage, an elemental drift, everything erected, everything impotent,” bruises you, with the song coming to a startling, weird ending. “Reveries in Autophagia” has growls menacing, while the words come at you directly and in sobering tone, while the band causes your bones to crumble. “Whittling down my flesh to the most vile of excretions, dining on my psychesoma, I serve up another limb,” is enough to make anyone shudder with dread, but that feeds you into fiery soloing, as other elements pile up and make breathing nearly impossible before everything chugs out. “His Sapphic Longing” mercifully ends the record as strings moan, riffs slowly fold in, and then the animal is on two feet, walking upright toward hell. The vocals trade off, describing unfathomable situations, ending with, “Reach beneath the cloth (slip inside me), nobody will save you (from this rapture), his sapphic longings gagged and bound, inside the phallic tomb his father gave unto him,” which should just make you convulse with nausea. The band puts the final touches on this by slowly stretching out the torture, with the song finally boiling in its own juices in a relentless sound vortex.

Vastum long have been favorites here at our silly web site, and they’ve yet to let us down with death metal that crawls into our minds and eats at the wiring. “Orificial Purge” is another in a line of tremendously titled records that are not here to give you an escape into fantasy world. This music is here to confront the darkness and some of the most profane examples of human behavior that, while it might sicken some, are reality. That’s always more unsettling than a zombie eating someone’s intestines an album cover, as cool as that might be.

For more on the label, go here: https://www.20buckspin.com