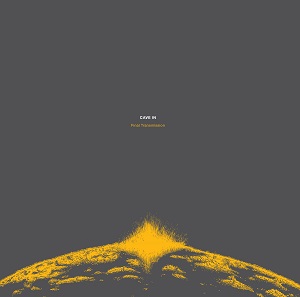 CAVE IN, “Final Transmission” (Hydra Head): Caleb Scofield’s tragic death in March 2018 could have signaled the end of Cave In, a band in which he was a vital organ. The rest of the band would not let Scofield’s memory fade nor the final strains of music they made with their friend, thus “Final Transmission” made its way into our homes and hearts. The album is derived from demo version recordings the quartet created together, though from the heart, passion, and energy these songs exude, you’d think they’d labored over these for weeks in a studio. The record, although a sad farewell to Scofield, also is an amazing final testament to him as the band delivers on the title track, “Shake My Blood,” and the raucous closer “Led to the Wolves” that just quakes the earth. (June 7)

For more on the band, go here: https://www.facebook.com/CaveIn.Official/

For more on the label, go here: https://www.hydrahead.com/

ITHACA, “The Language of Injury” (Holy Roar): UK hardcore crushers Ithaca dig into the most human of concepts with their devastating “The Language of Injury,” an album that focuses on heartbreak and having a knife driven into your back by someone you love and trust. It’s something most of us can understand, and the band, along with commanding vocalist Djamilia Azzouz, hammer you with that over 10 tracks and a little more than a half hour. The band also digs into societal issues, another element that hits many close to home, and they bring the fire and rage on tracks including “New Covenant,” “Impulse Crush,” the title track, and “Youth vs Wisdom.” Go out of your way to hear this (or do it conveniently … whatever makes more sense). (Feb. 1)

For more on the band, go here: https://www.facebook.com/IthacaUK/

For more on the label, go here: http://www.holyroarrecords.com/

SOAR, “Forgotten Paths” (Avantgarde Music): Scottish black metal power Saor, led by Andy Marshall, announced major plans to move up in the world toward the end of the year when they signed with Season of Mist. The band’s fourth record “Forgotten Paths” is one of the essential building blocks that got Marshall to this point, as well as a tour of North America where a lot of people got to see the band live for the first time (their Pittsburgh stop was just stunning). This four-track, nearly 39-minute record unloads another dose of Celtic-flavored black metal that makes you want to take up arms along with them and defend your friends and neighbors against fascist forces. Another great record from Marshall and Saor, who have yet to let us down. (Feb. 15)

For more on the band, go here: https://www.facebook.com/saorofficial/

For more on the label, go here: http://www.avantgardemusic.com/

WEEPING SORES, “False Confession” (I, Voidhanger/Riff Merchant): It’s not easy to whip out a death metal record and have it stand out from the pack, just because there is so much of it out there. Yet, NYC’s Weeping Sores do just that, also mixing in foggy doom, as well as the presence of violin player Gina Hendrika Eygenhuysen, who is one of the group’s backbones. She joins up with vocalist/guitarist/bassist Doug Moore and drummer Stephen Schwegler, both of Pyrrhon, one a record that defies logic and expectations, which should be a huge shock considering the three artists involved. Six track slither and smash over 56 minutes, as you’re bashed and ruptured during “Scars Whispering Secret Tongues,” “Transfiguration of Flesh Into Dream,” and “Valediction Prayer.” If you’re hungry for death that’ll scramble your brains beyond recognition, this is your album.  (Sept. 13)

For more on the band, go here: https://www.facebook.com/weepingsores/

WITCH VOMIT, “Buried Deep in a Bottomless Grave” (20 Buck Spin): Gritty, grimy, well-sharpened death metal is a major trait of Oregon maulers Witch Vomit. Don’t let the Halloween-ish name fool you into thinking this is just shock for its sake, because if you let down your guard, you swill be overwhelmed by a barrage of devastating death metal that’s a stunning display but also so hammering. That might lead you to running and hiding for cover when tackling their second album “Buried Deep in a Bottomless Grave.” They hit you with spot-on titles that pack a bloody punch including “From Rotten Guts,” the misery-inducing title track, “Dripping Tombs,” and “Fumes of Dying Bodies.” Yeah, it can be gross, but it’s also a great slab of absolute death. (Aug. 30)

For more on the band, go here: https://www.facebook.com/WebsOfHorror/