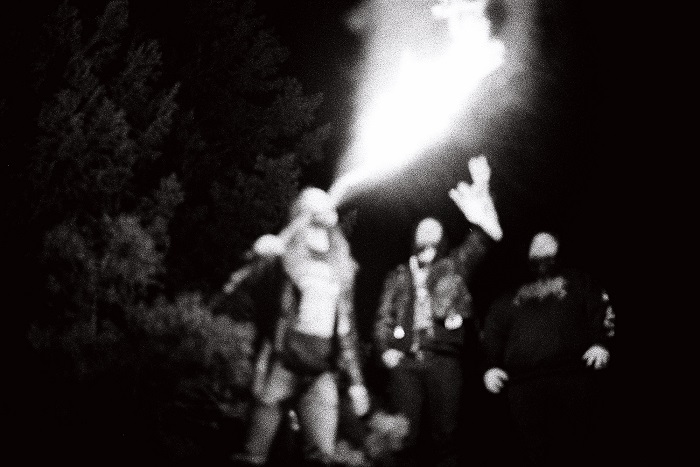 Psychological wounds and continual warping of your well being should be something you’re totally used to by now, so you can handle a few more serious blows, right? We’re delving into black metal today, the kind that tries to burn you down and smear your ashes into the earth, music that isn’t particularly concerned with how you’re doing as long as you’re unraveling.

Denver-based black metal monsters Black Curse are invading your home dwelling with “Endless Wound,” their debut offering. Comprised of members of bands such as Blood Incantation, Spectral Voice, Khemmis, and Primitive Man (you may have heard of some of them), this record is even more savage and gnarly than the aforementioned groups. It sounds like it’s trying to scorch the earth, taking you along with it, but it also contains some psyche-blasted passages that rip you into the further regions of outer space. The band—guitarist/vocalist Eli Wendler, guitarist Jonathan Campos, bassist Morris Kolontyrsky, drummer Zach Coleman—makes effective use of their time, spreading seven tracks of malevolent horror over 38 minutes that leave you a wasted mess in a pile of your own ash. I know this is exaggerated and all, but once you’re finished with the record, see if it isn’t accurate as hell. 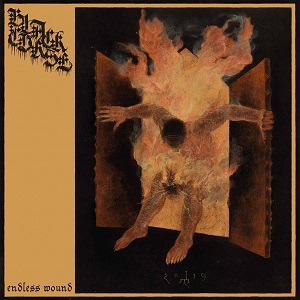 “Charnel Rift” tears the lid off the thing and immediately sends you into the mouth of hell. Fiery shrieks echo while the pace hammers away relentlessly. That melts into doom fury, melting and oozing before the body is torn apart, and the playing rages with fury before coming to an echoey finish. “Crowned in a (Floral) Vice” smashes right away as the growls lurch through filth, and the pace blisters things into pieces. Riffs encircle as the pace gets uglier, and then it’s off to the races, smearing with madness as the track comes to a smashing end. “Enraptured By Decay” has a huge open before everything builds into a massive assault, and wild shrieks rain down like shrapnel. Blackened doom blood flows and congeals as hypnotic chugs have their way, and the playing makes your brain swim in its own chemicals. The final rush plays tricks with your mind before the pace grinds to a violent halt.

“Seared Eyes” knifes through your guts as demolition is carries out, and death growls gurgle in blood. Deranged wails and strange gasps add to the horror while the playing continues to lay waste to your physical and mental state. “Lifeless Sanctum” opens with drums encircling, giving it an almost tribal feel before cosmic synth and guitars lift, and the body blows come even harder. The track turns on the chaotic bursts, and the instrumental cut leaves off noxious fumes. “Endless Wound” has a blinding start, pushing you into decimation as outright savagery strikes. Things get slow and numbing for a stretch, but it’s temporary, as the song is shredded, and soloing rises and conquers. The fires spill as the drumming destroys, and the meaty tempo hammers until bleeding out. “Finality I Behold” closes the album, and it starts by wrecking shit, crushing wills as the fire blast ravages everything in front of it. Growls and shrieks mix, bombarding as eerie doom clouds descend, trudging in mud before the vocals destroy. Riffs repeat, the soloing glows, and everything keeps going until divebombing into oblivion.

Doom, death, and destruction might be a little too much a part of our world for comfort right now, but the type that Black Curse unload on “Endless Wound” actually won’t do so much physical harm as it will mental. But having something come out right now like this record also could help us bleed out some of the frustrations and fears and defy all the negative forces we’re facing. Or you could just put this on and let it lay waste to your hearing as you suffer in the face of blood-ripping black metal.

For more on the band, go here: https://blackcurse-svr.bandcamp.com/releases

For more on the label, go here: http://www.sepulchralvoice.de/