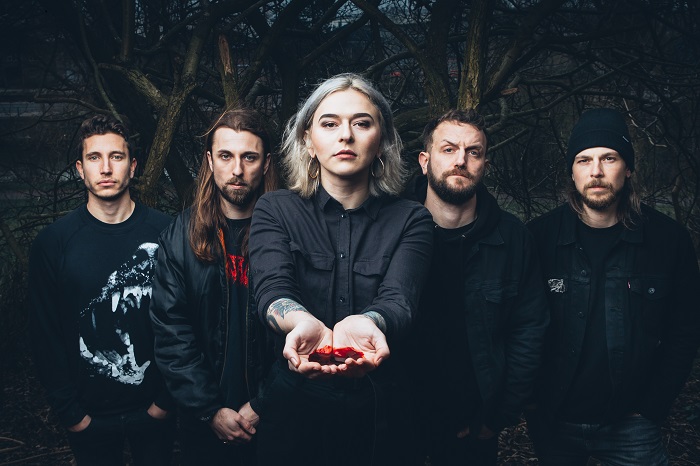 We seem to be obsessed with origin stories, as we get TV shows, movies, comic books, you name it about how characters and worlds we’ve come to know got their start. It’s super easy fan service, and as long as the thing isn’t butchered, it provides a glimpse into the early germs of ideas and how they came to be in their larger form.

“Primeval” isn’t exactly an origin story for UK death/grind band Venom Prison, but it’s the next best thing. This new release from the band is a re-recording of their first two EPs—January 2015’s “Defy the Tyrant” and September 2015’s “The Primal Chaos”—that may not have been accessible to their now swelling audience. This is chance to hear the songs recreated by the 2020 version of the band—vocalist Larissa Stupar, guitarists Ash Gray and Ben Thomas, bassist Mike Jefferies, and drummer Joe Bills (only Ash and Stupar appeared on both original recordings)—who surely understand their abilities and mission even better than half a decade ago. Add to that, the record ends with two brand new tracks that open a small window into where they’re headed next, which will be no surprise that we’re seeing chaos on the horizon. 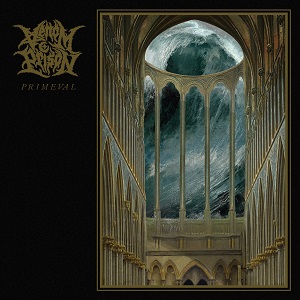 “Usurper of the Throne” begins the collection and the “Defy the Tyrant” material with guitars chugging and Stupar’s roars digging deep and delivering hurt. Cool leads head into a hefty breakdown as the pace gets even more vicious, and the back end blasts out. “Life Suffer” erupts with smothering pain and death eruption as the guitars leave you dizzy and disoriented. Death growls burn as the pace delivers hard times, and then song disappears into a clip of the track “In Heaven” from “Eraserland.” “Mortal Abomination” opens into moody, dark corners before the gears begin to grind flesh, and blood-curdling howls dig in the daggers. The track then speeds up dangerously and pounds into “Path of Exile” where guitars light up and deliver some different tones. Primal savagery pushes through as the growls explode guts, a thrashy fury meets up with filthy guitars, and the track comes to a crazed finish. “Defy The Tyrant” delivers a deadly explosion as the playing dig in its teeth, and the vocals just whip by. The guitars bring swagger as the ground is destroyed before a psyche haze brings strange dreams, as the incredible heaviness ends the “Tyrant” material on a bloody note.

“Babylon the Whore” delivers the first of “The Primal Chaos” cuts, obliterating peace as Stupar goes off, and the tempo gets faster and meaner. A mash of hardcore and death rips at muscle as the band completely unloads, burying you in a pile of rubble. “Daemon Vulgaris” has the guitars winding up and hurling heat as Stupar wails, “What’s gone is never to be given back.” The playing twists wiring as the riffs sizzle, and the track comes to a trucking end. “Narcotic” is fast and grisly, bringing total destruction with them while Stupar’s vocals go for the throat. Soloing fires up and rubs faces in the dirt as the final moments mash the track home. “The Primal Chaos” is the final selection from this EP, and it blasts through the gates, thrashing heavily as the floors quake, and the shrieks dismantle the central nervous system. The track is beastly and ugly, melting into total chaos. “Defiant to the Will of God” is the first of the new cuts, stomping with muddy guitars and hardcore power. Death growls snarl as melody snakes into the war zone, while Stupar delivers cleaner singing before hell returns and turns things to ash. “Slayer of Holofernes” is the final cut, bringing sludgy madness that twists and mars senses. Stupar’s voice is a mix of singing and shrieking, and strong melodies cool off the lava just a bit. Power continues raining down as your insides are jolted, and the track comes to a vicious finish.

It’s great to have these early Venom Prison tracks back in circulation, and it shows those who had not been exposed to these songs before how this whole thing got started. Re-recordings tend to be mixed bags, but “Primeval” rises above that and is a really powerful package that levels foundations. Plus, the new tracks hint at the cataclysm that’s to come once Venom Prison follow up their great “Samsara” from last year, which sounds like will be a deadly affair.

For more on the band, go here: https://www.facebook.com/venomprison

For more on the label, go here: https://www.prostheticrecords.com/