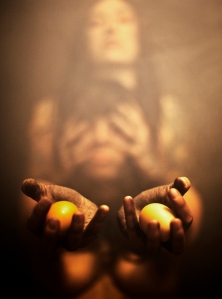 Being surprised is something that doesn’t happen to me nearly enough when encountering new music. So much music these days is utterly predictable, non-dangerous, devoid of adventure, and played so closely to the vest. Not that bands that follow that path can’t make good music, but too often I walk away from that stuff with a very uninspired image in my head.

Doing something against the grain and going for broke might not always bear fruit. But generally that direction is the one that leads to music that sticks with you and keeps you dreaming. I think that was the intention of Stevie Floyd (Dark Castle) and Ashley Spungin (formerly of Purple Rhinestone Eagle) when they joined forces and came out as Taurus. There is nothing conventional about this duo, and even if there are some sonic streams from Floyd’s guitar work that trickle into their debut album “Life,” the end result is nothing like what either of their other bands created. This is an experience as much as it is an album, and it’ll make you imagine.

I’ve spent a lot of time with “Life,” and not once have I had the same experience. Each time the album unfurls in a unique manner, I hear things I didn’t notice before, and I’m newly enraptured by what takes place. It’s very difficult to accurately describe what’s happening on the two lenghty tracks that comprise this effort, and mere adjectives such as ambient, doomy, spacey, haunting, and beautiful certainly fit to an extent but do not do justice to the whole. You really have to immerse yourself in this album and find out how it speaks to you. Chances are, you’ll see things no one else has before. It’s unique like a dream. 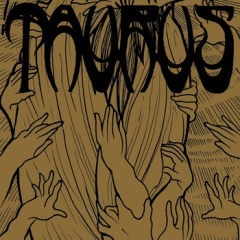 The band’s bio is as perplexing and open to possibilities as the music itself. They’re exploring meanings, philosophies, spiritualities, and cosmos, and while you don’t have to align with them mentally to enjoy this incredible experience, you’ll get so much more out of it if you try. One of my most enriching times with this album was while watching a thunderstorm work its way down the river as I sat 32 floors above the ground. It me made think not so much about about the loud noises and pounding rain, but all the elements involved in the storm–the atmospheric pressure that turned it into what it was, the path that determined where it would strike, the beautiful chaos amid the clouds and lightning and precipitation and how it would nurture the ground. Taurus’ music is the same, in that there are so many intricate layers that make it into what it is. That never ceases to amaze me.

I am pretty much game for anything Floyd does. Her band Dark Castle is one of my favorites, and some of the guitar work and tones she used to paint 2011’s stunning “Surrender to All Life Beyond From” can be heard here. Just the tones and hypnotic atmosphere, not the sludgy, hellbound riffs. This music is far more reflective and expansive than the immediate, chugging work of Dark Castle, and this is a glimpse into another side of her creativity. Spungin’s previous band also was louder and more straight-ahead rock than what’s here, and she could melt a kit with her stick work. But like Floyd, she’s a different animal here, filling in corners, setting paces, helping build the drama. These two work wonderfully together, almost as if they creatively became whole making this 35-minute, two-part piece. Their contributions seem to speak to each other and share a prose.

The record starts off with a weird noise loop, and I can’t really decide what it sounds like to me. An unattended machine swiveling out of control? A loose fan? We also get some quotes from author Philip K. Dick and composer John Cage — his line, “I don’t need sound to talk to me,” is particularly moving — whose words apear here and there throughout this piece, and not just as some cool tool. Each line used in this piece has weighted meaning and placement, and arrive just when they’re needed. On the first part of the journey, guitars are smeared like oil on a canvas, getting cloudy and undefined but eventually turning into shapes and patterns. Floyd howls and wails over these passages, using a far different expression mechanism than she does when fronting Dark Castle, almost as if she’s moving through an awakening.There’s a nice bit of noise erosion, Spungin’s drums roll out and tumble over rocky terrain, and the entire vision reaches its first apex as Cage’s words take us out of the first piece and then back into the second.

Part II opens with a more damaged approach, as guitars melt, grab onto abstract melodies and stretch them out, and eventually dissolve into ambient haze, with Spungin blazing a path alongside Floyd, and disappearing when the time is right. Floyd gets throatier and screamier at points here, as her vocals reach a fevered pitch, and the dream begins to look more like a murky nightmare. The drumming becomes unsettling, like someone grabbing you and shaking you before you give in to unconsciousness, and the guitar lines are scraped with rocks, the vision prepares for its departure, and Dick espouses about past lives, leaving you wondering just where in your experience as a living being you really are. Or maybe you’ll get something altogether different out of it. Like I said, each time I have a unique experience, but these are the prevailing themes that repeat in my head.

Taurus won’t be for all listeners. If you require meaty riffs and breakdown and blasts, this world will feel foreign and weird to you. If you can enjoy fine patterns, psychedelic storms, and music that’ll challenge you to live, Taurus will infect you and refuse to let go of your cells. This is a wonderful, eye-opening experience, adding more meaning to what my thoughts about what “Life” — both the record and existence — really are. I don’t imagine I’ll ever happen upon a permanent answer, and that’s a good thing because I never want to stop trying.

For more on the band, go here: http://www.facebook.com/TAURUSISDUST

To buy the album (in various forms), go here: http://taurusisdust.bandcamp.com/