Striking out on your own can be a dashing, bold adventure. There are a lot of risks at hand, and you only have yourself to fall back on as you strive toward your goals. A lot of people mess this up and try to do it too soon, before they’re ready, while others know just when to strike and get on their way.

In this era of all-encompassing internet access and falling record sales, if you have the means to do things yourself, why not try it? Other bands have self-financed their creations through various means or are just big enough to go and do what they need to, and it’s not even necessary anymore to come up with a physical product. So many listeners are digital-only consumers that all you need to do is put your album up on a Bandcamp site, for example, name a price or fix a particular amount on it, and you’re off, with you having pretty instant access to how many people are interested in buying. Or they’ll just rip you off. Even someone like comedian Louis CK realized he’d gotten to a point where he didn’t need a middle man and could organize and sell a tour on his own. Now every comic under the sun is trying it.

Ever since their full-length debut dropped in 2008, NYC black metal experimentalists Krallice have been blowing minds, generating a fan base, and accumulating critical acclaim. That record was at the cusp of many other black metal artists deciding to branch out their ideals, and some could argue it was a powder keg for such expansion. Their music sounded nothing like anyone else’s, and now they’re to a point where they have a signature sound that others seem to copy or organically absorb. There’s a “Krallice sound,” and that’s a pretty big statement in this era of a billion bands and such limited creativity. The band, with Profound Lore as their label, kept at it, following up with 2009’s “Dimensional Bleedthrough” and 2011’s “Diotima,” and each effort found them sticking close to their foundation but stretching it more and more toward the stratosphere. It was fascinating to watch and hear them grow. 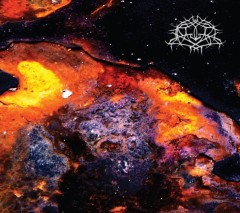 Now, with their fourth full-length effort in hand, the progress has taken some unexpected twists. Most significantly, as hinted in the introduction, Krallice no longer have the PF imprint on their CD/digital product and instead are self-releasing “Years Past Matter” (Gilead Media still will produce the vinyl version). The announcement was made that new Krallice music was imminent, and lo and behold, not long afterward, the promo arrived in my inbox. So if there was worry that doing things on their own would affect their profile amongst underground metal fans, those fears were forgotten quickly. People were talking. The other twist is the music has grown even more, getting as spacious and atmospheric as anything they’ve ever produced, and while the black metal tag still fits, it’s getting less and less accurate as time goes by. But don’t get me wrong: Krallice still rip your face. They just do it amongst the stars.

The four guys who make up the Krallice machine — bassist/vocalist Nicholas McMaster, guitarist Colin Marston (we visited his Dysrhythmia project yesterday), guitarist/vocalist Mick Barr, and drummer Liv Weinstein — sound as on their game as ever before. Their intricate melodies weave in and out of these songs, and there are sections of “Years Past Matter” that are flat out mesmerizing. One of my weirdest listening experiences with this record — and I’ve had many — was while cutting my lawn. Over the engine, I could mostly just hear the melodies and overall structure, rather than the minute details, and it was amazing just how emotionally captivating that part of the album really is. The other cool thing is how cosmic the songs and their stories are becoming, and it’s the first Krallice album that I prefer to hear specifically at night. The others, it didn’t matter as much, not that they weren’t great in their own rights. There’s just something about this one, the structures and the textures, that makes me want to look at the stars while digesting the pummeling.

If you’re looking for song titles with deep meaning and introspective phrasing, this is the one area where you may be disappointed. The opening cut is “IIIIIII,” the second and third are “IIIIIIII” and so on and so on. If you accidentally listen to this album on shuffle on your iPod, prepare to be fully perplexed. So, in the interest of not confusing you or myself, we’ll just address these songs by first track, second track, etc. So, the first track has a gazey intro and eventually becomes jerky and quaking, with rough/harsh vocals, some chugging and proggy tempos, a nice thick bassline, and a finale that burns out in noise. Second cut starts deliriously, with screamier vocals, some utter chaos in spots, and an epic guitar line built into the piece that will invade your head. Guitar lines like those are your hooks on this album, and they come up with a good deal of them, like the one that erupts out of the third track. The parts are tricky, yes, and obviously quite complex, but there’s something about them that sticks to the inside of your head. I, for one, keep humming them back to myself throughout the day.

The fourth track has some emotional, dark melodies swimming throughout. There’s a murkiness and emptiness there, like the music is expressing some sort of loss, and that leads toward some reflective passages and an eerie close that sets this song apart from the rest. Clean playing and misty atmosphere open the fifth cut, before tidal waves rock the shore, some calls to classic thrash metal emerge, and maniacal vocals spill forth. The words turn to growls, the band explores all kinds of musical terrain, and nothing stays in one place for long. The sixth cut is more an interlude, a bridge between the fifth track and the epic, majestic closer, the longest of the bunch and one that really runs the gamut of what Krallice do well. Pretty much everything is here, from astonishing guitar lines, to panic-inducing playing, to glorious melody lines, to barked vocals. It’s one hell of an exhausting finish to a record that demands a lot of you as a listener but also repays you many times over.

Krallice are celebrated with such vigor for a reason. You couldn’t just throw four guys in a room and get them to come up with what this band creates. This is a unique, ever-evolving band that never seems to repeat themselves. “Years Past Matter” is getting them closer to a more accessible sound, but it’s still a mind fuck enough to keep their longtime fans happy. This is a really nice piece of work, one that should keep Krallice in the discussion of today’s most intriguing and creative bands. The fact that they’re taking these risks alone should wind up being a positive with material this cutting and powerful.

For more on the band, go here: http://www.facebook.com/krallice

To buy the vinyl, go here (not up yet; keep checking back): http://www.gileadmedia.net/store/