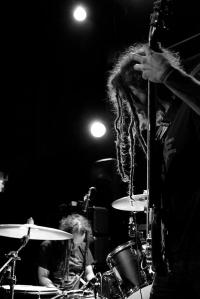 As much as I love doom, in all its various incarnations under the metal banner, it’s really easy to get bored. That probably seems strange on the surface, especially if you don’t know a lot about the subgenre, because it would seem that variety is abundant. Well, it is, but that still doesn’t prevent occasional boredom.

As many different ways as there are to play doom and as many different descriptions as there are for this style of music — traditional, sludge, funeral, occult — it can be overwhelming. My inbox is just swimming with promos from any number of doom bands, and I’ll be honest, I’m probably only going to fully digest 20 percent of what awaits me. For the most part, it’ll be a song here, a song there, and delete. I’m cynical, yes, and maybe even a little burned out as the year draws to a close, but as much as seeing the doom tag on a subject line or band description intrigues me, it also equally deflates me. Is it really doom, or do the people playing it only think it is?

Coming across a strong new band that breathes new life into the territory is a blessing, and I felt that way the first time I heard Bell Witch’s 2011 demo, a four-track excursion that I’ve listened to pretty regularly ever since I came across the recording. When I learned the band had hooked up with Profound Lore for their debut full-length offering “Longing,” it made complete sense to me. The band seemed they’d be right at home there, and the autumn, post-Halloween release date is prime time for such a dark release. As expected, it’s really compelling and has made for excellent repeat listening. 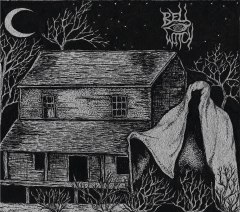 Bell Witch hail from Seattle and are a two-man operation, with Dylan Desmond (Samothrace, Lethe) handling bass and vocals, and Adrian Guerra (Lethe, Sod Hauler) on drums. They do play a muddy, sludgy style of doom for the most part, but there are so many other elements involved that make them stand out. First, their atmospherics scream with life, taking what would sound fine in a small room into something that would be equally as powerful in a cavernous hall. Second, they also have a bit of a freak folk element to what they do, and that’s mostly because of the vocals, both from Desmond and guest Erik Moggridge (Aerial Ruin). Yes, the bellows and shrieks are there, but the variation in the singing make Bell Witch sound downright bloodthirsty one moment, bookishly observant the next.

What Bell Witch create on “Longing” is episodic. Everything builds slowly on this record, from open to close, and it works best when you tackle the whole 67-minute document at once. It’s jam packed with peaks and valleys, and it never stays in one place for very long. The demo was an eye-opener, no doubt, but this record takes what they accomplished on that mini release and blows it open completely.

The first three songs on the record form something of a triptych. All have similar titles conceptually, and they fit together like a long, harrowing story that can’t do without one of its parts. “Bails (Of Flesh)” opens the record and is 20:41 long. It never feels remotely that lengthy, and it’s a totally satisfying piece that practically could have acted as its own EP. The first part of the song is methodical and mournful, as melodies and power begin to build, and when Desmond finally drops his lurching growl into the mix, the devastation arrives. But there are delicate moments as well, such as Desmond’s clean singing that sounds like it comes from deep in his soul, and the song has a vulnerability that shines through even at its darkest. “Rows (Of Endless Waves)” crashes open, with skin-peeling shrieks and epic crushing, then the vocals go to a clean bellow, making the track sound somewhere between Agalloch and the Decemberists. Later, the tempo changes and turns into something Pink Floyd might have churned out at their most paranoia-ridden. The vocal phrasing is menacing but clear, and when the line “drink blood from the masses” arrives, you realize the sinister intent. “Longing (The River of Ash)” opens solemnly and maintains a slow-driven tempo through most of its 12:05 running time, and it’s a powerful ending to the first half of the record.

The second half opens with two cuts you might know if you heard the band’s demo. Instrumental “Beneath the Mask” still has Vincent Price’s creepy dialog from “The Masque of Red Death,” and that acts as the spine to this piece, which acted as the intro originally. Then comes a new take on “I Wait,” which now has a murky, chant-like warble weaved into the first few minutes before the penetrating shrieks and hypnotic guitar work drops the hammer. It’s the most savage, violent piece of music on the entire album. The closing “Outro” is moody and returns to some melodies heard earlier on the record, closing the book on “Longing” and its autumnal, completely menacing majesty.

Bell Witch seemed to exude potential on their demo, and they cash in huge on “Longing.” This isn’t your run-of-the-mill doom album, and it’s chock-full of both heart and horror. Each moment drips with purpose and keeps you going through every slithering twist and turn. Bell Witch are a band you need to know right now, because they certainly seem like they’re going to be a major story going forward.

For more on the band, go here: http://bellwitchdoom.blogspot.com/