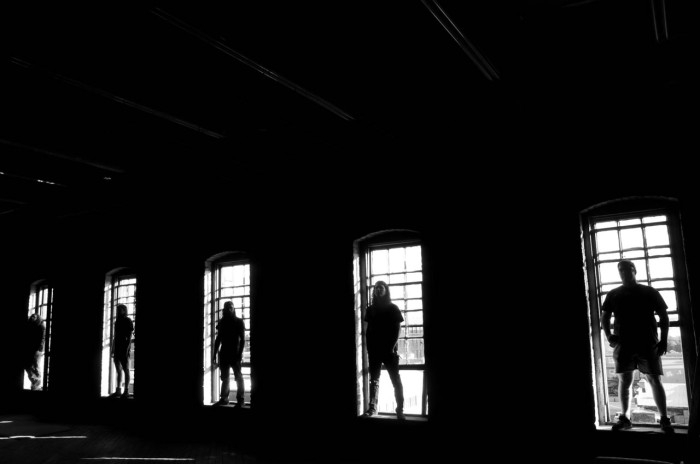 Black metal has come a long way since its initial formation, creeping out of the forests, away from the church fires, and past the suicides and hate-filled homicides of the past. And while there are people who always will cling to those things–hey, some people are crazy—the black metal form and its metamorphosis cannot be stopped.

A great example of a band pushing the boundaries and what is possible in this form of music is Richmond, Va.-based Bastard Sapling. They’ve never been a band comfortable with running in place, and from their incredible debut record “Dragged From Our Restless Trance” to their mind-obliterating latest album “Instinct Is Forever,” these guys have done whatever they could to inject personality, creativity, and brutality into their music, but in a way few other bands are doing this successfully. In fact, “Instinct” is a serious contender for black metal album of the year, and at this point in time, with at least four months of music yet to come, it’s going to take a dramatic effort to top it. This record is a dynamic, full-bodied experience that surprises with every listen. There are layers that need peeled back, levels that require exploration, and sounds that deserve your total attention. If you are spending the proper amount of time with this music and connecting with it fully, you’ll realize this is a special release that doesn’t come around every week from a band that just keeps getting mightier. 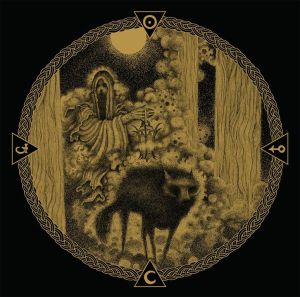 The ranks of Bastard Sapling are made up of three member of the mighty Inter Arma, that being vocalist Mike Paparo, whose howl is unmistakable; guitarist Steve Russell; and bassist Trey Dalton. Along with them are guitarist Drew Goldy (he used to be in Inter Arma) and drummer Gregory “Elway” Ernst, and the band has become a weathered, road-tested, punishing alliance that is one of those that is getting a lot of attention from the internet and the metal press. That’s for good reason, and all you have to do is listen to this second album of theirs to find out why. It’s really that simple.

The record opens with “My Spine Will Be My Noose” that starts with terrifying sounds and torture-driven shrieks before the song opens in earnest. From there, it’s a hefty helping of black metal fury, piercing vocals, powerful melodies, and guttural strength that acts as a perfect demonstration of just how far this band has come. “Subterranean Rivers of Blood” has howling noises, razor-sharp melodies that slice through the song, and blinding savagery that could dump you on your side and beat you senseless. “The Opal Chamber” has a burly, thick bassline from Dalton that helps the track slither out of the gates, and dramatic melodies unfold and cause a tidal wave of emotions. The band interacts musically like they’re trying to push each other to a new level of understanding, and Paparo brings the song to raucous finish by continually shouting the song’s title over and over, with desperation dripping. “Elder” then slips in, a mostly acoustic interlude that also is dressed with syrupy side guitars and moody playing that shares some of Inter Arma’s creative DNA.

Up next is one of the best tracks on this record, and one of the most remarkable of the band’s run, in “The Killer In Us All.” It opens with menacing, violent riffs that also are rife with melody, and the song keeps beating and challenging, with Paparo taunting, “There is a killer in us all!” As the song winds toward its finish, the band even goes into near cock rock mode with a guitar section that is tasty as hell, and then everything washes out with fiery lead playing that will stun you. “Splinter of Ouroboros” is one of the shorter songs on the record at 4:45, and it is punishing and to the point. You need tracks like this to act as a bridge to the more creatively ambitious stuff, such as the astonishing “Lantern at the End of Time.” The familiar siren call of Windhand’s Dorthia Cottrell opens the song, as she sings over the propulsive first few minutes, and then the band hits full throttle. The clubbing savagery carries over the next few minutes, with fires stoked and smoke rising, and then it’s back into uncomfortable calm. Cottrell returns, wondering, “Where are you now, my oldest friend?” before the band unleashes a final total assault. “Every Life Thrown to the Eclipse” is dark and smothering with some gut-busting start-stop thrashing, as imagery of the world bursting into flames comes into the picture. There is dizzying, off-kilter playing and a constantly changing vibe that keeps the song compelling and unpredictable. Closer “Forbidden Sorrow” lets the ground get soaked in rain, as some flutes settle in and help things get rustic. There are dizzying moments during this finale, with melodies that gush, the sense of an open sky drenching the world permeating, and the whole thing coming to an unexpected, yet sensible ending that lets you end your journey with both feet on the ground, headed toward solace.

Black metal doesn’t have to be about murder or Satan or debauchery anymore, and that’s an incredibly refreshing thing. Bastard Sapling is one of the bands doing the most to push the genre to greater heights of musicality and awareness, and “Instinct Is Forever” deserves to be remembered as a touchstone record in that effort. This thing gets better and bigger with every listen, and anyone being honest with themselves with realize there are greater things going on here than most records we devour these days. Bastard Sapling have had their arrival, and that’s been signaled on high with this great record. Theirs will be a highlight set at Gilead Media Fest 2014, and hopefully this record will open up more people to the possibilities black metal truly holds.

For more on the band, go here: https://www.facebook.com/bastardsapling

Bastard Sapling are just one of the mighty bands that will be taking over Oshkosh, WI, this weekend. Here’s a rundown of each band you’ll see each day.

ANAGNORISIS: Latest addition after Inter Arma had to bow out. Brainy black and death metal.

HELL: Nightmarish doom metal that wallows in black metal and drone. A must-see.

ASH BORER: Masters of epic black metal passages. One of the best bands of the past five years.

THOU/THE BODY COLLABORATION: A terrifying team-up of two of doom’s most terrifying bands.

OWLFOOD: Hypnotic drone masters. Should be one of the fest’s most interesting acts.

SEA OF BONES: Crushing doom. But, there’s a nice dose of ambiance, too. Gilead Media is putting out their “The Earth Wants Us Dead” on triple LP!

KOWLOON WALLED CITY: Melodic, atmospheric doom. One of the most underrated metal bands there are. Period!

BASTARD SAPLING: We just reviewed them. Go see them. Buy their record. Now.

THE BODY: Apocalyptic doom delivered by this duo. Easily some of the most bone-chilling vocals in all of metal.

WOLVSERPENT: Beautiful and devastating at the same time, combining folk, doom, ambiance, and black metal. This band’s last record “Perigaea Antahkarana” was our No. 2 record of 2013.

NORTHLESS: One of the loudest, heaviest bands in the world, smashing together doom and hardcore.

ALRAUNE: One of the most promising new black metal bands going. Their debut “The Process of Self-Immolation” is highly recommended.

GENERATION OF VIPERS: Sludge, post-hardcore band with a nasty, dirty edge. Their last record was 2011’s killer “Howl and Filth.”

SEIDR: Atmospheric, cosmic doom and death metal. If you haven’t heard this band yet, why not? Includes Panopticon leader Austin Lunn.

FALSE: Progressive, mind-altering black metal. Lead vocalist Rachel must be witnessed to be believed, and the band backs her up with cascading madness that will warp your soul. Might we hear something new from them?

UZALA: Total road warriors, and one of the most improved bands of the past year. Their latest album “Tales of Blood & Fire” is a revelation.

LOSS: Completely depressing, despair-filled doom metal. Shoelaces and ties (ties?!) should be confiscated from all attendees before their set.

THOU: Best doom band on the planet. The end. No arguments.

For more on the fest, go here: http://www.gileadmedia.net/fest/