There are many great pioneers of the metal sound, from Sabbath to Priest to Maiden to Metallica to Emperor. I’m leaving out a lot of names because I don’t want the opening graph to be 1,000 words long. The point is, the progenitors of extreme music make up a long list, and many of those artists are ones who have been doing their thing longer than some of its audience has been alive.

I’m sure I’ll get no argument if I add Aaron Turner to that roll call of people who have helped develop metal and its many sounds into what it is today. From his tenure in the dissolved ISIS, who along with Neurosis helped pave the oft-traveled past of atmospheric doom and post-metal, and the gnarly Old Man Gloom, Turner has had a major hand in inspiring legions of bands and artists to follow their bleeding hearts and make music that can be catharsis for both them and their audience. And just last year, Turner returned with another super heavy project Sumac that harkened back to his grittier, more metallic roots, making for one of 2015’s most explosive debuts with “The Deal.” Now, a little more than a year later, he and his mates have returned with the molten “What One Becomes,” a mammoth of a record, and their first entry for Thrill Jockey. 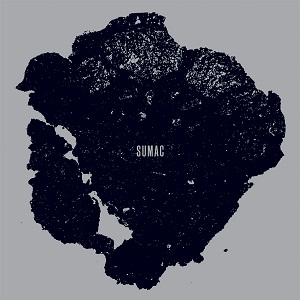 By the way, all the gushing over Turner’s myriad accomplishments aside, the rest of the band is rounded out by a more-than-capable bunch in their own right. Bassist Brian Cook (Wikipedia totally needs to change his profile link because … it goes to the wrong Brian Cook) made his way in notable bands such as the crushing and just-as-influential Botch and Russian Circles, and drummer Nick Yacyshyn, who makes severe noise with Baptists. This record is a rumbling affair that sounds like, at times, the dudes just went off, improvised their fury, and let it flow until they bled it dry. On top of all that, anxiety is at the heart of the record, a subject matter that jabs right at my heart, and they spend the bulk of these massive five tracks confronting it, identifying its source, and putting a battle plan into action. As someone who lives that very thing, this record provides a well-needed dose of extra therapy.

The record rips open with “Image of Control,” as hazy doom rains down, guitars scrape, and Turner’s animalistic howls blast out of the gates. While much of this song is designed to overwhelm and destroy, it has its sections of calm and even some jerky prog creations that make your face spin. The last few minutes of the song add a million jackhammers to the mix, as the band bludgeons you before slowly dragging you out through the thorns. “Rigid Man” punches and boils, with the guys drubbing amid deep, lurching growls. Again, the band delves into proggy waters, bringing some weirdness to the mix, and then the guitar work gets really tricky. Things shoot into the cosmos, with smearing soloing settling in, eventually burning out for a sense of calm to trickle on. Noise spreads over a great distance, making you think it will go until the end, but then a powerful, swaggering assault arrives, leaving everything in the dust. “Clutch of Oblivion” has a slower start, with organs rising, and the song meandering along. The track then hulks up, getting heavier as it goes along, with crazed howls injected into an oncoming dizziness. Again, though, you’re lulled into serenity before the hammers drop all over you.

“Blackout” is the longest cut at 17:26, and it’s the one that seems to develop on the fly the most. Noise scratches, with drums joining the fray, and forceful shouts barrel their way in as the guitars arrive muddy and dripping. The doomy beast eases later, with a glaze of psychedelics arriving, and out of that comes breath-taking thrashing that slams you over and over again. The attack is repetitive, which is by design, almost as if anxious nerves are gnawing on you, increasing your breathing and your heart rate. Fight or flight struggles are ramped up to an uncomfortable level, as the band plays on, searching each corner of their minds, seeking answers, and reaching for a sense of relief. The pace starts to chug, with the piece getting heavier and nastier, only to disappear into a long, reflective pool that washes over. The band goes into an extended melodic stretch of playing, with some Southern-style influences being felt, and the track trudges out, leaving you to figure out how you survived. But you did. “Will to Reach” concludes the album, charging right out of the gates and smashing barriers. Off-kilter melodies spiral, snaking through the tumult, and a calm sequence arrives, with you already having learned this is only for a breath. And sure enough, the explosion strikes, the band heads into a speedy eruption, and the crushing hell that surrounds you slips away, leaving you a heaping mess, but for the better.

Sumac is a ferocious beast of a band, and their work on “What One Becomes” is a rush both from a musical standpoint and a vessel to tackling personal struggles. These three guys have honed their craft as a band and crafted an album that delivers every time. All hail these three great creators, who just might be motivating even more would-be artists to try their hands pouring out their hearts and souls.

For more on the band, go here: https://www.facebook.com/SUMACBAND

For more on the label, go here: http://www.thrilljockey.com/