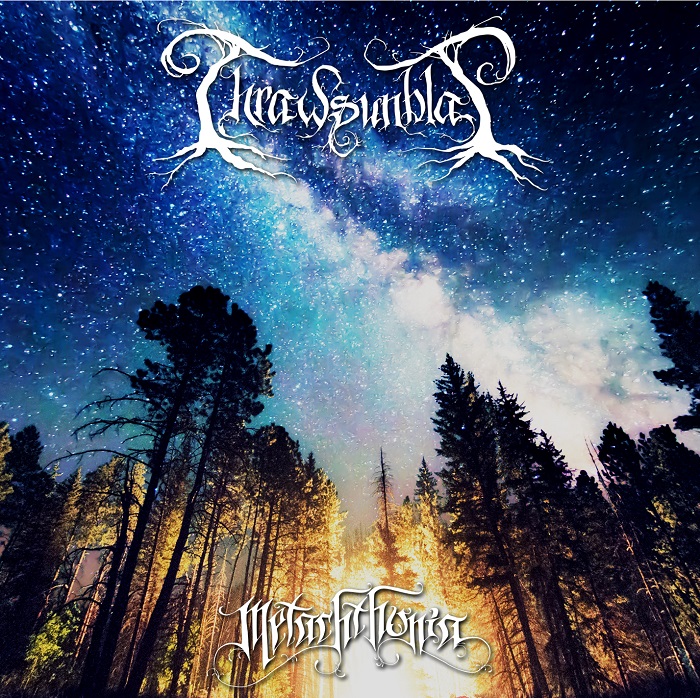 One of the single most infuriating things I encounter on just about a daily basis is trying to walk somewhere and having to avoid other people because their stupid faces are pasted to a phone. Part of me gets it, because I use my phone a lot, but I make a concerted effort to pay attention when I’m walking or driving because there’s nothing on that screen that can’t wait.

Our society is becoming more and more consumed by technology. It’s getting to the point where you don’t really have to go to the site of your job to even do your work. We’re all interconnected by cables and satellites, and it is starting to take place of the relationships on our lives. I feel like some of that bled into Thrawsunblat’s great new record “Metachthonia,” a concept piece that wonders aloud what happened to our connection with nature. The word metachthonia is ancient Greek for “the age after that of the Earth,” and it’s where we find humanity in this electronic era. The six songs on this record lament a time when we would immerse ourselves in, and learn from, the natural world around us, and it expresses a longing for that time that, sadly, looks to be dead and buried for so many.

Ever since forming seven years ago, Thrawsunblat have been carrying on the tradition of folk-infused black metal over a first album “Canada 2010,” a couple of EPs, and their excellent second full-length “Thrawsunblat II: Wanderer on the Continent of Saplings.” The band is comprised of former members of Woods of Ypres, and that group’s late leader David Gold even coined the Thrawsunblat moniker. Joel Violette is out front on guitar and vocals, and he’s also the band’s primary lyricist. Along with him are bassist Brendan Hayter (Blood of the Goods, Obsidian Tongue) and drummer Rae Amitay (Immortal Bird), who provide the solid backbone for the band, and inject thunder into Violette’s atmospheric, heady compositions. Also, Raphael Weinroth-Browne (Musk Ox) adds cello work and a ton of depth to this record.

“Fires That Light the Earth” kicks off the record, a 10:46 opus that starts with solemn strings and quivering atmosphere before the track charges ahead heavily. The riffs batter you, while Violette’s vocals scrape the skin off your flesh, and the drumming dusts bones. Later, clean singing arrives, as Violette continually calls out references to Metachthonia, and the tempos mix together from serene to savage, with the final whispered message of, “I found my answer,” slipping away with the song. “She Who Names the Stars” starts in a pit of prog death, with clean signing spilling in, and a surging chorus. Violette gets grim later on, pushing the growls from the pit of his stomach, while the melodies swirl and carry you through the piece. “Do you not take comfort in seeing the same stars as your ancestors?” Violette asks, as the final minutes duel in light and dark, with the track disappearing into babbling water. “Dead of Winter” starts with harmonizing before it crushes hard, with a trade-off of singing and shrieks and a pace that’ll get your blood flowing. Sometimes this song reminds of Amon Amarth’s burlier early years, flooding you with riffs and vocals that make you want to conquer a mountain.

“Hypochthonic Remnants” is heavy and gruff at the start, later blazing with melody and delivering a chorus that provides a serious crunch. The body of the song is punchy and blasting, with Violette howling, “Sing to the sky!” and their sweeping heaviness blending into rustic folk. The last moments drip away with acoustic power adding beauty. “Rivers of Underthought” continues that woodsy ambiance, letting that flow until the track explodes. The vocals are shriekier, with the strings rushing and ramping up the drama, and a killer section of soloing lighting new fires. The track slips into serenity, allowing you time to breathe, and clean guitars explore on the other end of that before then whole thing explodes with life and rumbles to a finish. Closer “In Mist We Walk” is another epic at 11:40, starting softly before the riffs rips things apart. The pace kicks up and drives up dust, with an enthralling tempo taking hold, and later a Medieval-flavored passage of acoustic guitars making it seem like you can hear branches crunching and smell cook fires wafting. The back end returns to chaos, with the track blasting your senses, and the song fading into the night once its glorious run dissipates.

Thrawsunblat’s reach deserves to grow with the dawning of “Metachthonia,” which stands as another huge step forward for the band. Perhaps this music would be best served and honored absorbed outside at night while connecting galaxies, or on the path of the nearest wooded trail as you reconnect with your surroundings. Yeah, you might end up listening to it on your phone in that situation, but put it in your pocket, take a deep breath, and enjoy what’s around you while you still can.

For more on the band, go here: https://www.facebook.com/thrawsunblat

For more on the label, go here: http://www.brokenlimbsrecordings.net/