There any number of things that inspire heavy metal records from societal conditions to personal struggles to anger over religious matters. There also have been many cases where other works of art have led to some of the finest metal on record, and it’s easy to see why something one sees or reads could slip into the pores and influence the creative process.

For two records now, Bay Area metal band Lotus Thief has traveled back in time via various texts, and that has led to two unique, stunning opuses, the latest being “Gramarye.” The title itself deals with occult learning primarily through magic, and that title fits perfectly for these five tracks that visit such legendary works as Homer’s Odyssey, the Merseberg Incantations (magic spells written in Old High German), and the ancient Egyptian funerary passage The Book of the Dead, and even Aleister Crowley’s The Book of Lies. The works that inspired these songs stretch back nearly 2,000 years and led to these stimulating, dramatic tracks that all stretch nearly 10 minutes and keep your lungs pumping. It’s a bit of a departure from their Titus Lucretius Carus-molded debut “Rervm” in that it’s more ambitious and pushes their magic all the way to the stars. 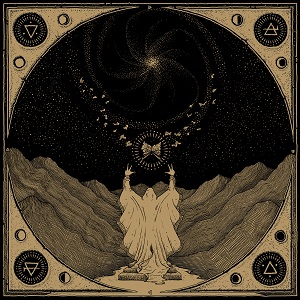 The band is driven by multi-instrumentalist/vocalist/composer Bezaelith (who also recently lent her haunting vocals to Palace of Worms’ great “The Ladder” from earlier this year). On this record, she is joined by drummer Otrebor (Botanist) and Iva Toric on synth and vocals, though Bezaelith expects to announce new lineup soon. What they do here under the Lotus Thief banner is entirely different musically and philosophically. Their last record fell more under the space rock banner, so huge and smashing you could imagine it played in large halls. The music on “Gramarye” remains situated in the cosmos, but the music is blends in more atmospheric black metal and doom, a dramatic, riveting collection of music that has the band making great leaps and bounds ahead, proving just how dexterous they really are.

“The Book of the Dead” opens the record as if you’re beginning an adventure through space, as sounds woosh and then the song opens up. The hearty, soulful singing pushes the song, while the pace begins to rip. A nice influx of melodies brings in a cascade of colors. The song reaches a softer pocket, with vocals that sound angelic and delicate, bringing a light breeze. Then we’re back to convulsions, as creaky whispers and a rising tide send the song on its way. “Circe” lets keys simmer, with sci-fi blips poking away, and the ambiance taking you into a strange nighttime sensation out of the mid 1980s. The tempo begins to chug, while the singing hovers in the air, mixing into brainy synth and later a tougher stretch of playing. The guitars reach out and pull a thick blanket over everything, evoking gasping emotions and later trickling blood over piano keys. “The Book of Lies” has a mystical start, with chimes echoing, psychedelic keys lapping over the surface, and doomy riffs bringing the storms. The vocals get harsh for a stretch, adding a sense of grit and balancing the powerful singing that dominates the track. Guitars take to the air but also provide some crunch, with more growls landing and a prog-fueled dream shifting into the clouds.

“Idisi” provokes as it rides out of the gates, while glorious melodies pour forth, and the main riff bubbles. Psyche fires begin to blaze anew, before serenity heaves a gasp, guitars are plucked, and Bezaelith’s voice unleashes its might. Later, the riffs tighten up, while the melodies spread, shifting into space before a push toward the cosmos through rousing wordless singing. Closer “Salem” lets the bass roam, proving beast-like, while a synth gaze drops, and the track takes on more of the space rock vibe of their first album. The song takes on a gazey post-punk feel for a while, but later, the singing bursts and grabs your attention, and every element reverberates. Winds of sound dash through and join up with the chaos, with the sound spiraling in the air, and everything coming to a dramatic, abrupt end.

This spacious, magical record is one that’ll leave you seeing stars and perhaps perusing those ancient texts that inspired Lotus Thief and these great five songs. “Gramarye” is a confident step forward for the band, the further evolution of their sound, one that’s fluent and ever expanding. This record is an adventurous joy to take on, and even after multiple listens, there remain corners to explore and layers of meaning to peel back and devour.

For more on the band, go here: http://www.lotusthief.com/

For more on the label, go here: http://en.prophecy.de/