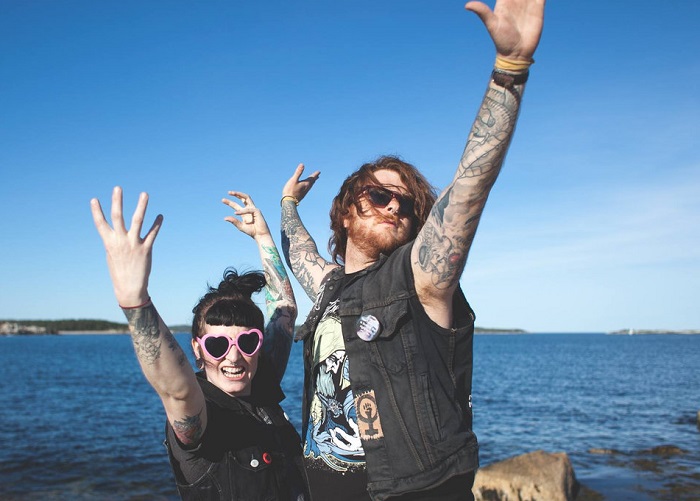 Over the summer, tons and tons of people, your barely esteemed writer included, got caught up, nay, completely enraptured, with a group of kids in Hawkins, Indiana, in 1983 whose best friend goes missing, only to have them go on an eight-episode escapade trying to find him. It was a totally unexpected, transfixing show that bridged generations and caused an insane amount of fan-crazed discussion.

The magic behind that is we got caught up in the lives of characters who don’t actually exist and a scenario that didn’t actually happen. When you step away from what that is and break it down, it seems like a pretty crazy thing to do. But the show “Stranger Things,” and so many other programs, books, movies, records, etc., that enrapture us, often do so because they are an escape. They’re a way to set the events of our daily lives—whether they’re good or bad—aside so that we can have somewhere to go and lose ourselves for some time. It can be both healthy and harmful, depending on how far we take it, but often it becomes absolutely necessary just so we can get away for a while.

Canadian doom duo Vile Creature document that very thing on their thunderous new EP “A Pessimistic Doomsayer,” which acts as a sort of reaction piece to their excellent debut “A Steady Descent Into the Soil.” Standing up for social issues the way they do often can bring terrible criticism and mockery from many in the metal world, because too many have a narrow-minded vision for what this music can or should do. That pressure, along with the harsh realities of everyday life we all experience, can put one in the position to need an escape. Therefore, these relationships with fictional characters and scenarios can provide an outlet, relieving the tension for some time and helping one experience something positive. Read further here to Noisey’s write-up about the record. Metal has an abundance of negativity on which to feed, and that’s actually a good thing, but the counterbalance from the band—drummer/vocalist Vik and guitarist/vocalist K.W.—also can be a great, enthralling thing, especially when you submit yourself to their cavernous onslaught of sound. In addition to the core members of the band, vocalist Laura Minnes provides her great voice, balancing out the savagery.

The EP is made up of a 17:50-long title track that opens with delicate sounds as the track begins to sets its pace. The track begins to buzz and then erupts, with clean calls of, “From darkness you must fall, frail and weak,” as the seeds are planted for the journey ahead. As the track picks up steam, the sludging turns violent, as Minnes’ singing meeting headlong with furious growls. “This world has no safe space for me!” Vic wails, adding extra, grimy emphasis to “we.” That chaos simmers as the ambiance sets back to serene and dreamy, Minnes noting, “We live like cicadas, burrowing for years, avoiding predators.” That’s a sobering line, as it perfectly describes those of us who try to dig beneath all of the turmoil for a place to gather one’s sanity. The singing is pained but confident over the din of noise, feeling like the aftermath of a soaking summer storm, and then the fires burn again. The song begins to hulk anew, with Vic wailing, “I am the mountains that crush, I am the end, I am the reckoning, I am your end,” as the track dissolves back into the earth.

Vile Creature’s run is just beginning, but already they have two emotionally jarring pieces including this great new EP “A Pessimistic Doomsayer.” We’ve all poured ourselves into something in order to escape everyday life or the things that threaten us in order to gain some composure or simply to disappear for a while. This band has expressed those ideals and what leads to them quite well, and this EP lets you know if you need those times to get lost in another world, you’re certainly not alone.

For more on the band, go here: https://www.facebook.com/vilecreature