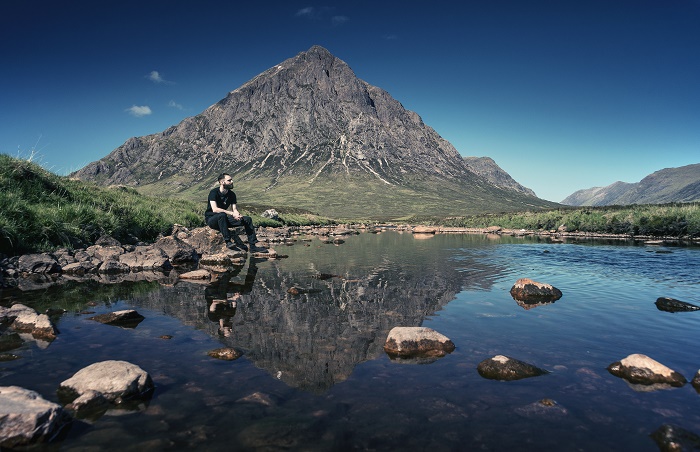 It used to be that November and December were dead months when it came to strong, important music being released. But things have changed rapidly the past few years, and these months when it used to be a struggle filling a site with content now is the land of overflowing new records that are powerful and worthy of being celebrated with the best work of the entire year.

This year continues that trend. We have great stuff scheduled the rest of the month and into December, and today we’re gifted with one of those releases, that being “Guardians,” the third effort from Saor. The project of sole member Andy Marshall (also of Fuath and formerly of Falloch, among other bands) continues to reach into the battles, history, and heritage of its creator’s Scottish homeland, and his brand of atmospheric Celtic black metal continues to get bigger and more intense as time goes on. This record is another major step in Saor’s impressive run, one that’s spawned two other records that have grown in inspiration and scope. The cover of “Guardians” gives you a gaze into a blue-splashed wilderness that doesn’t tip its hand to the season (it could be late autumn, winter, early spring), and the sounds that greet you on this five-track, 55-minute album essentially paint the same portrait. 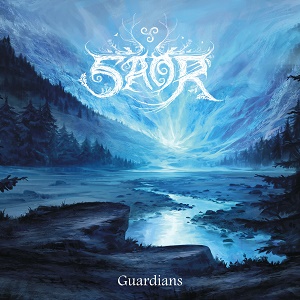 Saor kicked off a mere three years ago, as Marshall strongly established himself early with the project’s stunning debut record “Roots” in 2013, following that with “Aura” in 2014. There have been a few live shows from a fully staffed band here and there, but essentially this is a studio project that sounds like it’s creating its sounds in some isolated corner of an icy forest. But while Marshall is the driving force behind Saor, he gets a helping hand from some notable musicians on this record including Bryan Hamilton (Cnoc An Tursa) on drums; Meri Tadic (Irij, formerly of Elueviete) on fiddle; John Becker (Austaras) on strings; and Kevin Murphy on bagpipes. Combined, the players here create a massive world that breathes deeply from the Earth’s atmosphere and Marshall’s roots, and “Guardians” is an arresting creation that’s as strong as any other black metal record this year.

The record kicks off with the 11:31 title cut, a track that starts with birds calling, acoustic guitars pouring in, and bagpipes arriving like a fog over the hillside. The song eventually bursts in with power, as Marshall’s thick, ground-chewing growls settle in and drive, and huge melodies sweep you away. Deep strings continue to push the emotional tone, while guitars wash over everything, blasts chew away at you, and the growls scrape the earth. Whistles swing in as rustic winds whip through, and the track surges to its finish. “The Declaration” rumbles open, and tremendous riffs cascade, as the growls roar with power, and strings drizzle passion. The pace is hammering for the first stretch, before cloudy sections push in and bring serenity, and then guitars gust up again. From there, a tidal wave of sound arrives, thrashing your heart, and the track ends up in an ocean of passion that is overwhelming but ultimately fulfilling. “Autumn Rain” goes 11:09, and it’s perfectly titled as it feels like you’re basking in the elements, layers of clothing hugging you. A folky mist pushes through before the track hits a furious deluge that mixes with woodsy elements. Amid the chaos that shows its face, again we visit with traditional Scottish folk elements that immerse themselves in a wall of acoustics. Gigantic roars and growls erupt, powering the song’s last stand of decibolic fury before the track trickles away and fades in a rustic rush and frosty keys that make you yearn for a warming fire.

“Hearth” starts with acoustics and rich ambiance, as the air picks up and pushes through, as Marshall unleashes feral roars. As heavy as this track is for the bulk of its time, it also is very heartfelt, an homage to his homeland that is compounded with strings and even some clean singing. “This is my home, my heart, my soul, my hearth,” he calls, as lush melodies accompany what’s going on here, and quieter strains set in and spread serenity. As the track nears its end, the power kicks in and a huge emotional surge of playing stretches over several rousing minutes until the end. The 11:18 closer “Tears of a Nation” rips open right from the start, with Marshall’s growls exploding, and Celtic-flavored melodies flooding the surroundings. Bagpipes blow again, lighting fires within your soul, while the track destroys again and powders bones. There’s a mournful section that comes out of all of this, dropping a dark shadow. But before it all ends, glorious guitars glow, the song gets another huge infusion of emotion, and everything piles together and brings the record to the incredible close that should have your head rushing and your blood pulsating.

The fact that the metal world keeps giving so late into the year is a gift to behold, and Saor’s “Guardians” is one that should be embraced and absorbed in full for a fully immersive experience. Marshall has built this band and crafted its approach carefully, and in such a short time, he has created one of the more captivating bands in all black metal. As sure as the winter winds will whip every year and bring with it a chill, we can be certain Saor will keep visiting us with imaginative, emotional new adventures that keep the fires within our hearts lit all year long.

For more on the band, go here: https://www.facebook.com/saorofficial/

For more on the label, go here: http://www.northern-silence.de/