The saying that one wears emotions on his or her sleeves is one that has debatable origins. Some believe it started with Shakespeare, while others attribute it to the Middle Ages, when Emperor Claudius II forbade marriage in order to make better soldiers, and the troops wore the name of the woman with whom he’d couple on his sleeve. Whatever the reason, it’s become synonymous with someone who expresses emotions outwardly.

That can apply to Polish black metal band Mord’A’Stigmata, as their run has been one filled with music that swells your heart and senses and makes you want to bleed along with them. Their new record “Hope,” the band’s fourth, takes that sentiment even further, as each ounce of this thing brims with the creators’ shed blood, which is smeared all over these songs. The band—vocalist/bassist Ion, guitarists Static and Golem XIV, and drummer DQ—has been devastating the metal world since 2004 with their darkness (Static is the only remaining original member from their birth), starting with 2008 debut “Überrealistic.” From there, the band has returned on a fairly regular clip, with “Antimatter” arriving in 2011, and “Ansia” dropping in 2013. In fact, that last full-length tilted the band toward what you hear on “Hope,” as these four songs take what was set there and expand that even further into the murk and land of human devastation. It’s quite the wrenching listen. 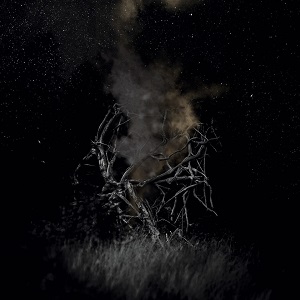 The title cut begins the record and trickles in, where it’s met with gruff growls and sudden melody surges. The tempo goes back and forth from aggressive to calm for a while, with clean singing bleeding in, and psychedelic notes blending into the mix and creating new layers of darkness. The pace then begins to trudge, with cold notes spraying down like a freezing drizzle, and strong lead guitars stretch out and display new shades. Noise hangs in the air as spacey keys arrive, and the track has a huge finish. “The Tomb From Fear and Doubt” slowly unravels, taking its time to set up its mood and, along the way, becoming more compelling as the piece builds. The vocals get churning while the heaviness arrives, as the song continues to get massive and spacious. Later, some proggy passages make their way in, changing things up again, and the drums roll as the cut goes into a synth fog. From there, the song gets grittier, as soloing is unleashed and spreads, with the final minutes picking up again and charging out.

“To Keep the Blood” starts with grim riffs and the sound slowly expanding. The bulk of the song is in a crushing mid-tempo, which suits the mood, and as Ion wails, “My son is gone!” the impact of the morbidity hits home. Speak-style warbling adds mystery, while strong playing tightens the muscles of this thing, and more psyche-style splashes mix up the recipe. Finally, the growls chew away at your nerve endings, and the track comes to a steely finish. The closing chapter “In Less Than No Time” has a cataclysmic start, feeling like the stars are falling from the sky, while gothic undertones make things feel damp and misty. The track is flush with cloudy melodies, while the vocals wrench, and the emotion hits another high. Black metal-style riffs bring added toughness, and from there, Ion howls, “My heart turns into a stone!” seemingly hinting at a state of permanence to the darkness. The song continues to gush as it reaches it ending, as the vocals are expressive cries, soloing soars over the clouds, and the track eventually fades away, like a memory slowing losing its vivid outer edges.

Mord’A’Stigmata’s form of expression is heavy and weighs down on you, and if you experience that as a listener, imagine how these guys felt putting the music together. “Hope” is a crushing collection that will weigh you down and expect you to absorb all the pain and feelings that went into it. Doing so might push you to your edge, but it also might make you more capable of absorbing life’s constant miseries.

For more on the band, go here: https://www.facebook.com/mordastigmata

For more on the label, go here: http://www.pagan-records.com/