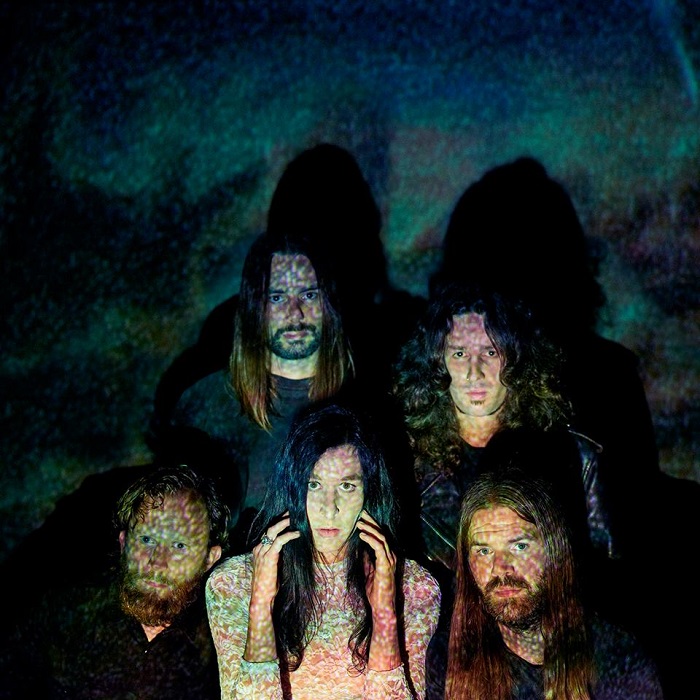 Music that is dark, captivating, and moving can be some of the most effective art there is in the extreme terrain. Being able to pull a morose shadow over everything while, at the same time, light your audience members’ hearts ablaze is a true gift not everyone possesses. But the ones that do tend to be remembered and loved by the people who are touched by their music.

Holland’s Dool is one of those bands, and it makes sense it would be that way because its ranks include members of sadly defunct The Devil’s Blood and haunting rockers Gold. Their magnificent debut record “Here Now, There Then” certainly trails down the occult rock and metal path in the vein of bands such as Blood Ceremony and Jex Thoth, but they do in their own, dusty 1970s style. The power of vocalist/guitarist Ryanne Van Dorst pushes this great unit over the top. Her expression, whether she’s belting or pulling things back, always hits the mark, and it’s impossible not to be enraptured by her every word. The rest of the band—guitarists Reinier Vermeulen (the New Media) and Nick Polak (Gold), drummer Micha Haring (the Devil’s Blood), bassist Job van de Zande (the Devil’s Blood)—provides a solid backbone for their sound and keeps things driving, interesting, and surging with blood. 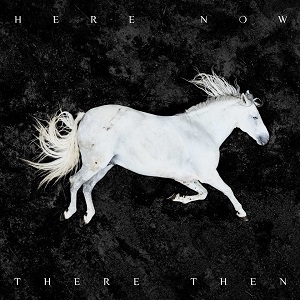 The 10:02 “Vantablack” begins the record, and it’s a great introduction to what this band does so well. The tempo tends to sit back and let things happen, as vocals spread through the darkness, and the drama builds. As the track travels on, you go through caverns, down dark rivers, and into a lengthy stretch of noodly playing before the track rings out. It’s stunning. “Golden Serpents” rollicks, and at times the playing makes me think of Blue Oyster Cult. The verses are breathy, the bridge begins to boil, and that spills over into a great chorus that’ll stick with you. “Words of Paper” has bluesy swagger, and Van Dorst’s vocals get grittier and dirtier, which totally fits the track. Later, some higher singing arrives and hangs in the air, with echoed speaking emerging toward the end, and the finish bristling. “In Her Darkest Hour” has a music box plinking at the start, but then things get ominous and chewy, with slower verses hammering home the tale. Strong soloing emerges, the first more straight-forward, the second immersed in psychedelics. This is another one that has a killer chorus, and the back end of the song fades back into the mysterious sounds that greeted us at the start.

“Oweynagat” is another highlight, a driving, rock-oriented cut that has Van Dorst wailing, “Are you ready now?” The powerful chorus paves the way for stellar soloing that’ll carry you on its way, with the music making your brain spin, and a hypnotic, long passage stretching the track to its limits. “The Alpha” echoes, as drums drive on, and higher vocals again make their way into the mix. The song turns into sludgy thrashing, as the sounds swirl, and an extended period of hypnosis gets into your head and makes you see visions. “The Death of Love” is delicate and vulnerable at the start, with the singing haunting, with a boisterous chorus rising your blood, and Van Dorst calling, “Unfurl your blackened halo.” The music gets atmospheric and spacey, with Van Dorst insisting, “To love is to die,” and the final moments slow down and hammer home to misery. Closer “She-Goat” is a fun way to wrap up the album, as things get off to a churn that grinds your guts, and a muscular verse-chorus structure keeps you not only engaged but participating in the chaos. Things keeps bubbling and gushing, coming to an abrupt end you won’t see coming that feels like the coffin door being slammed shut.

Dool’s power and diversity are remarkable, and that’s part of what makes “Here Now, There Then” such a compelling listen. While the world has been flooded with occult-style bands of late, Dool rise above the obvious and swell into the terrain of very special. This is a band that can swallow you in darkness and caress you in shadows, making you never want to see the light of day ever again.

For more on the band, go here: https://www.facebook.com/allthosewhowanderaredool/