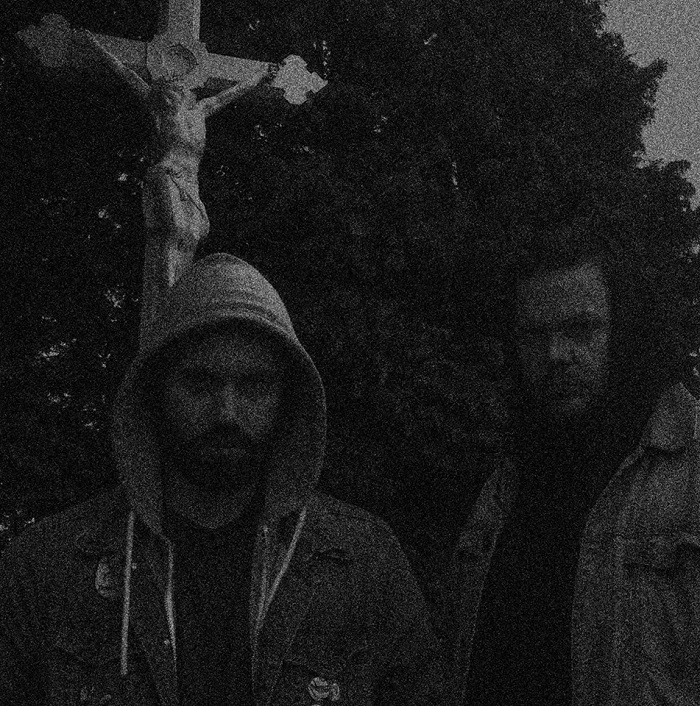 There are those bands that people seem to either love or hate, with practically no one falling in between. Rush, for example. I love them with all my heart, but I have friends who despise them as fully I love the Canadian power trio. But I get it. It’s hard to find middle ground on something so unique.

That is bound to be the fate that greets Celestial Bodies, a group that combines members of Nihill and Dead Neanderthals. This duo is ready to unleash one of the strangest, noisiest abominations in some time with “Spit Forth From Chaos,” a record that imagines a cosmic war pitting the deities Absu and Tiamat (not the bands, mind you) against the horrible forces they released into the world. The record sounds like a clash of the gods, one that’s fought with chainsaws, machinery, and uncontrollable violence most could not even dream. There certainly is a basis in black metal, but the grinding noise that mixes with it isn’t totally out of bounds from the current darkwave movement. Much of the album sounds like it’s crafted by intergalactic motorcycles running on engines not even invented yet on our planet. It’s bound to excite as many as it nauseates, and there likely could be a great war between those who embrace it and those who reject it. 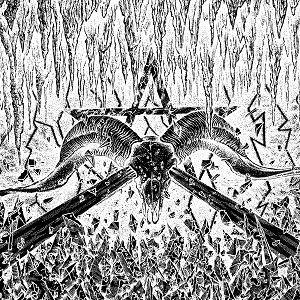 The terror begins with “The Final Covenant,” where beast-like howls and bizarre noises meld to begin the vortex of madness. This sounds like complete chaos, as if machines are chewing through scenery, and that pushes toward “The Nazarene Bastard Crowned” that is a short blast but a relentless hellscape during its entire run time. “Burning Trident” has drums barreling toward the gates and noises scraping and swirling. The track bathes in total strangeness, with a wail of, “My light is your darkness!” penetrating the mind. “Destroyer of Aeons” has an odd wave of synth at its front end, with wild howls and tortured cries crushing any hope of peace. Static mounts like a swarm, met by the cry of, “Your world is falling to pieces!” “Return to the Endless Void” has synth sprawl grinding away, more noise swelling, and a vocal assault that leaves bruising. It sounds like an arcade of damnation over its run, blasting its way toward “Sign of the Wolf.” There, the storms settle overhead as gruff growls punch, and a furious rant smothers and demolishes, leaving you running for cover.

“Chaos of Infinity” has drums igniting, weird mechanical guitars chewing away, and the vocals sounding as if they’re emitting pure pain. Some of this music is Tron-like, futuristic and claustrophobic, settling alongside a heaping helping of death. “Kingdom of Black Torment” has drums clashing with noise horror, as strange synth flows in and makes a weird soup, and complete insanity burns out of control, bringing with it alien-like power. “No Place to Hide” doesn’t stay long, but while it’s here, it brings drums pulsating and keys streaking blood, setting the stage for “Reflections of Ain Soaf.” “Tonight, we sacrifice!” is howled, as chilling keys and trickling music slowly pool and make travel dangerous. The shout of, “It’s time to die!” should shake you to your guts, and if it doesn’t, the music will. Finally, “Towards Perdition” caps the record, a 5:44-long bruiser built with quivering synth, space invaders-style attacks, plunder, and the declaration, “We spill the blood on the altar!” as the track disappears into mystery.

Celestial Bodies’ noise war is one that’s going to get people caught in its gears as it grinds them into bloody piles of meat. “Spit Forth From Chaos” isn’t going to be for everyone. It’s audibly offensive and purposely abrasive. Those who like that kind of thing (and I am one of them) will absorb these sounds into them and, along with that, recreate the unholy battle of the gods in their minds.

For more on the band, go here: https://www.facebook.com/anticosmicwarfare/