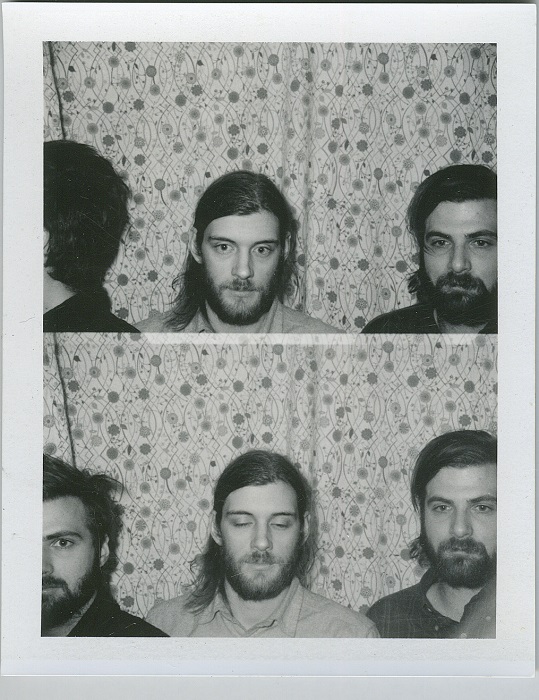 Feeling somber and overwhelmed isn’t always the greatest way to spend your time. But we don’t really have a choice when those darker clouds situate themselves above our heads, so what really can you do other than absorb the morbidity? I happen to think it’s healthy to let yourself fall victim and feel those emotions, because it hardens us and perhaps helps us cope a little better next time.

I keep thinking about that while absorbing “Misery and Pride,” the new long player from Portland, Ore., trio Braveyoung. Their music always captures the imagination from the first second, but this collection of seven songs is something different entirely. Their normal contemplative, storm-on-the-horizon compositions remain intact. But this time around, it feels like a classical ambient piece smeared with blood and tears, one that pulls at your heart and drives you into the rain. I can see this being a record that also could bring calm and solemnity to someone trying to escape the day and spill themselves into a distracting side activity. But I can’t shake the pain and the longing, the sorrow and the pain. This also feels like a bit of a rebirth for the band—brothers Zac and Isaac Jones, along with Mike Rich—whose last LP was 2011’s “We Are Lonely Animals,” as they’re re-emerging after a series of digital-only EPs that set the path. What you’ll hear here is full bodied and draining, leaving you a mess of liquid and flesh. 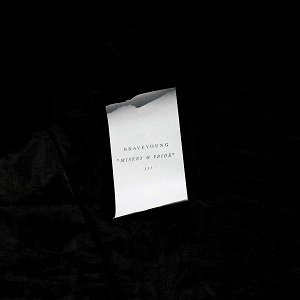 “Wonderful” starts the album by spilling in slowly, dreamily, as keys swirl in the atmosphere. The music keeps spreading and bending, getting blurry and even sleepy, as strings open and sting. The texture shifts, as drama builds before everything fades. “You Pigs Should Find a God to Love” is a short one, with pianos dripping and quiet, sad sounds mixing in with static, moving toward 10:43-long “Blue Beyond the Hill” that sounds ominous at the outset. The pace keeps danger in mind, as strings sweep and move into gazey territory. The playing quivers, as sorrow folds even more heavily into the mix, making your heart heavier and muddier, as the song flows away. “Oh Love That Will Not Let Me Go” runs 7:55 and lets chilling piano plink onto the ground, with strings serving more power and the foundation swelling with morose feelings. Doom-ridden horns blow, as the feeling of loss permeates the scene, with music pumping in deliberately, getting louder and more agitated before dissipating.

“Such a Worm As I” also is a shorter one, with sounds pulsating and delicate melodies pulling themselves over like a blanket. The music gets thornier, and then everything moves toward “I Lay in Dust Life’s Glory Dead” that open and lets keys gush lightly, with spacious strings stretching the atmosphere, and the song suddenly leaking to its conclusion. Closer “The Good King Will Punish You” is dark and threatening as it gets under way, with string and keys again making for shadowy allies, and thick cloud coverage blocking the sun. The song swoons in murkiness, and that feeling stretches and plugs every hole of light struggling through, giving way just as the tension builds all over again.

Braveyoung lure you into their possession and refuse to relinquish control until you submit yourself to “Misery and Pride.” It’s a record that could knock you on your ass due to its pure outpouring of emotions and the impact in which it lands. It can be a passageway for addressing the darkness at your center and helping you find a way out of that pit of despair. Or it’s just going to shove you in deeper.

For more on the band, go here: http://braveyoung.com/