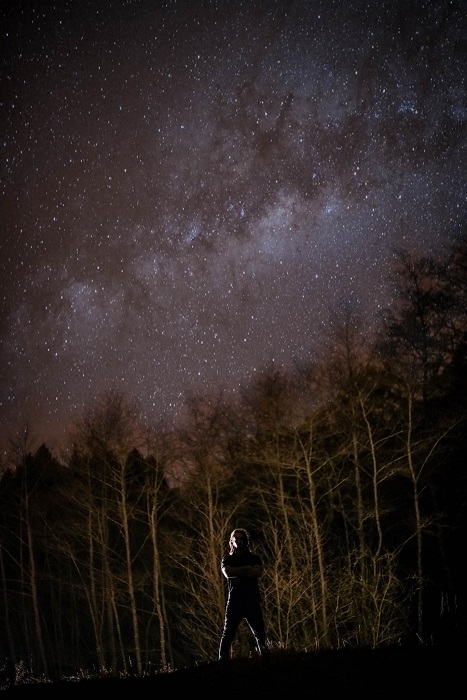 The self-titled debut record from French one-man black metal band Time Lurker could be a tale about any one of us. Also, could I pour more descriptors into that opening sentence? Anyway, having a universal theme for your music is good, especially if you want people to connect, and what Time Lurker has going on is an adventure we all are on.

From the start, Time Lurker creator Mick has viewed this project as one that examines the human journey for meaning, battling one’s demons along the way, as well as anxieties and fears. That’s a pretty simplistic way of explaining the story, but digging into the man’s music helps flesh out the concept. His atmospheric blend of black metal could have you reaching into the stars wondering if some of your own life’s fibers could be floating somewhere for you to collect. The music is undoubtedly heavy and emotional, and even if the words don’t resonate, the music surely will. These seven cuts that stretch over 47:37 envelop you from the opening moments, help you experience and process Mick’s transformation, and spits you back out with, hopefully, a little more meaning for yourself. 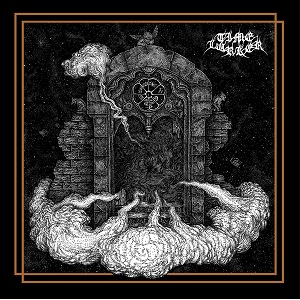 Opener “Rupture” is the longest cut at 11:27, and it lets space chaos woosh in through the door for instant infection. Guitars trickle before the whole thing bursts, as vicious growls and a storming pace push through. The growls continue to be savage, as a gazey wind builds behind everything before the thing goes cold. Out of that, the intensity returns, shrieks rain down, and the noise bleeds away. “Judgment” greets with sheets of feedback as harsh howls rip a hole in any sense of calm, and the gurgling growls sound like strangulation. Melody wells and overwhelms, while the pace catches fire, wild shrieks punish, and the power peaks before giving way. “Ethereal Hands” burns as it starts, with terrifying cries, incoherent wails, and melodies crashing down hard. More gazey power emerges, while a dark, thunderous assault hits the ground and devastates. Wild cries land, as does the sense of morbid anxiety that blackens this and leaves a choke of ash.

“Reborn” is a quicker song, mostly an instrumental cut that has noise hanging in the air, guitars giving off steam, and a weird synth glow that makes the thing feel like an alien transmission. That flows into “No Way Out From Mankind” that’s a crusher right away. Crazed growls and blinding playing totally overwhelm, while the darkness and heaviness begin to feel intrusive. The playing is dense and noise-infested, while the final moments are pulled together by a strong guitar attack. “Passage” is almost literally that, an interlude-style song with space zaps, clean guitars, and wordless cries comprising the body. This dose of eeriness sets the path toward finale “Whispering From Space,” an 8:36 track that feels like it’s doing exactly that. Sounds rumble before the song erupts, as fiery screams and a dangerous pace deliver the punishment. The melodies cascade over monstrous howls, while a scary bit of noise and threatening strings stare you down. Finally, the chaos bubbles over, as massive shrieks and the final bits of noise spit fire and finally subside.

Time Lurker’s debut is an impressive piece, a record that forces you to confront things that might be a little uncomfortable but should help you gain a little more meaning. This is a record that should find favor among those whose playlists contain nothing but spacious black metal and fit in nicely. It also will be interesting to hear where Mick takes this project from here and what focus that brings him.

For more on the band, go here: https://www.facebook.com/timelurker/

For more on the label, go here: http://www.lesacteursdelombre.net/productions/v2/