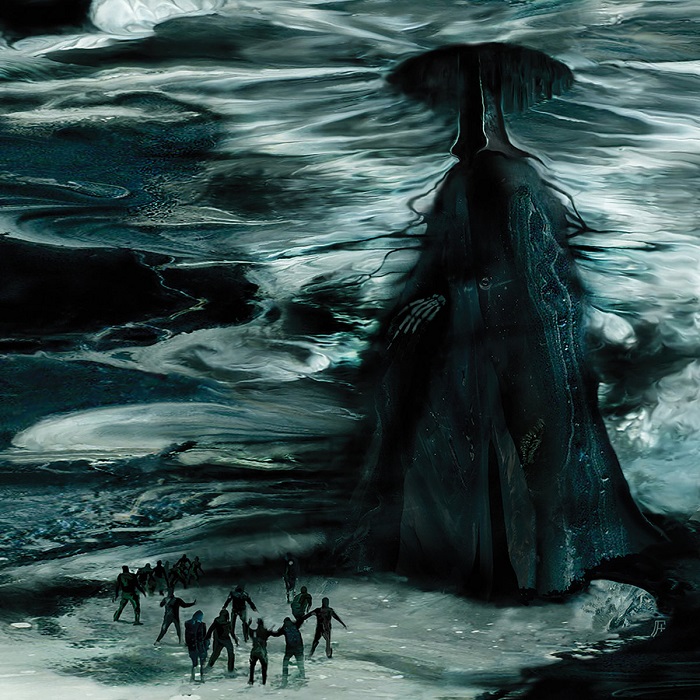 There are bands that I often wonder why more people don’t talk about them. We live in an era when the internet can take a band, raise them up, and weeks later they’re selling tons of shit, and backlash campaigns already have started. But others just seem to plow away with what they do best while others take forever to come around.

Can we talk about Valdur already? This California-based death and black metal band has been going nearly two decades now, and fuck all, can we finally acknowledge their raucous catalog? Their new one is “Divine Cessation,” a record that greets us in December (maybe that’s the issue, late-year releases?) and unloads some devastating stuff that deserves to be lauded. Over seven tracks, the band unloads infernal riffs, smothering vocals, and hellish destruction that never steers you wrong and always does its best to hammer the hell out of you. We’ve long loved this band (we embraced 2013’s “Raven God Amongst Us” and 2015’s “Pathetic Scum”), yet the rest of the world hasn’t caught onto this yet. Maybe this will change as these guys—vocalist JF, guitarist Vuke, bassist William, drummer Matthew—continue delivering the good and make their evil ways as alluring as ever.

“Breath of the Beast” begins in ominous darkness before giving way to destructive growls and a slow-driving misery. The pace begins to blister as the guitars spiral and grim blackness spreads. That leads us to a strange, mystical end that flows into the massive title track. There, static blends into drubbing fury, as the growls grind, and the pace is super fluid. We get a dose of calm, and then things burst into utter chaos, as riffs reign, a terrifying tone takes over, and doom horns push to the end. “The Tail” winds into madness, with filthy riffing and slow-gurgling muck, as weird noises rise and take over, and the rattling bleeds into mauling hell. The song reopens and eats away at flesh, while the growls melt into earth, and violent destruction mesmerizes until the track’s massive end.

“Seething Disgust” pushes into disgusting waters, as grimy growls and a riff tornado lights your mind on fire. The drums begin to devastate while the guitars sicken and bring vertigo, and the band clobbers the shit out you as it winds its way to the finish. “Doomed” is a strange instrumental, a song that is built on galloping misery, mystical strangeness, and chilling horror. “Plague Born of a Dying Black Star” has guitars burning tires and the track tearing open in the bloodiest form possible. Chaotic growls (Sean “Psykho” Combat handles vocals on this one) and a monstrous assault get under way, while a demonic fury takes us into speed and torment. Doom spills in at the back end, while riffs tangle, and we get a sooty black metal finish. Closer “Potent Black Orb” is the weirdest track here, in the best way. Killer riffs and an assault that presses on your chest cavity make bad things happen, and then the band dominates with riffs you cannot battle against. The song smashes bones, but then electronic blips and beats rise, giving this a strange feeling. But it’s not over. That weird electronic haze remains, but riffs break through that, draw blood, and then give way to noise.

Valdur’s massive violence is bloody and real, and “Divine Cessation” is a record on which you should not sleep. It’s not going to redefine metal or carve a new path for black metal, but it at least should make you revel in their existence as they do good for their sound. This is a crushing band that deserves your respect, and it’s about time you paid it to them.

For more on the label, go here: http://www.bloodymountainrecords.com/