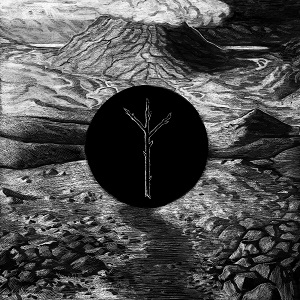 40. VÖLUR, “Ancestors” (Prophecy): Toronto-based Völur get our list off to an interesting start, as their music combines English folk, prog, doom, and black metal on their excellent second album “Ancestors.” While it’s not really a sequel to their debut “Disir,” it is sort of a counterpart effort, as “Ancestors” concentrates on male characters, while their first centered on female roles. This four-track, 53-minute album fittingly (sonically) landed at the end of the spring. “Breaker of Silence” is the 15-minute opener and simmers in choral calls, chambery strings, and fierce noise, setting the stage for the following tales including thorny, doomy “Breaker of Skulls”; soulful and sweltering “Breaker of Oaths”; and closer “Breaker of Famines,” a song that packs black metal severity with dark folk drama. It’s a wondrous second release by a band packed with wonder. (June 2)

For more on the band, go here: https://www.facebook.com/VolurDoom/

For more on the label, go here: http://en.prophecy.de/

39. MEMORIAM, “For the Fallen” (Nuclear Blast): Chances are, we are never getting another Bolt Thrower record or tour. After the death of that band’s drummer Martin “Kiddie” Kearns, BT finally ended their warfront, and born out of tribute to him came Memoriam. Fronted by unmistakable Karl Willets, who led Bolt Thrower for nearly their entire run, this group of death metal vets that also include members of Benediction and Sacrilege created this group that also tips their caps to all their fallen comrades with whom they created havoc along the way. The record is not a Bolt Thrower album and is something a lot different, as their death is more grainy and grim, with Willet’s weathered but powerful voice pushing the band through “War Rages On,” “Reduced to Zero,” and heart-gripping closer “Last Words,” where Willets vows, “As I face the end, my heart to you I send.” (March 24)

For more on the band, go here: http://www.memoriam.uk.com/

For more on the label, go here: http://www.nuclearblast.com/en/label/

38. MESMUR, “S” (Solitude Productions): I’ve never understood why Mesmur, a band whose members are scattered throughout the world and who never have met in person, have not had a bigger impact in the metal world. It’s only a matter of time before people catch on, especially if they keep releasing records as good as “S.” This follow-up to their 2014 self-titled debut takes their funeral doom in a different, even darker direction, one that catapults into outer space and toward distant, frozen planets. Spread over four songs and nearly 53 minutes, this album is a mammoth journey, no doubt, taking you past cavernous opener “Singularity,” where cosmic synth bleeds into the blackness; “Exile,” that’s long and somber, and takes some unexpected psychedelic turns; “Distension” that is packed with autumnal winds and splattering growls; and final destination “S = k ln Ω,” a strange instrumental that caps your visit with chilling weirdness. Get woke to Mesmur already. (Sept. 15)

For more on the band, go here: https://www.facebook.com/mesmurdoom/

For more on the label, go here: https://solitude-prod.com/ 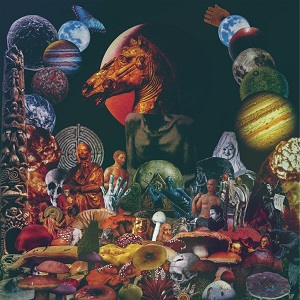 37. JESS AND THE ANCIENT ONES, “The Horse and Other Weird Tales” (Svart): It’s impossible to listen to a Jess and the Ancient Ones record and not feel like you’re being transcended four decades into the past or later, where psychological trips, magic, witchcraft, strange doctors, and odd concoctions come off the black-and-white screen and into your real life. On “The Horse and Other Weird Tales,” their third full-length, the band goes back into strange colors and lava lamp-illuminated rooms while your enchanting singer Jess dances through tales of drugs, death, and release. “Death, please come to us,” Jess wails on opener “Death Is a Door,” and from there, it’s straight down their highway of strange on “Your Exploding Heads”; jaw-dropping half ballad, half psyche revival “You and Eyes”; and Mark David Chapman-inspired closer “Anyway the Minds Flow.” (Dec. 1)

For more on the band, go here: https://www.facebook.com/jessandtheancientones/

36. CORMORANT, “Diaspora” (self-released): Talk about a band truly coming into its own. Cormorant’s second record without originator Arthur Von Nagel truly solidified their current lineup and continued the band’s path toward true greatness. This four-track, hour-long album is built with four punishing, intellectually stimulating songs that mix black metal, prog, and folk into a thunderous cloud that overwhelms and fascinates. “Preserved in Ash” gets the record off to a rumbling start, as bassist/vocalist Marcus Luscombe howls, “Head to the sea, on this volatile path, follow the sun, through the cracks in the ash!” as the dark clouds are twisted with light. “The Devourer” is a blast of grime and violence, with a huge chorus and rousing melodies making the heart surge. Closer “Migration” is a 26:15 epic that is told not only in the song itself but in the four-panel art that emblazons the album. As the band describes traveling to new lands to find prosperity and hope, they paint with bloody and shadowy brushes, mixing atmospheric beauty into the power. (Aug. 11)

For more on the band, go here: https://www.facebook.com/CormorantMusic/

35. BELUS, “Apophenia” (Vendetta): It took seven years to finally get this thing, but Belus unleashed their debut full-length “Apophenia” and delivered on all the promise they demonstrated on their smaller releases and their split with Anicon. This seven-track record is named after a pattern of behavior when a person thinks their actions affect an unrelated event’s outcome and it is a brawling, baffling, smothering doom effort that twists and turns all over the place. Opener “Chasm” is tricky and burly, with Matt Mewton’s growls lacerating the senses, and the playing from bassist Leslie Wolf and drummer Jacques Johnson filling the low end with punishment. “Monolith” has deep splashes of black metal woven into its DNA; “Illusion” is mystical at times but violent in others, with a heavy trip of strangeness tacked on; and closer “Equilibrium” shakes your insides and spills them on the ground, while the band stomps in the aftermath. It’s a damaging, brainy effort that’s one hell of an impactful debut. (Oct. 13)

For more on the band, go here: https://www.facebook.com/belusband

34. MONARCH!, “Never Forever” (Profound Lore): French doom terrors Monarch! continue to build on their haunting, bludgeoning reputation with “Never Forever,” the band’s eighth full-length effort. Led by mighty vocalist Emilie Bresson, whose voice will carve its way into your brain and never leave again, the band continues their campaign of punishing doom and drone while also incorporating more melody and beauty into the fire. Don’t roll your eyes if I suggest “artistic growth,” but that’s really what we get on this record that expands the Monarch! footprint but keeps their savagery intact. “Of Night, With Knives” is the 15-minute opener that revels in misery and Bresson’s dream-state singing, while “Cadaverine” is a disarming smasher, with abject heaviness and feral screams tying together the horrors. Then something like “Song of the Void” makes its mark in a little less than six minutes, making it one of the band’s shorter songs but a molten one with Bresson watching stars falling as static glaze wells to the surface. Another amazing piece of work from one of doom’s best bands. (Sept. 22)

33. BLUT AUS NORD, “Deus Salutis Meæ” (Debemur Morti): French black metal freaks Blut Aus Nord, led by the always inventive Vindsval, continue to make heads combust on “Deus Salutis Meæ,” the band’s 12th album and one of their most perplexing. We’ve gotten many different sides to Blut Aus Nord’s bizarre puzzle, and this one has the band unloading 10 tracks (which is a lot for them) over just 34 minutes (which is short for them). It’s one of those albums that once you hit play, it seems like the record is over before you known it, but part of that reason is because it’s easy to get immersed in this work and dissolve into the blackness within. The dizzying, strange cuts here include “Chorea Macchabeorum” that slips right into warped growls and enrapturing melodies; “Apostasis” that has guitar work that sickens and causes vertigo, while the growls go beastly and gurgle blood; and “Ex tenebrae Lucis” that combines robot voices, strange noises, bludgeoning power, and numbing singing. They highlight an album that is one of this band’s most listenable and smothering. (Oct. 28)

For more on the band, go here: https://www.facebook.com/blutausnord.official/

32. ACEPHALIX, “Decreation” (20 Buck Spin): It’s been five long years since Acephalix ripped our flesh off our bones, and now that it’s all grown back, they returned to harvest skin again with knuckle-mashing “Decreation.” The band switched from Southern Lord to 20 Buck Spin for this effort, and they respond with seven tracks that devastate for 39 minutes of destructive death metal violence. While it may have been some time since we last heard from them, nothing changed about their ferocity and urgency, pouring their disgust and pessimism into tracks that’ll have you pissed off right alongside of them. “Upon This Altar” is a dangerous gallop through landmines, as Daniel Butler’s fiery growls leave welts on your chest; “Mnemonic Death” leaves you in the dust, as the riffs burn everything in their path, and the thrashiness has a true Bay Area flavor; while “God Is Laughing” pokes its fingers into the wounds, twists, pulls out sinew, and splatters it against the blind faithful leading us toward hell. It’s great to have these guys back operating at such a devastating level. (Sept. 22)

31. BLACK MARE, “Death Magick Mother” (Magic Bullet): And now for one of the most interesting records anywhere on the list, Black Mare’s second full-length “Death Magick Mother” is an album that can make you feel like you’re under freezing water as you watch your life pass before you. The solo project of the amazing Sera Timms (of Ides of Gemini and formerly of Black Math Horseman) stretches into doom, dark rock, and gothic atmospheres as she unravels the all-too-relevant subject of women’s struggles in society, something that inexplicably remains the case to this day. This music is centered in pain and frustration, but the playing can make you chill out and meditate, hopefully causing you think about the matters that impacted songs including “Ingress Into Form” with its oil slick basslines and hazy singing; “Death By Desire,” where guitars scrape, and the rhythms pound away; “Babylon’s Field” that feels like a freezing drizzle; and “Inverted Towers,” where Timms dreams of extinguishing a flame between the eyes of her oppressors. Hopefully one day soon, songs such as these will remind us of a time and attitude that no longer exist. (Sept. 15)

For more on the band, go here: http://theblackmare.com/

For more on the label, go here: http://www.magicbulletrecords.com/site/