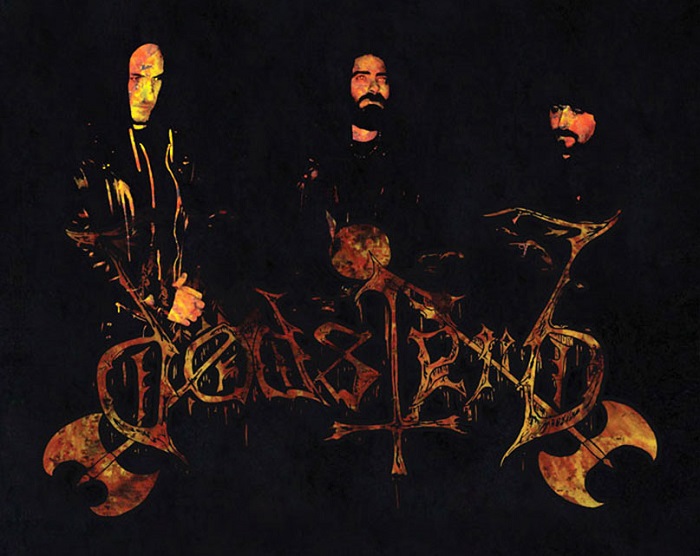 Few are the bands that remain interesting by doing the same thing over and over again. I know you’ll point to AC/DC and be like, “Argue that.” Well, no. I won’t. That’s a band few and far between, and I’d argue their gimmickry is what keeps people coming back. But even older bands such as Iron Maiden and Judas Priest try new things, which is why each record by them is its own adventure.

The same applies for long-running Greek black metal institution Dødsferd, who have been around the block a few times and return with their wrenching 10th record “Diseased Remnants of a Dying World.” Running off 10 records in a little under two decades is pretty damn impressive, and even more so is how the band has managed to tweak their sound over that time though never abandoning their base elements. This new record has some of the more daring, emotional, dark, and sorrowful material to date, yet it never skimps on the savagery and bloodshed. This is black metal through and through, but it’s not just that, as you’ll realize right away, mere minutes into this collection. The band—vocalist/guitarist Wrath, bassist Neptunist, and guitarist Setesh—ravage you over these five tracks and nearly 52 minutes, leaving you stunned and decimated once you hit the finish line. 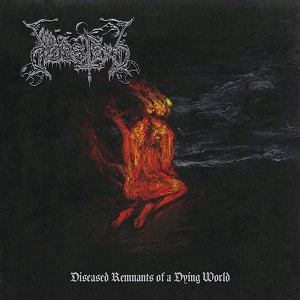 “My Father, My Wrath!” begins the record with winds blowing and a slow, reflective start. It’s the most surprising track on the record, as Wrath sings cleanly, practically soaring over top of the song. There are folkish vibes snaking through the piece, as guitars begin to sting, and we loop back around to the verses. The energy surges as wordless calls send jolts of power, and an acoustic/electric mix rises up and takes the song to its finish. “An Existence Without Purpose” runs 11 minutes and begins with crushing playing and wild roars. The track floods as Wrath’s growls choke with menace, and the riffs deliver heavy blows. Great soloing works its way in, while Wrath wails over the chaos, and the track erupts into furious violence. “Open your eyes!” Wrath commands as the track mashes wildly before bleeding away.

The title track is the centerpiece and the longest cut, stretching over 16:18. There’s a tempered start before piercing growls arrive, guitars glimmer, and then it’s into a pocket of doom. Storms rupture afterward, as the pace changes and the guitars swirl into the cosmos. Strange layers keep being added as Wrath howls desperately, the pace charges full speed ahead, and the climax of the song beings its crescendo, dissolving into fiery emotion. “Loyal to the Black Oath” has guitars jangling, Wrath’s voice slicing through the flesh, and fiery hell meeting up with Arctic cold. The guitars jar in the thick atmosphere, the drums rupture, and the pace drives relentlessly, with growls jolting before an air-infused finish. “Back to My Homeland … My Last Breath” closes the record with drums tapping, strings stirring, and Wrath’s tortured cries, preparing you for the outright anguish ahead. The track is scary and panic inducing, as screams mix with the racket, and the track ends dissolved into the putrid winds.

The morphing and adapting that Dødsferd have done over the years has been to their benefit, and they’ve managed to remain one of black metal’s least predictable bands. “Diseased Remnants of a Dying” world continues their campaign to never compromise and always pour whatever brand of darkness they see fit into their sound. There’s enough here to keep your imagination going or to just revel in outright, hate-filled skullduggery, whichever you prefer.

For more on the band, go here: https://www.facebook.com/OfficialDodsferd/