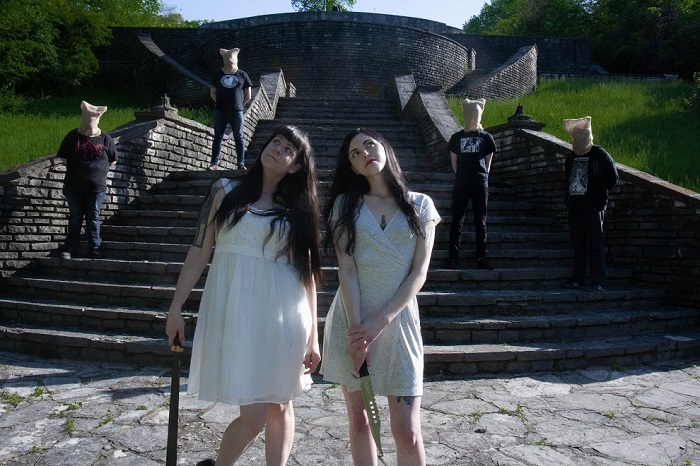 One of the more annoying things in a world full of them is when an artist with a platform gets shit for trying to sue their vessel to bring about political change. “Why don’t you concentrate on music?” Well, see, they are. It’s just that the message is more personal for them, and to write that off is the height of arrogance and shallowness. And fear. Especially fear.

St. Louis-based crushers Redbait never have backed away from a fight, and their new EP “Cages” continues their blast back at patriarchal politics and the oppression that comes from that, especially as it affects women, people who aren’t straight, and those of diverse ethnic backgrounds, as well as standing up for the rights of workers. If you’re embracing your red-white-and-blue tank tops and MAGA hats, this EP might be hard to digest. Good. It should light your gut on fire, because Redbait’s sure are burning as well. They also tackle issues such as addiction, animal welfare, and other personal topics, so you always get a bloody-heart-on-sleeves assault that should have you thinking and evaluating. The band—vocalists Madeline and Rebecca, guitarists B and W, bassist N, and drummer C—is utterly on fire on these five tracks that mix crust, hardcore, death, and more, and they leave proper bruising to remind you of what you just witnessed. 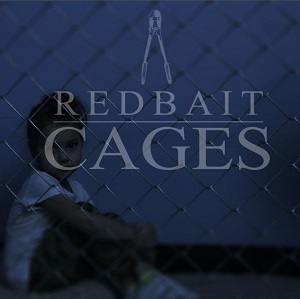 “Capital Gains” bursts out of the gates, as Madeline’s and Rebecca’s vocals jostle and punish, the pace gallops furiously, and a thick bassline lets the track slither to its end. “Our Town” has throatier singing, growls and shrieks meeting, and the riffs cutting everything to shreds. The growls decimate, with authoritative shouts of, “Shut it down!” while the track thrashes away. The title cut explodes with violent, cool melodies that swim right for a channel of muck. That slows things down pace-wise, but things remain impossibly heavy as growls and shrieks rain down, and noise barrels until it expires. “Bred for the Knife” stomps forward with dual guitars striking, as both singers deliver a charge, later declaring, “An individual is not a product!” Acoustics then wash in as warm leads soothe, and the track sizzles in a fiery finish. “Forever Ends Now” is the closer, starting with clean guitars and singing, then getting gazey and reflective. The tempo bubbles before shrieks break glass, the guitars churn and give off thick smoke, and a brief respite is destroyed with a devastating assault that ends the record on a blistering note.

This site always will be a friendly home for bands such as Redbait, who use their fury and venom to raise issues that long have been ignored and pushed to the background. “Cages” isn’t here to have a civil debate or let their detractors have a say, nor should it. It’s a blast to the mouth of oppressive politics as well as a voice to those who feel lost in society to remind them they’re never alone.

For more on the band, go here: https://www.facebook.com/redbaitstl/

For more on the label, go here: https://newagerecords.net/