Finding music that you can climb inside of and practically live there mentally doesn’t happen every day. In fact, it may only happen a few times a year for me. Being fortunate enough to hear just about every heavy music release that comes out each year also erodes the chance of developing a relationship with a lot of music, but sure enough, now and again it still happens.

A few weeks back, Former Worlds’ debut album “Iterations of Time” was taunting me from my inbox, tempting me to download it immediately despite whatever else I was doing. I was already a fan of their debut EP, 2017’s “Photos of Eve IX-XVI,” a single-track, nearly 18-minute opus that left me, and I’m sure others, curious as to what they could do with a full release. Now that their four-track first LP is here, we know the answer, and the wait was absolutely worth it. Fronted by Erin Severson and rounded out by bassist Mike Britson and drummer Eric Anderson, the band actually went through upheaval during the album’s creation when vocalist/noise specialist Boone Julius and drummer J.J. Anselmi amicably departed the band. It was up to Severson, Britson and Anderson to finish this tremendous work (a session vocalist was brought in for the vocal tradeoffs), and the results are, as I hinted earlier, music that you can get inside of psychologically and take the emotional journey along with the band. I’ve listened to this in light and dark, and there’s something about it that fits both moods. 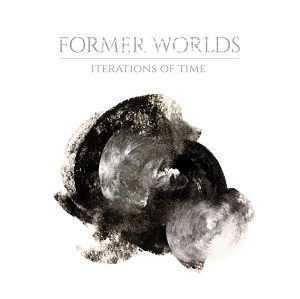 “Spectre” slithers into the room as Severson’s howls strike your chest, letting you in for your first taste of what’s ahead. She trades off dueling vocals here as the track pounds away before heading into a dreamy haze. That settles into your brain for a while before the band jars you awake, keys whir, and harsh yells deal blows. The drums burst as a cosmic vortex opens its mouth and savagely digests its remains. “Variations on a Cave” buzzes and crunches as it starts, while Severson’s clean singing reverberates through the atmosphere, feeling cleansing. Growls simmer under the noise before Severson’s wild wails return, leaving bruising on your psyche as the weights bears down. “Turn your back, ands they’ll break you,” Severson warns forcefully as the band hammers away, and the trade-off vocals sting before the song fades in noise.

“Palimpsest” runs 10:29, with Severson wailing, “We are the king of kings,” as the track takes on a punishing, deliberate pace. The vocals roar while the music hangs in the air, threatening, before the song opens up fully and delivers punishment, and then shrieks rain down like shards of glass. The song settles into ash as space static sends transmissions, leading toward moody playing that taps into your brain. The playing pulsates as a hypnotic haze spreads, growls enter the mix, and the track melts into the sky. “Widow Moon” is the 14:31 closer, opening with a bluesy swagger that enters a sludge pit, as Severson’s vocals mix with swirling doom. The pace goes from dangerous to serene while the drums echo, and Severson’s singing haunts and leaves you in chills. The whole thing feels surreal and awash in emotion as the track rips open again, roars shake your core, and the charge cuts into you. “Keep them safe, I will sing it to the sky,” Severson calls as the tempo pulls back and forth, making its final marks before everything burns into the ground.

There was a lot of anticipation around Former Worlds’ debut full-length, and “Iterations of Time” pays off richly on all of those hopes. Having the band change form in the middle of recording could not have been easy, but Severson and Britson stuck to their ambitions, reshaped the group, and delivered an experience that’s heavy, immersive, and heart wrenching. This is the first major step for a band that seems to have all of their momentum and hopes ahead of them, and it’s one we know we’ll be revisiting throughout this year and beyond.

For more on the band, go here: https://www.facebook.com/formerworldsband/

For more on the label, go here: http://www.initrecords.net/