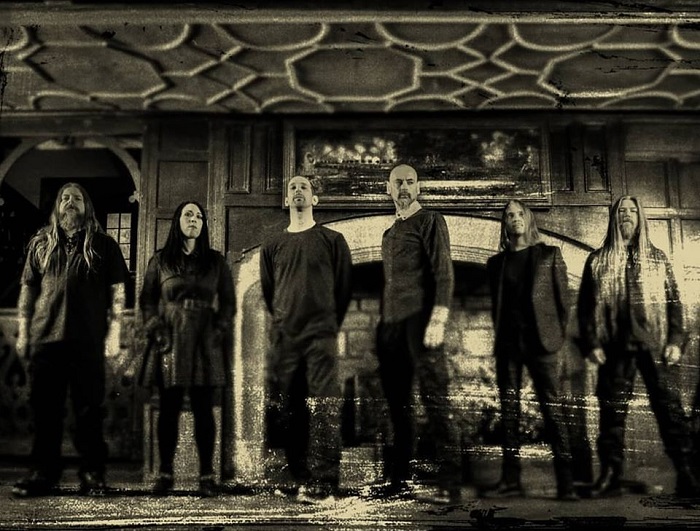 Life is cruel and often makes no sense, which sometimes makes it impossible to have any real hope or, for some, take solace in spiritual beings who apparently have our best interests in mind. It’s one of those reasons that when I find myself complaining about some mundane problem or thing that’s just annoying me, I make myself remember there are worse problems out there, and this will pass.

So, when you imagine all of the things that go wrong in this world, there are few things as senseless and devastating as a child having to stare down their mortality. That’s one of the many things that faced long-standing doom institution My Dying Bride in the time that followed their last record, 2015’s “Feel the Misery,” an album that had a title no one could have predicted would come true as painfully as it did. Yeah, the band faced untimely departures of some of its members since then, but that would be nothing compared to vocalist Aaron Stainthorpe’s 5-year-old daughter being diagnosed with cancer. Luckily for her and for the Stainthorpe family, she would defeat that heartless menace, but the emotional toll had to be enormous. That said, this and members leaving the fold served to galvanize My Dying Bride, and they return with “The Ghost of Orion,” a record that continues on the high note “Misery” struck and is an album that is pure MDB through and through. The band—Stainthorpe is joined by guitarist Andrew Craighan, bassist Lena Abé, keyboardist/violin player Shaun Macgowan, and drummer Jeff Singer—hammers through an eight-track, 56-minute gem that feels like the band is still reveling in their classic days, broken but unbowed. 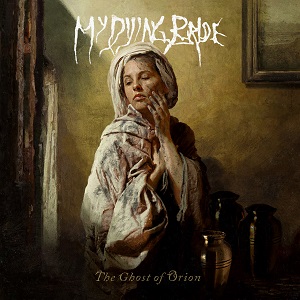 “Your Broken Shore” starts the record, and it’s an early indication as to just how powerful this collection is. Stainthorpe is of strong voice from the start, mixing clean vocals over the verses, harsher during the chorus as he calls, “The doom of your broken shore, it washes over me, hair woven of the sun and the sea.” A quiet haze of strings sweeps as the song pulls back and forth, ending on a fiery note. “To Outlive the Gods” opens up guitars as slow-driving despair scrapes the ground, and the chorus strikes you right in the chest. An emotional pall adds heaviness as Stainthorpe wails, “Ruin came slowly and devoured all of me,” as sorrowful leads flood, and the track trickles away in pain. “Tired of Tears” unloads gut-wrenching power as the strings darken, as Stainthorpe admits, “I know no life can live forever.” The chorus is weighty and gripping, as he calls, “Lay not thy hand upon, lay no hand on my daughter,” which strikes hard as he recalls his family’s rough past. The singing is passionate and heartfelt here, and the somber strings add the ideal level of darkness. “The Solace” features Lindy Fay Hella of Wardruna on vocals, as she adds a haunting edge to a song that only gushes guitars as the ambiance drifts over like a slow-moving storm.

“The Long Black Land” runs nearly 10 minutes and starts with quivering strings and deeper vocals, as Stainthorpe urges, “Listen to my voice,” as the skies blacken. A sense of calm arrives, cool winds blow, and the track feels almost nautical, lapping as the song begins to pick up again. Guitars coat with condensation as Stainthorpe urges, “Hold my hand, young one,” before the song comes to a melodic end. The title track is a quick interlude with clean guitars spiraling, whispers swirling, and the fog encircling. “The Old Earth” is the longest track, running 10:30 and immersing itself in clean doom. The vocals drip before the song begins to carve forcefully, and then fierce growls erupt and unleash grit and murk. The track hits gothy waters as grim growls drop their hammers, with the pace shifting violently, and mercy refuses to arrive. The playing beats down forcefully, strings moan, and then everything disappears into smoke. “Your Woven Shore” is a slight return of the opening track, lettings its melody swim through the body of the song, angelic voices sweep through, and the track spills onto mystery.

My Dying Bride had a stretch they surely would not wish in the worst of Earth’s enemies, but in the end, the most important issues were triumphed over, and we have “The Ghost of Orion” as a result. This is a record with which I spent a great deal of time ever since it landed in my lap, and it’s a master class of true blackness and dark chaos, of which this band has dominated in their three decades of existence. Hopefully the band’s darkest days personally are behind them and they continue to reward us with gut-wrenching, elegant doom for years to come.

For more on the band, go here: https://www.facebook.com/MyDyingBrideOfficial/

For more on the label, go here: https://www.facebook.com/nuclearblastusa/