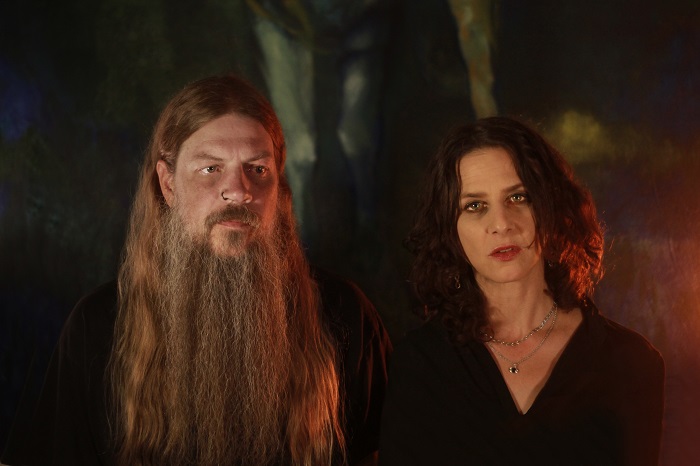 I had a discussion with a fellow writer a few years ago about instrumental music and the ability to tell stories within its confines. His assertion was that without words, there is no way to really push forward a plot. I countered that artists who truly understand the medium don’t have the limitations that words add to a story, and the ability to create an imaginative world is even greater. Obviously, I’m right.

A few months ago, I had a chance to see Insect Ark as they played the support slot for Oranssi Pazuzu, and when their 45-minute set was done, I had to go sit down to collect myself. Their sprawling, hypnotic music is delivered sans words, and their masterful grip was such that I was locked into what they were doing from moment one, and that didn’t relent until their final note. I had already been a fan of the band before seeing them, but their set elevated them to truly special status. All of that also paved the way for “The Vanishing,” the band’s new record and one of their most impressive albums so far. For this record, Dana Schechter (guitars, pedal steel, synth) is joined by drummer Andy Patterson (formerly of SubRosa) on a six-track journey that, if you’re willing to submit to their creative path, will take you on a mental excursion that will fuck you up at times, leave you breathlessly enthralled at other point. Schechter imagined a scenario of being lost at sea, with no hopes of being found, playing on the idea of just how small we are in our world and universe. That’s a hell of a concept to try to take on and not lose your mind in the process. 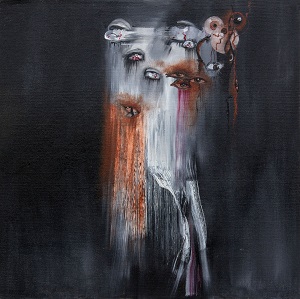 “Tectonic” starts with a thick riff, the drums kicking in, and the feelings inside you soaring. A Western vibe drips color over the playing while cosmic sounds swirl in the clouds, and the track keeps rumbling. The sounds disorient as they develop, slowly pummeling with fluttering keys and the track bleeding away. “Three Gates” leaks guitars strumming and the drums unfurling as dusty melodies work their way into the DNA, and things begin to slur. The playing stomps and chews while a psyche edge numbs, bowing out to the dusk. “Philae” arrives in a flurry of drumming as guitars whir and buzz. A mesmerizing haze intoxicates with churning guitars and the rhythm tapping away. Keys rise like a swarm of insects, slipping through the darkness, and hypnosis gets inside of you before succumbing.

“Danube” has strange noises creating a bizarre environment before guitars melt, and that leads into freezing solemnity. Sounds squirm and guitars weep, and then keys well up to create a thick mist that stings the skin before fading. “Swollen Sun” has the music swelling up, creating a thick gray stream that bathes in space murk. The playing hulks through the galaxy like a beam, decimating the surface as your mind is lost in a dream. The title cut closes the album, running a healthy 10:51 and slowly making its presence known. Lasers form and cut through the playing as the pace hovers, and the Western skies again hang over the song. Slide guitars darken the track while strange waves create frightful confusion, and that ominously slithers toward heavy chunking. The guitars make the room spin as the drums pace, letting your imagination wander, as the tempo and volume increase. The track doubles up its efforts to open wounds, while everything becomes a combined force that bleeds into the sun.

Insect Ark’s music doesn’t need words to be effective, which they prove convincingly on “The Vanishing.” This band is able to help you conjure visions and stories in your head as the music passes through your ears and spills into your veins, and where you go with that is entirely up to you. This record is another sold building block for Insect Ark, and the more people that come in contact with them, the more beings whose imaginations will be expanded for the better.

For more on the band, go here: https://www.facebook.com/InsectArk