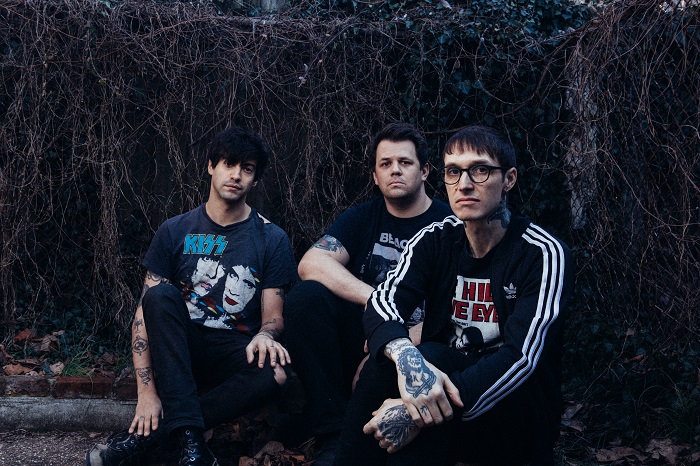 We live in a world utterly devoid of superheroes, despite there being thousands of movies about them that rake in a ton of cash. Oh, remember movies? Anyway, there’s something alluring about a character that isn’t a shining beacon of hope, that has flaws, that won’t always end up doing the right things. It’s the classic tweener in pro wrestling, someone neither heroic nor villainous.

That concept of antihero is what fuels “Shame,” the fourth record from Uniform, which is one of their most interesting pieces to date. Still immersed in noise-infested power (the band is ridiculously hard to pinpoint from a sound standpoint), though now with a live drummer, Uniform took a look at a character that’s just trying to get by, living through tumultuous times battling demons and issues just like any one of us would. There’s no big bad to defeat, no mountains to climb, no test to pass. There’s just the passage of time that the band—vocalist Michael Berdan, guitarist/production wizard Ben Greenberg, drummer Mike Sharp—weaves into these eight tracks that twist metal, electronics, hardcore, and punk that hammer home the monotony and droning of everyday life and endless tasks that never can be completed, all the while still giving into temptations. 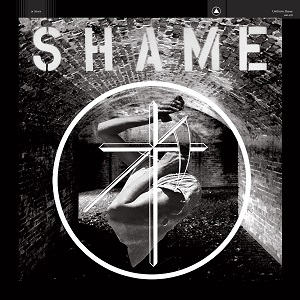 “Delco” erupts right away with Berdan wailing, “You are what’s been done to you,” which is actually as perfect summation of the album’s title for a lot of people (your writer included). The song’s title is short for Delaware County, were Berdan grew up, and the track scuffs you up with noise-infested guitars, drums that bruise, and the end simmering in anguish. “The Shadow of God’s Hand” has gnarly riffs and a slow-driving pace that grinds its gears and smokes heavily before the track suddenly speeds up and goes for broke, with Berdan lightning the torches. The drums destroy and the pace is manic, finally burning out in madness. “Life in Remission” has a blinding tempo when it starts, spraying shrapnel and grease as the playing thrashes heavily while the vocals mar your psyche. Static fills your head before panic ensues and causes an uncomfortable head rush before the back end is blown out. The title cut feels like it’s being beamed off a humming generator as synth waves crash, and the beats carve a path. “No one can save me tonight,” Berdan calls matter of factly as he later admits, “I am everything they say I am,” also an incredibly heavy statement. The emotional pall is thick and weighty, with the track ends in a jolt of unsettling power.

“All We’ve Ever Wanted” spills feedback as Berdan wonders, “How far will I have to go to feel anything at all?” as noise just pierces the ears. The playing blasts heavily as the menace spreads slowly, utterly punishing right to the end. “Dispatches from the Gutter” deals deadly blows as it’s fast and destructive, ripping screws from metal sheets as the guitars chugs and blast away at the earth. The vocals feel like they’ve been processed through a blender while noise explodes and draws to an abrupt end. “This Won’t End Well” has the drums destroying everything in front of it, leading a death march without mercy, with Berdan’s vocals mauling you in its clutches. It feels like a storm blown apart as a heavy sludge beating emerges, while everything is swallowed into a halo of noise. Closer “I Am the Cancer” draws inspiration from Cormac McCarthy’s Blood Meridien, with Berdan singing as the character the judge. The 7:51-long track rips from the gates as the playing curves toward hell, and death-like riffs bring heavy pain. Synth strangeness mixes with a hornet swarm of an assault, as your head fills with war, the guitars work catches fire, and Berdan howls, “God will not love you forever,” repeatedly as the track convulses in an ocean of reverberations.

Uniform dig deep into the machination and psychological DNA of a person with both redeeming and damning qualities who is not concerned with saving the day or burning it down, simply looking to find a way to survive. If we’re being honest with ourselves, there are parts of “Shame” where we can find many hints of our makeup, and there’s really no reason to let that defeat us. Sometimes just living to the next day unscathed is triumph alone, and those people can find their stories right in these songs.

For more on the band, go here: https://unifuckingform.com/

For more on the label, go here: https://www.sacredbonesrecords.com/