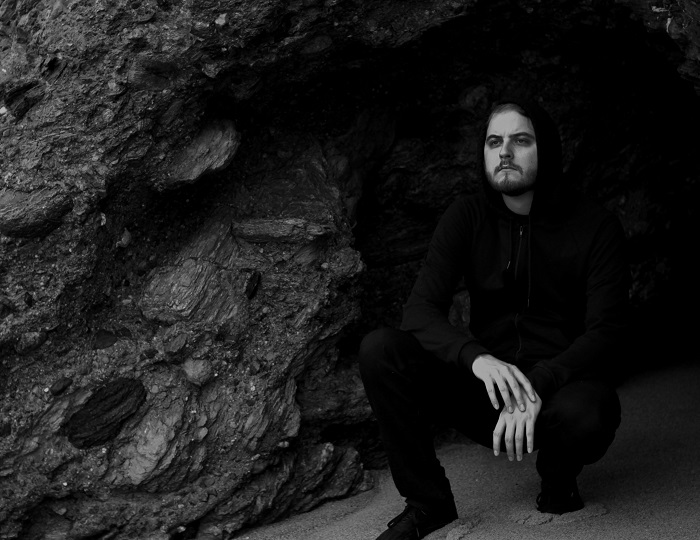 It baffles me when I meet someone who tells me they don’t pay attention to news or politics and just kind of live their lives without all of that stuff. Part of me is incredibly envious of being able to live in a state of oblivion when it comes to these things. The larger part of me is appalled that someone could just be completely disconnected from what is happening around them and everyone else.

Under the Mare Cognitum banner, Jacob Buczarski often has concentrated on matters of the great beyond through the solar system and the universe. But on “Solar Paroxysm,” the fifth Mare Cognitum full-length and first in five years, the focus is turned inward, meaning on issues plaguing planet earth that aren’t necessarily virus related. There is plenty of unrest, political upheaval and chicanery, as well as social matters that remain problems to overcome, even though seemingly half the people alive don’t recognize or care about these matters. As a result, this is one of the most ferocious records for this project to date as well as disruptive as this 5-track, 64-minute record throttles with very little space for you to take a breath. So, if you’re one of the people who is completely tuned in and living and dying based on what’s transpiring on this earth, the chaos will an easy thing with which to unite. 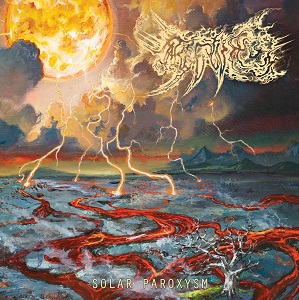 “Αntaresian” kicks off deep into a sound woosh before things tear open, and for 11:16, the energy is just relentless. Shrieks strike as stirring melodies keep your brain working, and the tempo just unloads and never quits. Atmospheric savagery and gazey fire unite as things keep stomping guts, and glorious leads light blinding fires that blaze the trail forward. “Frozen Star Divinization” runs a healthy 10:58 as riffs explode and blow things apart, while the drums pummel, and the emotion floods to the surface. Daring punishment and channeled melodies lead toward a renewal of destruction, with Buczarski’s shrieks digging into your ribs. Fury is whipped up again as shrieks and growls mix, giving savagery and brutality a new face, while the guitar work explodes, driving guttural thrills and a rush of power.

“Terra Requiem” runs 10:34, and it pulls back from the pace already achieved earlier, injecting a sense of sorrow and darkness into the mix. Shrieks and a storming pace add heaviness to the playing while a great cosmic swell immerses in alien intensity. The playing aims for the heart while forces head toward the sky, the vocals wrench, and the menace gets deadlier as everything swirls and comes to a punishing end. “Luminous Accretion” starts with the drums loosening teeth, feeling plastering and hazy, delivering punishing strikes. The playing takes on some classic metal tenets as it grows, with smoking soloing coming to life, and then Buczarski’s vocals getting even meaner. The vocals rip, the melodies hit a deluge, and a lapping lather covers you in metallic bubbles as it works into the void. Closer “Ataraxia Tunnels” is the longest track at 12:31, and it starts in space clouds that intoxicate. The vocals are vicious as the playing gets into the zone in a hurry as the drums rumble, and the leads flex their muscles. Like elsewhere on the record, the journey captures you and races through space and time as the drama increases, and a slight pause is merely a gasp before the floods return with no mercy. Your heart might be racing like mine was as we head into dizzying chaos, a hellish assault that knows no bounds, and a final rush that leaves sweat dripping from your body.

Anyone with a heart or empathy or sense easily could relate to what Buczarski is feeling and what inspired the music on “Solar Paroxysm,” one of his most intense and destructive to date under the Mare Cognitum banner. It’s been a frustrating time to be alive watching this country devolve into something out of a parody movie, only this time it’s real, and lives are at stake. This record contains all that volcanic frustration and anger, and all 64 minutes feel like a ball of rage ready to strike.

For more on the band, go here: https://www.facebook.com/MareCognitumMusic/

For more on the label, go here: https://music.extraconscious.com/