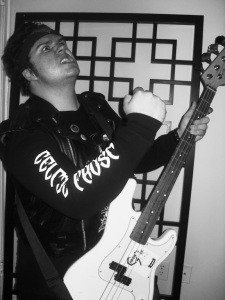 There’s a line from Louis CK’s live show “Hilarious” where he laughs at overly positive people for thinking good things one day will happen. “Why would something nice ever happen?” he asks without a hint of his tongue in his cheek. I can get on board with that assessment.

I don’t know anyone who’s had an awesome year. It seems it’s just a furious countdown to Dec. 31, 2011, at 11:59 p.m. when we all can bid this calendar year good riddance. To steal another line from CK, this year, life’s been “shit wall to wall.” When that happens, it’s nice to have something to make you feel a little better, no matter what that is. I’m not making any judgments at this point. If it makes you happy, have at it. For me, as usual, I’ve sunk into music, and when days are grim and pointless, I like something that acts as a little kick in the face or a reminder that it’s OK to be pissed off at everything that’s gone wrong lately. This week, I’ve been indulging quite a bit in the two mini efforts unleashed by Obsessor, both of which you can have in digital form for free.

The band is a one-man act headed by Brandon Ferrell, who also plied his trade in bands such as Municipal Waste, Government Warning and Direct Control. He’s since gone on to become a record store owner, certainly not an easy role in this economy, and now is diving back into the world of punk-flavored thrash with his new band. As someone who remembers when thrash was in its infancy (meaning I’m old as hell), these two efforts and four tracks make me feel really nostalgic. Now, I know you’re probably wondering if I’ve missed this whole thrash revival business, and obviously I haven’t. I’ve even written about a few on the bands on this site and even liked some of the music. But rarely do those bands really capture that same magic and danger. But Ferrell manages to do just that with Obsessor, and it couldn’t make me any happier. 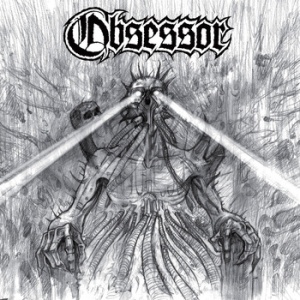 It’s typically not cool to throw the Metallica comparison around, but at one time, they were the world’s most exciting metal band. I remember hearing “Kill ’Em All” for the first time in its original pressing and not knowing what to make of it. But holy hell, was it awesome. Obsessor embodies some of that same spirit. The D-beat tag has been applied to Ferrell’s music, as well as homage to Celtic Frost, Bathory and Venom, and that’s all here too, but I keep coming back to the fact that I’ve not heard  music in some time that this perfectly connects me to how I was moved the first time I heard and indulged in thrash metal. It’s a welcome trip back into time by a musician who couldn’t be more modern. 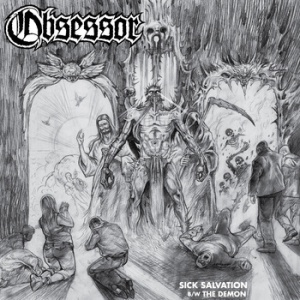 Funny enough, as close as Obsessor is to Bay Area punk-emblazoned thrash and early Euro black metal, Ferrell is from Richmond, Va. But that’s a hotbed of metal in its own right, and he certainly has absorbed and understood the genres he tackles. On “Obsession,” he unleashes two tracks of furious metallic warfare that are riff-heavy, crushing, throaty and bruising. Both the title cut and “Underworld” dash by in a flash, and if you’re like me, you’ll find yourself continually hitting repeat to take it on again. “Sick Salvation,” his most recent release, is much of the same thing, though the music sounds a bit more refined. That’s not to suggest it’s polished, because it thankfully is not, it just sounds like Ferrell’s ideas are really coming together. On the title cut, he spits out, “Your clock is ticking … Your time is ticking away,” sounding like a vintage thrash-style warning that should have you running for cover. “The Demon” is the most reminiscent of punk and classic hardcore, as he shouts and mashes his way through the two-minute mangler, making you wonder what kind of violence he could dream up live.

So yeah, bad week, bad year, this stuff makes it all feel a little better. This is music that makes you forget the daily crap just because it’s so fun and heavy.  And as noted, it reminds me of when I was a high school hesher standing out in a crowd of jerks who were listening to bad Top 40 and would look at my back-patched jean jacket and scoff. I bet those people are still assholes.