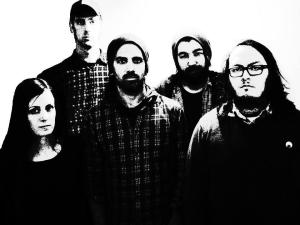 As more bands adopt the “do shit yourselves” model, the ones that have been doing that thing pretty much the entire time they’ve been in existence are going to be the ones leading the way while everyone else catches up.

It’s not that you can’t operate with a label behind you. Bands like Jucifer and Dillinger Escape Plan have tried to take as much control as they can of the operations for their respective groups, though both have plied their trade for record labels at the same time. Jucifer especially, who are nomads and work to ensure their model works best for them. These bands seem to have a more intimate connection with their fans and certainly seem way more like one of us. That’s because they are. There’s no pretension, no sitting above their audience, and that makes for a fanbase more invested in the band, even if that doesn’t necessarily mean playing larger halls or making more money. 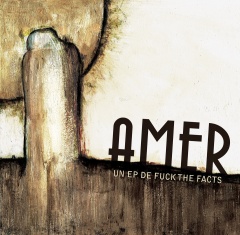 Canada’s Fuck the Facts is another band that’s done whatever they feel like doing for their entire run, be it touring or creating, and even with a label like Relapse behind them, they don’t lean back and relax in their arms. In fact, the band seems to put out more music on their own than for Relapse, and it feels like every months FTF have something new to offer their fans. Their discography listing on Encyclopaedia Metallum is borderline hilarious. It helps greatly that everything they put out can damn near peel the paint off your walls with its intensity and power, and they certainly don’t gouge their listeners. Now, the Canadian postal service is another story. FTF’s downloads are insanely affordable, and if you do spring for physical copies of their output, you generally get a package you can tell is hand assembled, adding another personal touch.

The band is back again with a new EP “Amer,” a seven-track effort you can have digitally, on vinyl, or on cassette, and it shows FTF making more strides creatively and continuing to morph into a new monster every time out. The band certainly retains its grindcore roots, but they’ve added a lot more classic heavy metal and rock swagger over the years, and that’s on full display on this effort. Another noted difference is the amount of vocal contributions from other band members to complement Mel Mongeon’s banshee wails. Bassist Marc Bourgon and drummer Mathieu Vilandre also howl and growl over some of these songs, adding a new dynamic to FTF’s sound and giving Mongeon other presences to play off of while she’s killing you. The rest of the band is rounded out by guitarist and founder Topon Das (who also produces music for a number of killer bands), the only remaining member who has been around since the beginning, and guitarist Johnny Ibay.

The record gets off to a simmering start on “Une triste vue,” with melodies that swirl and chafe, military-style drumming, and growly singing that sets to stage for Mongeon to come in and rip the walls down. Immediately the use of dual vocals pays dividends and shows a different, more chaotic side of FTF. “Vent du nord” has harsh screams, sweet power metal-style guitar runs, growls that mix in with Mongeon’s demonic wails, and even some monstrous prog-fed punishment to give you a few more kicks for good measure. “Panser la plaie au lieu de soigner le mal” opens with Mongeon sounding possessed and unstoppable, as the guitars stab and boil, and the band reaches a quaking level of bone mashing.

“A Void” is a curious little cut with humid, sweaty guitar clouds that hang in the air, setting a mid-paced tempo, and burly growls are the only words we hear on the track. Then it’s into “Jour de souffrance,” a grinding, gurgling cut that rolls in broken glass and bleeds everywhere. Mongeon is on fire once again, and the band makes great use of the shorter space with an effective burst of violence. “L’enclume et le marteau” has a massive hardcore-laced edge, with a bursting breakdown coming at the song’s midpoint, and all three vocalists practicing an all-throats-on-deck approach to their messaging. It’s a pure fireball of frustration and rage. Closer “Amère” is a curious one that begins with experimental guitar hissing and charging that rises up, erodes, then fades into the background. That’s before this muddy bastard really gets it feet moving and mooshes you face-first into a wall, with Mongeon screaming emotionally as if seeking meaning and understanding. Behind her is a rather somber melody that’s unlike anything else on this record and is another example of the band’s dexterity as players and writers. Then it blows up and destroys your life.

Fuck the Facts certainly are not devoid of inspiration or creative means, as they seem to have something meaty for us every year in which to indulge. “Amer” is another satisfying mini-portion from the band that’ll keep you full until they serve up another full-length or even an additional smaller release. Whatever it ends up being, we’ll be ready to listen eagerly because Fuck the Facts always have something thought-provoking and challenging to heave at us, whether we’re ready for it or not.

For more on the band, go here: https://www.facebook.com/FuckTheFacts

To get the album, go here: http://fuckthefacts.bandcamp.com/