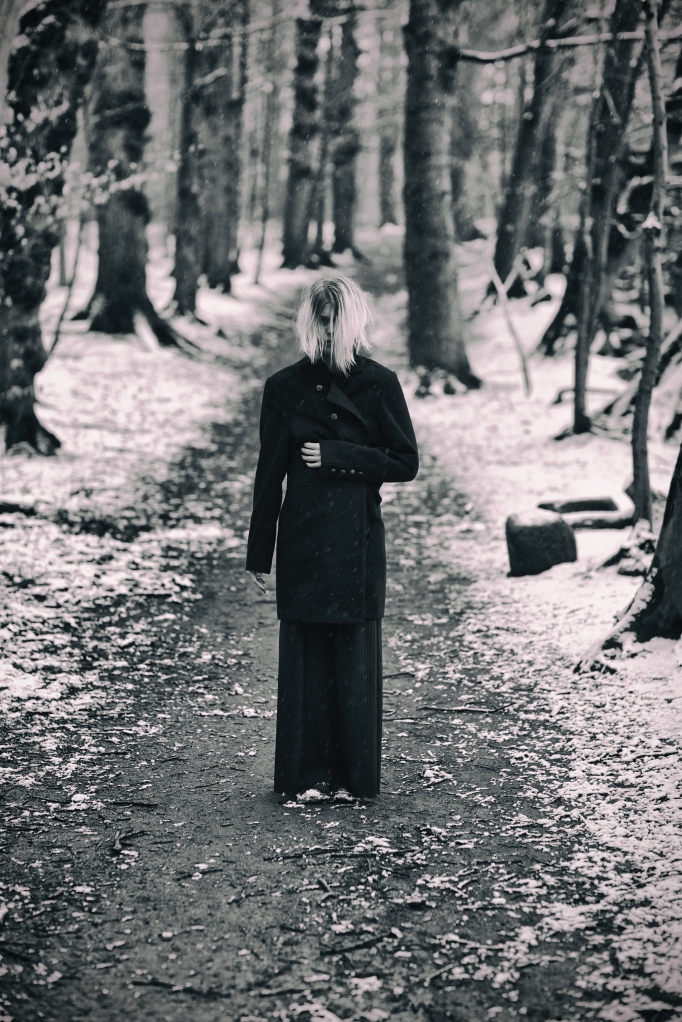 I’m calling bullshit on Relapse Records. Oh, sure, they’ve brought us incredible records this year from bands including Black Anvil, Mortals, Iron Reagan, and more. But I cannot condone the label tapping into Napalm Records’ e-mail and stealing away a band that very well could have been theirs. How dare you, damn you?

OK, so maybe I have no evidence to support my claim. Maybe I’m just making things up to give me a provocative introduction to this piece. Maybe I’m flat out lying. OK, all three of those things are the case, but damn if the self-titled debut from one-woman Danish black metal band Myrkur doesn’t sound like it should be rolling out alongside those Striker, Audrey Horne, and Lonely Kamel records. If ever there was a band that sounds perfectly created for that label, it’s Myrkur. But Relapse beat them to the punch, subterfuge and shady shenanigans totally imagined by me. This seven-track EP arrived in my inbox during the spring because of magazine duties elsewhere, so I’ve had more than enough time to hear and digest this effort by this mysterious artist who, far as I know, is a newcomer (NOTE: It’s since been revealed Myrkur is Ex Cops’ Amalie Bruun, to the horror of crazy people everywhere. I tend to embrace things that get knee-jerk rejected like this, so I’m buying this on fucking vinyl now). And to be honest, I’m glad I’m doing this piece now instead of in May, because I have a completely different feel for this effort than I did months ago. Now I’m kind of excited about it. This is an interesting, different signing for Relapse, and I’m super curious to hear where this act goes from here. 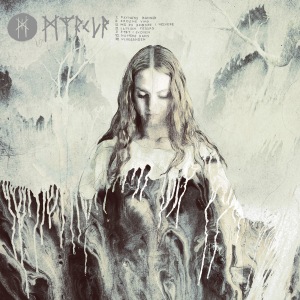 The word Myrkur means darkness in Icelandic, and that’s pretty much what we’re met with when dissecting the woman behind this music. Only recently was there enough info online to cull some biographical notes, but even those are rather sparse. What we do know is she has a knack for mixing light and dark, savagery and beauty, and the comparisons to bands such as Deafheaven and Ulver are pretty close. There are a lot of things going on here, from harsh black metal to woodsy folk music, and while fans of the Napalm label might eat this up, so should those who swear by Relapse’s increasingly daring, diverse roster. Taking a chance on this act was a good idea, and while there still are many ideas on this record that could use more development, it’s a compelling listen that really grows on you.

“Ravnens Banner” begins this collection with angelic choral parts (a staple of Myrkur’s sound) running into strains of elegant black metal that pulverize. The drumming is a little rote (I’m assuming that’s a drum machine on this record, which could explain why), but the vocals gash you, the melodies are stirring and exciting, and there’s darkness all around. “Frosne Vind” changes the pace and delves into lush, Euro-style folk. Acoustics paint the picture, while her swelling vocals rush to the surface. “Må Du Brænde i Helvede” attacks right off the bat, with blistering, dark guitar work emerging, Myrkur unleashing her first growls on the record, the melody jabbing at you, and even some folk coloring in the background. The leads sprawl and burn, only dissipating toward the end when calmer strains bleed in and take the song to its hushed finish.

“Latvian Fegurð” has more heavenly choral sections setting up, and the music makes you feel like you’re walking through a chilly, early morning mist. The lead work bursts with melody, the vocals float over the music like a cloud, and growls eventually emerge from the thick muck. The song has a New Age feel to it at times, and it’s a pretty stellar track. “Dybt i Skoven” has more of a post-punk atmosphere, especially with the guitar work, and while it has its filthy, dingy moments, much of the song feels more atmospheric and gazey. Nice changeup, actually. “Nattens Barn” starts with ghostly a capella vocals before they’re met by stormy passages and sped-up intensity. The vocals sound vicious at times, with the guitars getting raw and the pace trucking forward. The final riffs pierce the flesh, the leads keep charging, and everything is left in a cloud of smoke. Closer “Ulvesangen” is a brief, vocal-led outro that doesn’t last long but sure makes it feel like winter is on its way.

Myrkur’s debut isn’t perfect by any means. Some of these songs seem to end prematurely at times, and the ideas here could use more exploration. But it’s her first EP, and there is plenty to be excited about going forward. I would imagine on future releases, the songs get longer, she gets bolder, and this band really rounds into shape. This is a debut EP worth exploring and savoring, and it’ll be nice to hear where this band stands a year or two down the road.

For more on the band, go here: https://www.facebook.com/myrkurmyrkur