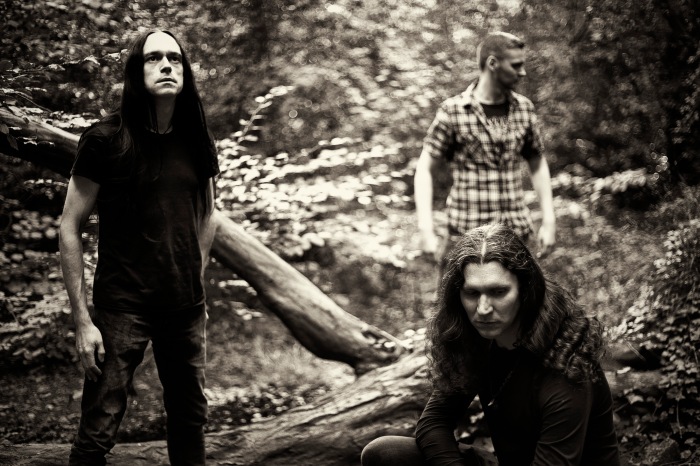 When the digital promo for “Carrion Skies,” the latest album from British progressive black metal band Fen, arrived in my inbox, I had a pretty strange reaction to it once I downloaded and absorbed it the first time. I thought the music would sound ideal traveling on Thanksgiving Day visiting family and friends.

That doesn’t sound very cult (or kvlt), but I had the same reaction to Agalloch’s “Marrow of the Spirit” a few years back, and sure enough, that was the holiday’s soundtrack. The tracks don’t sound like something that would fit behind a warm family gathering or anything, but the music feels like what I’d want to experience doing a load of driving, gazing at leafless trees, and getting beaten by the cold. Yes, Fen, a band named after a territory in England called the Fens, a relatively marshy region near where the band members grew up and took their inspiration, is going to be playing in the car that day while I try to figure out a way to battle my annoyance. The music on the band’s previous three full-lengths all feel like something borne out of nature and are ideal for enjoying during the late fall. We’ve had a lot of that music on these pages the past couple weeks. I guess we’re just getting a great deal of art that works well in the current season. 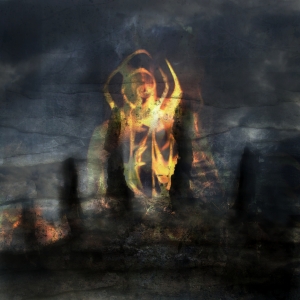 “Carrion Skies” is a natural progression for Fen from last year’s “Dustwalker.” The melodies are bigger, the black stuff is grislier and has sharper teeth, and the progressive elements are far more realized and dominant. Fen—guitarist/vocalist The Watcher, bassist/vocalist Grungyn, and drummer Derwydd—are developing much in the same way Opeth did before them, but with these guys maintaining and even sharpening their metallic edge. As for their storytelling, both musically and lyrically, the guys are branching out and unafraid to embrace myriad emotions, sounds, and shades, and that daring mission has made the band even more interesting than they already were.

“Our Name Written in Embers Pt. 1” is the opening epic on an album full of lengthy compositions, and it immediately carries you under the roaring waves, with charged-up playing that should get your adrenaline racing, harsh growls that blister the skin, and great melodies roiling with the thunder. We noted Opeth earlier, and there are times when the band feels like they’re walking the same path as those Swedish prog warriors, injecting color, mood, and texture to the piece. There are jazzier parts, where the song seems to be trickling like water, and the track finishes with an aggressive pace, growls that ignite, and a blistering final few moments that take this song into the mist. “Our Name Written in Embers Pt. 2” follows right out of the end of the first piece, with guitars bending, melodies breezing along like a draft in the woods, and things eventually breaking out into fire. The guitars chug heavily, with the vocals sounding menacing, and the end is colored with cascading playing, gorgeous compositions, and wild cries that feel animalistic. “The Dying Stars” steps out of the cold with an adventurous start that toughens up with muscular guitars. There is a woodsy feel to the carnage, and that eventually meets up with calm passages that provide a chance for a deep breath and reflection. The leads guitar work gets dark again as the track winds down, and the growls devastate everything.

“Sentinels” changes things up a bit, diving into the deeper end of the progressive pool and delving into psyche rock territory that could help you see the stars. Naturally, the song tears open, with creaky growls telling the tale, powerful melodies bursting everywhere, and some playing that reminds of Rush at their most propulsive. Some alien-like clean vocals slip in, giving the song a cosmic feel, but eventually it’s back to abject heaviness, growls that sound like they scar the throat, and wrenching passion that is undeniable. “Menhir – Supplicant” is the second-longest cut at 11:51, and it bathes in spacey ambiance while the band takes its time setting the scene. Savagery and madness arrive, with monstrous growls tangling with creative guitar playing, making the track one hell of an interesting struggle. A dialog kicks in at one point, seeming like a message being delivered by the gods, and from there the cut gets into dreamy gaze and a final assault of breath-taking tempo changes. The 12:54-long finale “Gathering the Stones” is the lengthiest song on the record, and its bones rip out of a comfortable ambiance that you know just cannot last. Emotional singing balances the monstrous growls on the song, giving it dual personalities, while psychedelic effects ensure your mind goes swimming in fog. There is a last push, as the guitars rage heavily and the vocals deliver menace along with them, but the last few minutes are bathed in calm, as the listener gets set down easily on the damp leaves after one hell of a journey.

Fen’s music just gushes with emotional and soul, and the further these guys advance in their career, the better they get as a band. “Carrion Skies” is their most ambitious, full-bodied record to date, and it’s one that reveals new sides to it each time you take a journey with the music. If you’re into bands such as Winterfylleth, Falls of Rauros, and aforementioned Agalloch and haven’t yet discovered this band, get ready to have the rest of your year fully occupied by this great new record.

For more on the band, go here: https://www.facebook.com/fenofficial