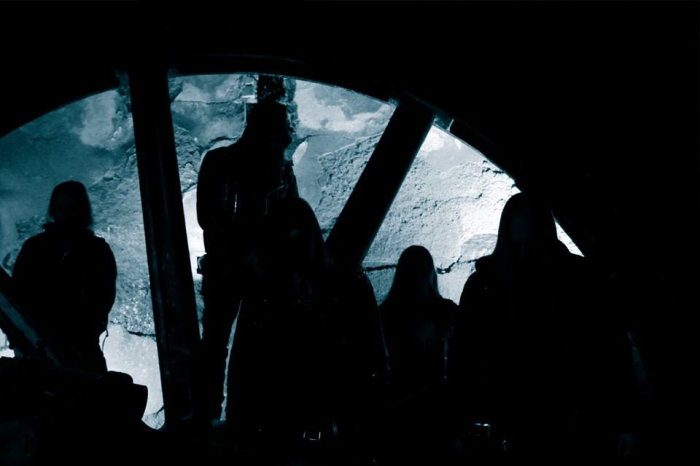 We generally don’t do a whole lot of demo releases around here, for myriad reasons. Primarily, there is so much new music to evaluate each week, and the process of picking 5 or so each seven-day period is a major, stressful task. Another reason is with so many demos circulating, it’s terribly difficult to hear even a fraction of them.

But now and again we do get something that piques our interest, and that exact thing happened with the four-track effort from Swiss band Antiversum, whose “Total Vacuum” is being spread across the metal underground by Invictus Productions. It’s difficult even telling you very much about this band, because the members involved operate in the shadows. Their Facebook page reveals no members’ names, and their Metal Archives entry also is devoid of ownership for this dark art. What we can tell you is this band’s music is a thunderous, storming amalgamation of black metal, doom, and death, shot directly into a vortex and aiming to leave you dizzy and on the floor. If this band’s profile isn’t much larger a year from now (from an overall group standpoint, of course), we’ve failed as a metal community or the band doesn’t exist anymore. Those are the only two sensible reasons if Antiversum isnt a household name for folks who read this site and others like it. They’re just too good and intriguing. 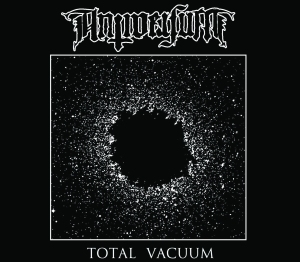 Opener “Finis Aeternitum” starts with a pocket of strange noise before it leads into a healthy serving of doom-laced darkness complete with harsh growls that prick the eardrums. The fury keeps building as the song goes on, with the drums being crushed, a new level of intensity uncovered, and guitars spiraling off and helping create a dizzying conclusion. “Vetus Angelis” erupts right away, with the guitars leading the assault and a sense of raw carnage permeating the whole thing. The band storms and trudges heavily, and even when the pace slows and things grow more methodical, it’s only a quick breath before they hit full onslaught mode again. The band keeps firing away, entering into a mud pit and eventually allowing the viciousness to dissipate.

The title cut is absolutely volcanic, thrashing, and mauling from the start and levying total punishment along the way. The growls again are relentless and monstrous, with the band achieving a level of infernal chaos but, at the same time, finding a way to be hypnotic and mesmerizing. While the band does let the storm subside here and there, it’s always back into the furnace, as the closing minutes re-engage their bloodthirst and send you on your bruised, woozy way. Closer “Adventus Finis” opens in a haze of dissonance, giving off a vibe that reminds of Portal with them soaring down the rabbit hole of oppressive death. There is a nice bit of atmosphere that settles into the middle of the cut, but when the bottom eventually drops out, it leads into the heaviest, chunkiest part of this release. The mashing is nightmarish, with the vocals turning up the intensity tenfold, as it all gets sucked into a black hole of noise that spins and shakes your organs and eventually turns into dust.

While just a demo, “Total Vacuum” does in fact live up to its name by sucking you right into the madness and holding you in its container forever. This is a promising first step for this band, and perhaps because their profile is non-existent from a personality standpoint, they can continue to operate in the darkness and produce more great transmissions such as these. This is a band whose name you’ll want to carve into the back of your mind for proper storage. Trust me, you’re going to need that information in the future.

For more on the band, go here: https://www.facebook.com/antiversum

For more on the label, go here: http://invictusproductions.net/