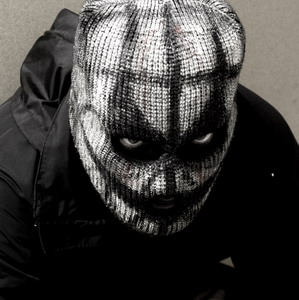 This isn’t exactly the kick-off to the week for which we were hoping, but, as has been reported elsewhere and was confirmed this morning by Prophecy Productions, Lifelover guitarist/lyricist/all-around brain trust B (real name Jonas Bergqvist) has been found dead. Below is the text from the release Prophecy sent to media outlets:

On the night of the 9th September, Jonas Bergqvist, a.k.a. ‘B,” founding member, main composer, and guitarist of Lifelover, died unexpectedly. The cause of his death is still unclear and has yet to be established.
The message of Jonas’s passing came as a surprise to the Prophecy team. Hence, we lack the appropriate words for this tragic event. To us, Jonas wasn’t just a very creative artist, but also a pleasant and enthusiastic person. It is for certain that we won’t be the only ones missing his character, his passion, and his unique musical language.
In the face of this tragic loss, we would very much like to extend our heartfelt condolence towards Jonas’s family, his friends, and the remaining musicians of Lifelover.

The band’s darkly melodic black metal rock was infectious and seemingly dripping with suicidal tendencies. In fact, their most recent album “Sjukdom” was sold in a box set form that included a syringe, razor blade and strip of barbed wire (see inset photo). So, you kind of get the aura they were going for with their music. That’s not to suggest B had anything to do with his demise, because I never knew him and have no business putting that idea out there. It’s just tragically odd how they packaged their last record with what happened a few days ago. It could all be a giant coincidence, but really, who cares? A gifted, talented musician is no longer with us, and no matter how it came to pass, it’s profoundly sad. So let’s not make any guesses until we know the facts.

Lifelover really seemed to be picking up steam with their new record, which followed the re-release of the band’s 2008 album “Konkurs,” their third effort overall. “Sjukdom” only compounded the group’s popularity, and they seemed ripe to break out to a larger audience, who would revel in their morose, yet often disturbingly humorous, music. Sadly, the band seems to be at its end, and with the loss of such an important player, it only makes sense Lifelover follow B into the night. All of our thoughts, prayers, well wishes, whatever’s appropriate to B, his band, and his family and friends.

For more on the band, go here: http://www.lifelover.se/

For more on the label, go here: http://www.prophecy.cd/