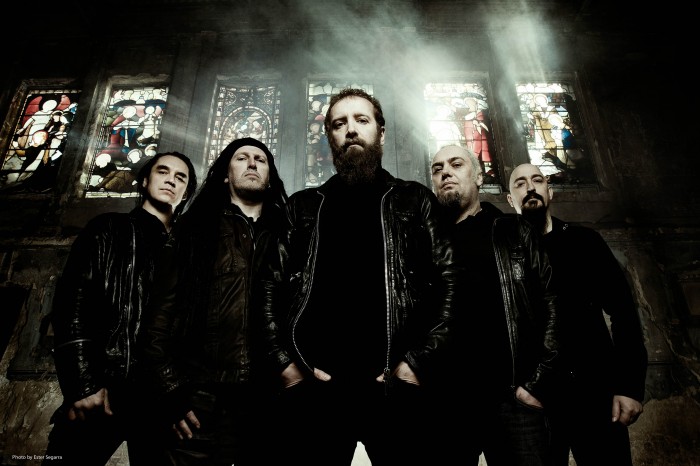 Paradise Lost have nothing to prove to anyone. No one at all. Over the course of their storied career, one that has been rich on content, faced times of fervent backlash from some, and spawned a million disciples, they have carved out a legendary status and have been recognized as one of the most important bands in the history of doom metal.

So when a record such as “The Plague Within” arrives, it tends to have a profound, powerful effect on people like me who have followed the band’s long, curved track. As bands go on, they tend to mellow or even out, no longer connecting with rage and turmoil of their younger selves and finding different ways to express their darkness. Paradise Lost, however, do not operate that way. On this 14th record, they have delivered one of the most satisfying platters of their run. Not just because it’s significantly heavier and harsher than anything they delivered in the past decade. Yeah, one can point at Gregor Mackintosh’s death metal band Vallenfyre or Nick Holmes current stint fronting Bloodbath as potential reasons these 10 songs are so emotionally and physically brutal. But that would cheapen this record. Instead, it sounds like the two members’ inner fires are burning as savagely as ever, with the other guys also boiling over with passion and chaos along with them. 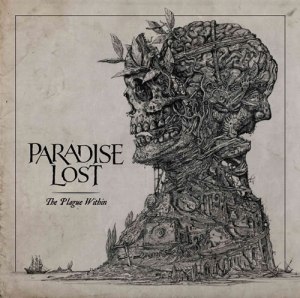 Mackintosh, the band’s longtime guitar player, and Holmes, their dark voice through their entire nearly three-decade existence, are the members of this band that get the most attention and focus. On top of that, their other bands were top attractions at last weekend’s Maryland Deathfest, letting them stretch their sinewy grit. But let’s not forget their crucial others members, who provide the solid backbone to the Paradise Lost legend. Also on guitars is Aaron Aedy, on bass is Stephen Edmondson, and the “new guy” (well, he’s been on board since 2009) on drums is Adrian Erlandsson, who also plays with Vallenfyre, as well as moderately kind of hugely influential At the Gates. The band pours everything they have into “The Plague Within,” the follow-up to super strong 2012 effort “Tragic Idol,” and may make long-time fans remember why they fell in love with the band in the first place. Paradise Lost’s darkness never stops giving, and the blazes never are satisfied.

It doesn’t take long at all to know things have taken a turn for the dour on opener “No Hope in Sight” tells you that from its title, then it welcomes you into murk. Holmes’ growls are gravelly and grim, though as the song develops, he brings back his solemn singing voice, and the guitar work is riffy and solid, adding muscle to the admission, “It’s a battle as the years start to fade.” “Terminal” has guitars charging, the vocals coming on the winds of rage, and the bulk of the song damp and crunchy, with the doom hammer leveled toward the end. “An Eternity of Lies” is a really great one, beginning with chambery strings and synth washing over the scene, with Holmes delivering a gothic-style performance on the riveting chorus, where he charges, “Fear the isolation,” as well as for lines such as, “All my dreams are make-believe, a sorry endeavor.” “Punishment Through Time” also promises misery, and it brings it in heavy chunks, with thick riffs, howled vocals, a nice bit of soloing, and an effective punch delivered in a compact package. “Beneath Broken Earth” is another high point, as their doom unfurls, the growls come elegantly, and the band hits a funeral doom note, with Holmes later howling, “You wish to die!” It keeps lapping slowly and heavily, giving the first half of the album a harrowing finish.

Weighty strings greet you on “Sacrifice the Flame,” a track that again trades off between growling and singing and that gets a nice boost of energy from the rest of the band. It’s a really strong song that sticks with you and burns the entire way. “Victim of the Past” also takes its time and follows a slower pace, with synth bleeding through the song, and the bulk of the thing feeling like a cold autumn day, when your psyche is at its lowest. The melodies cascade, feeling oppressive and ominous as it reaches its end. “Flesh From Bone” turns things back toward the violent end, with black metal-style flourishes bringing added darkness and the track coming at you with a fierceness. This one is purely devastating, a raw dose of death metal devastation, and it’s the heaviest damn thing they’ve done in a while. “Cry Out” is another one that could be a live favorite, as the riff swaggers with attitude, the tempo punishes, and the easy chorus could inspire their crowds to howl that back with Holmes. He rallies “sinners against the world,” while the band keeps the intensity high until it all burns out. Closer “Return to the Sun” has a theatrical open, with keys and choral chants, before it tears open with a death-like hammering and steady assault that keeps the punches coming. “Please don’t look inside my mind, a place you’ve never dreamed,” Holmes warns as the band ignites a few more emotional fireworks before this powerful collection comes to its conclusion.

Now 14 albums into their incredible journey, Paradise Lost still are delivering astonishing music that should amplify your own morbid feelings and satiate your anger. “The Plague Within” is a record that challenges the doom status quo from a band that helped build the foundation. This is a kick in the backside for all of doom from one of the key architects, which should serve as a wake-up call to everyone.

For more on the band, go here: http://www.paradiselost.co.uk/

For more on the label, go here: http://centurymedia.com/