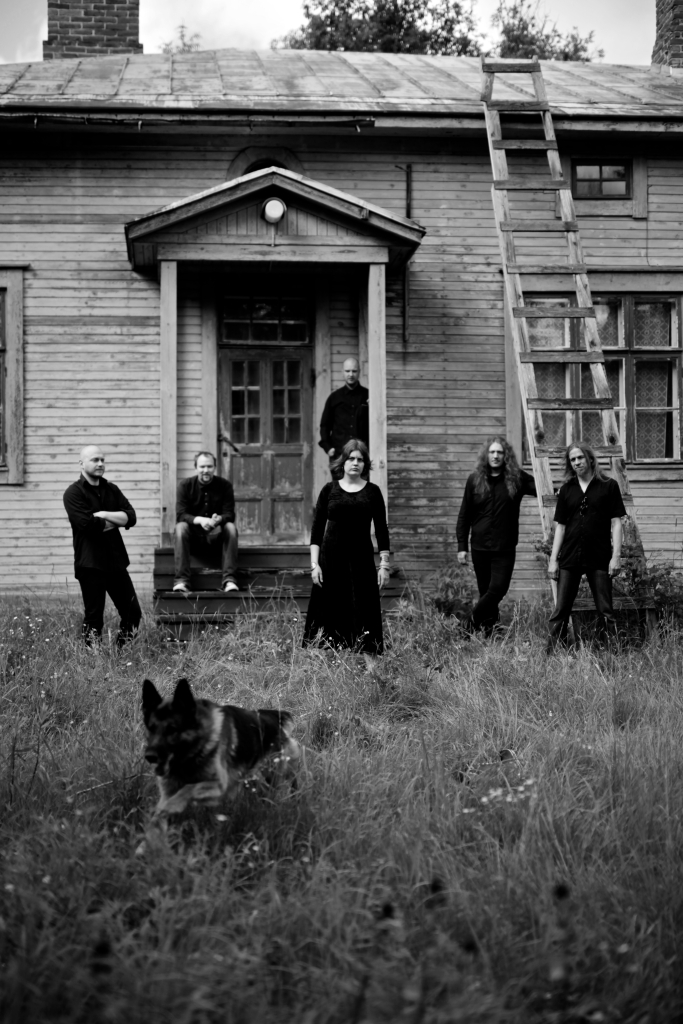 It’s the end of the year, we are on our final pick of the week for 2015, and we’re capping things off with an exciting, head-swarming album that has been one of the most anticipated releases of the fall for this site from a band that we are not afraid to say is one of our favorites going right now. Look, we may be writers, but we’re human. We know what we like, and we love Jess and the Ancient Ones.

Seeing the band tear through an enthralling opening set before King Diamond played last autumn in Pittsburgh was a huge 2014 highlight, but now having the band’s brand new full-length album “Second Psychedelic Coming: The Aquarius Tapes” in hand is yet a step above that. You can learn a lot just from paying attention to the record’s title. “Psychedelic” is a descriptor they’re not just throwing out there; this record is trippy as hell and feels like a hippie cult dancing riotously around a blaze in the middle of the wilderness, paying homage to whatever dark gods, goddesses, and spirits they care to praise. This album is a portrait of change, though not radically, and is an enthralling, invigorating collection that keeps their occult leanings very much in the forefront but also pays huge when it comes to taking on a record that’s just a really damn good time. 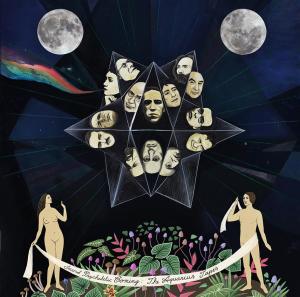 “Second Psychedelic Coming” is the band’s second full-length effort and their follow-up to their great, self-titled 2012 debut. Along the way, they’ve offered up some smaller releases as well (a couple of singles, a split, and the great “Astral Sabbat” EP), but you can hear on these nine songs they truly are coming into their own. Obviously Jess is up front as this band’s singer, and she’s a total force. She has passion, energy, and alluring power that makes her the perfect face of the band, and her performance here has to put her in the conversations when it comes to the best vocalists in rock and metal. But she can’t do this alone, as with her are guitarists Thomas Corpse (the band’s primary songwriter), and Fiend; bassist Fast Jake; drummer Yussuf; and keyboard/synth/organ player Abraham, and they put together a rousing, excellent collection with this record.

The album gets off to a spirited start on “Samhain,” with drums rumbling, an old radio clip about a witches Sabbath issuing a stark warning, and then the song bursting with life. The tempo rolls along, with keys brimming, the melodies growing delirious, and Jess warning of “Samhain falling!” and later vowing, “Take your life away, return it if we may,” over the killer chorus. Great opening, and that rolls into “The Flying Man.” There, organs pump, psyche guitars roil and get lathered up, and yet another stellar chorus rolls out, with Jess inviting, “Come with me, we’ll walk together.” This track easily should be a live staple. “In Levitating Secret Dreams” (an ode to scientist and LSD explorer Albert Hoffman) has the whole band singing the refrain to open the song, feeling like a hippie coven in the height of ritual, calling, “Every night they dream themselves to be!” It’s becoming a running theme on this album, but this song could be a crowd uniter, with Jess holding court during the verses and the congregation howling back the chorus. “The Equinox Death Trip” unleashes a burly bassline, guitars screech out of that, and the band takes on a calculated tempo, driven with energetic bursts and Jess’ commanding singing. This was a grower for me, but now that I’ve listened to it 80 times, it is etched in my brain. “Wolves Inside My Head” brings Charlie Manson into the scene, with him rambling about sneaking to find the truth over the opening, and from there the psychedelic fires roar. Jess wails, “The face I wear is not my own,” as the band keeps pushing the pace right up to the smoldering finish with Jess pleading, “Charlie, darling, what have you done?”

“Crossroad Lightning” is the second-longest cut on the album and starts like a dusty spiritual, with the band singing wordless harmonies and the track heading down dirty, bluesy roads. You almost can imagine the band confronting a haunted spirit on a desolate path, with the guitars heating up, Jess’ vocals belting, and cold pianos bleeding in. “I am leaving before dawn, so hold me for so long,” Jess cries, as this great mid-tempo cut spreads out, ending in the same group chant that started the song. “The Lovers” is a faster one, and one of the shorter cuts, a quick rock song to charge up the pace again. Keys bounce off the walls, and their forceful tendencies return. “Goetia of Love” has pulsating rhythms and mind-bending guitars spilling in, with the organs giving off a Doors-y vibe. Later on, brass pumps, the synth traipses as if a carnival show, and the cuts fades out into the darkest corner it can find. Then comes the 22:35 closer “Goodbye to Virgin Grounds Forever,” a track that spends its first half as a soulful, emotional piano ballad. Flutes flutter in, the music lets the mournful yet ultimately celebratory tale unfold, and Jess is just unreal, painting every scene. About 10 minutes in, the song starts to change up, with the tempo bristling, and the brass coming to life, with Jess speaking, “Deliver me to the gods beyond.” From there, the fireworks erupt, and as the song reaches its final quarter, the spirits come to life. Every element is on fire, as Jess vows victoriously, “To all my friends, death is not the end!” The group joins her in singing back, reminding me a little of the Decemberists’ adventurous storytellers, and the track ends in celebration, with them prevailing over darkness and the services leaving a halo of fire.

Jess and the Ancient Ones just may have made their coming-out record on “Second Psychedelic Coming: The Aquarius Tapes,” and if this gets the attention it deserves, they could find themselves playing larger halls on their own. The band sounds tremendous, and they seem to be getting a better understanding of themselves as a unit and as creators. This record is a dynamic display of psyche wonder, and it’s one of the best things you’re going to hear in what’s been an unusually strong December.

For more on the band, go here: https://www.facebook.com/jessandtheancientones

For more on the label, go here: http://svartrecords.com/