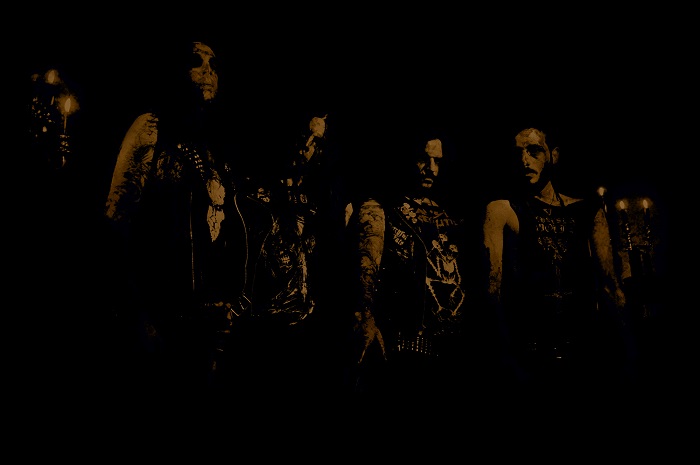 Let’s put away the long entrance trying to associate music with something deeper. Some metal is there to bring out the darkest, ugliest elements of society, drag them up to the surface, and make the entire world confront what they may not what to see face to face.

Spanish black/death metal band Sheidim are only more than happy to dig up the deadliest, vilest components of the world, and it sounds like those things are smeared into their massive debut record “Shrines of the Void.” This record, being released jointly by Me Saco un Ojo and Dark Descent, is utterly infernal, a proper next step after their debut 7” “Amidst the Shrine of Consciousness/In the Light of the Dying Stars” that was released last year. There is no accounting for polish or making thing proper and tastefully presented, and that’s for the good. This record, packed with seven tracks that run over 40 minutes and drip with hatred and madness, are packed with melodic punch when the need arises but always scrapes your face into the pavement for good measure. Built with members of Suspiral and Morbid Flesh, the band is comprised of vocalist A.K., guitarist C.S., bassist A.T., and drummer J.F., smothering listeners with chaos and fire, leaving you in a pit of ash. 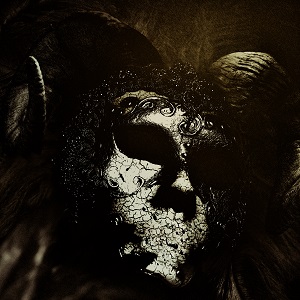 The record belches open with “First Poison,” a track that lets noise boil and scald before frozen riffs send a chill down your spine, and feral howls belt over the calculated pace. The guitars get moody, but it’s not long before everything hits full gallop, wildly swinging away. The aggression builds, with the soloing smashed over the top, and the track comes to a punishing end. The title cut has a doomy sentiment, even giving off a slight High on Fire vibe due to the guitar work, and A.K.’s carefully delivered growls ensure you get his feral message. The track gets thrashy and misery inducing, with the cut pelting you all the way to the finish. “Deviant Kingdom” has solid guitar work, bone-crunching drums, and a humid ambiance. The cut breaks open later on, killing everything in its way, while the riffs snake through the void, and the growls insult and injure.

“Sunken Nigredo” is raw and heavy, with grim growls, black metal melodies, and a speed burst later on. Soloing wails out, and the hammer drops without a hint of mercy. “Amrita” spills buckets of noise before it jars suddenly and potentially leaves you concussed. The track mashes viciously, though some atmosphere is injected into the terror, and the growls menace. The final minute of the song ramps up the intensity, barreling downhill and right into “Without Ruins.” A huge assault greets you at the gates, with a sinister vibe poking its way into the mix, and creaky growls scratching at the wounds you’ve suddenly accumulated. Smoking riffs make their presence felt, while a meaty stomp drives you to the soot-caked conclusion. Closer “Remnants” continues to apply the pressure, with the growls punching their way into your chest, and then dual guitar lines arrive to splash a golden sheen onto everything. The soloing erupts and burns, the final moments clobber your brains, and A.K.’s gasp of, “The sweet release of death!” brings the album to a proper, poisonous end.

Sheidim have a hellacious debut on their hands with “Shrines of the Void,” and their bloodthirsty assaults on these seven songs could leave your muscle and flesh hanging from your bones. They’re ugly and mauling, but they also have a way to get inside your blood and move your darkest spirits. It makes sense two labels have to tackle this record, because it is a mammoth of a display.

For more on the band, go here: https://www.facebook.com/sheidimband