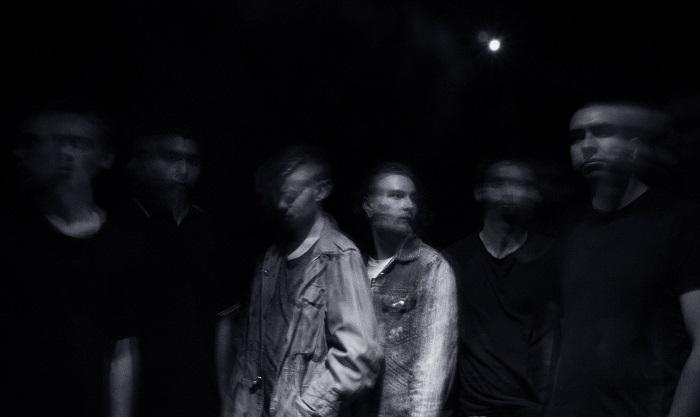 It seems that a lot of times when New Zealand is in the news, it’s because of devastating earthquakes. I know they have a lot more to offer the Earth and all, but when I think of that place toward the bottom of the planet, that’s always where my mind tenders to wander. That makes me think that’s why the metal that comes from that region of so devastating.

Continuing along the lines of their countrymates Ulcerate come Setentia, who also play a dangerous, smothering form of death metal, albeit with way more nuances. Their debut album “Darkness Transcend” is here via Blood Music, and it’s a trip through absolute demolition. This seven-track, 51-minute behemoth is packed with devastation from beginning to end, but they also paint other interesting flourishes through their music. The band—vocalist Jasper Russell-Dennis; guitarists Jag Dwaliwal, Cameron Thompson, and Maxwell Gravelle; bassist Adam King; drummer Hugo Gravelle–show the force of their ranks. This record sounds like six guys pouring cement-thick fury, as their sound is far more interesting than your average technical death band and heavy enough to leave your head a throbbing mess when it’s done. Lyrically, the band touches on the frustrations of the human experience and the struggles of just trying to survive this mess. So yeah, it’s plenty dark enough for you.

The title cut opens in eerie, cosmic noise before the song gushes in earnest, turning toward ominous, dark thunder. Smothering growls and muddy demolition erupt, with the madness bleeding out and wrecking into “Throne of Thorns” and its devastating power. Guttural heaviness mixes with spacious playing, letting a cloud cover form, but then fires rage, and an unmerciful dose of heaviness makes its way into the picture. The track heads into something of a death metal-flavored breakdown, hitting new levels of ferocity, with the vocals shrieking and spitting before a reprieve arrives. “Beyond Myopic Blame” is more of a compact song sandwiched between monsters, as the track rips into mucky death, and a numbing, dizzying pace thrashes you to the end.

“Seeds of Death (Departure)” has a tricky but atmospheric start, with wild roars bruising and an outright assault opening fresh wounds. The tempo is just relentless, tearing apart its surroundings, and then weird transmissions arrive and bring a wave of confusion. From out of that come guitars cutting and sounds boiling, flowing into “Seeds of Death (Remembrance)” that gets your head spinning right away. Mean growls twist around exploratory guitars, and everything is incinerated suddenly, as the song gets incredibly vicious, coming to a sudden, abrupt end. “The Enemy Within” is a 9:06 smasher that’s fast and destructive, storming across the land and carving out its own path. Thing then turn proggy, with the soloing blistering, the band turning up the intensity, and a final dose of clobbering dissolving in a noise bed. “The Fruit of Life” is the 10:16 closer built with spindling guitars and then a chugging explosion. The song is bloody but also prog-fueled, compelling and colorful, with a trippy sentiment soaking the grounds, and all the elements giving off steam. The final minutes arrive like the earth is quaking, but that breaks apart and enters the cosmos, with sounds exiting on a hypnotic loop.

Whatever’s to blame (thank?) for New Zealand’s metal being so damn heavy, it certainly has found its way into Setentia’s DNA. “Darkness Transcend” is a harrowing, blackened slab of torment that will challenge you, mind and body. It’s a damn impressive first release from a promising band, and hopefully it doesn’t get lost in the clutter of all of these late-year releases. We sure won’t forget about it.

For more on the band, go here: https://www.facebook.com/setentia

For more on the label, go here: http://www.blood-music.com/