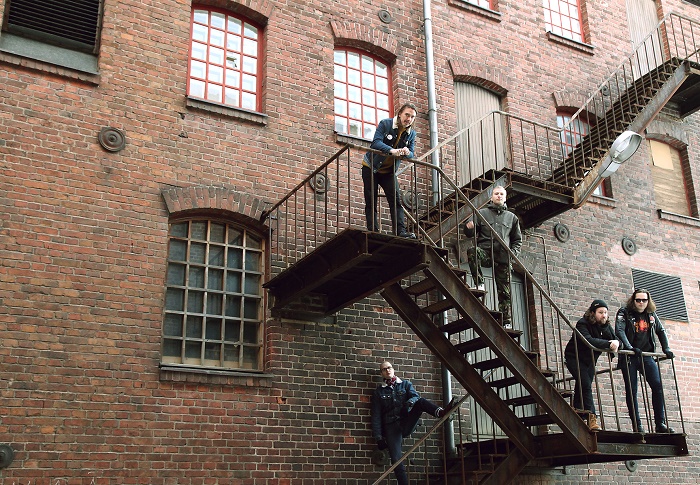 Now isn’t the time to be fucking around. There’s a lot of serious, bad shit going on everywhere, and things feel close to blowing up from all the tension and violence. Yes, diversions from real life can be healthy. But sometimes you have to stare the thing in the face, acknowledge what’s going on, and get really pissed off about it.

Some great inspiration comes from Finnish crossover beasts Foreseen, whose second record “Grave Danger” is a fast, menacing, and punishing affair that’s not about to jab its tongue in its cheek. If a record could even do that. Instead, we get eight straight piledrivers about the shit going on in this world and their piss and venom about what the state of affairs. Oddly, even though they’re not trying to distract you with humor or alternate subject matter, you might come away feeling rejuvenated, knowing there are other people who clearly see the shit rainbow smeared across the sky and aren’t about to ignore it. The band—vocalist Mirko Nummelin, guitarists Erkka Korpi and Jaakko Hietakangas, bassist Joonas Hakaste, and drummer Marten Gustafsson—are full of rage and destruction, hurling their take on the world’s scene and what’s leading to this piss bath, all the while thrashing the hell out of you.

“Violent Discipline” starts the record with a ripping assault complete with ferocious vocals, furious gang shouts, and a nasty trip into some bludgeoning thrash. The soloing burns off the scum on the surface, as the song comes to a hammering end. “Chemical Heritage” mashes away, as Nummelin’s maniacal shouts leave welts on your skin. The guitars light up brightly over the rousing chorus, and the bulk of the song simmers in deadly speed. “Fearmonger” is fast and punchy, with a simple chorus for shouting back live, and the tempo shifting enough to result in vertigo. A thrash groove and razor-sharp solo brings the song to a thunderous end. “Bloodline” is crunchy and trudging, with the shouts echoing, and classic metal-style guitar work adding extra muscle. Most of the song is nasty and galloping, and the track gets a white-hot finish.

“Downward Spiral” has crazy riffs spraying shrapnel, while animalistic wails and group shouts give the song added levels of raucous energy. The soloing rips a hole in the thing, as the gas pedal is stomped into the floor, and gang shouts of, “Downward spiral!” inject adrenaline. The title cut chugs as the thick bass swaggers into the meat of the song. Blunt growls and savage playing thicken the assault, while the heavy thrashing and forceful lead guitar work push the tempo over the top. “Government Cuts” is heavy as fuck, which may seem hyperbolic considering what preceded it, but this is ante-upping material. Raspy howls and metallic leads reveal a show of force, while ’80s-flavored metal and a pace that keeps rocketing jars the bones. Finally, the song settles into the heart of the fire, while sinewy bass bruises, and eerie noises and various radio reports give the chill of global emergency. “Suicide Bomber” caps off the set, a track that doesn’t even reach two minutes but makes the most of its run plastering with spat-out vocals, pure chaos, and a crushing, vicious end.

I often think people are not pissed off or disgusted enough about what is going on right now, but that does not extend to Foreseen. With “Grave Danger” as evidence, these 29 minutes blister its audience and lob verbal grenades at the people who threaten our very existence due to their self-serving actions. There is a lot of fighting that’s going to need to take place into the future, and Foreseen sound like they’re going to be right along those at the front line of the battle.

For more on the band, go here: https://www.facebook.com/Foreseen

To buy the album or for more on the label, go here: https://www.20buckspin.com/