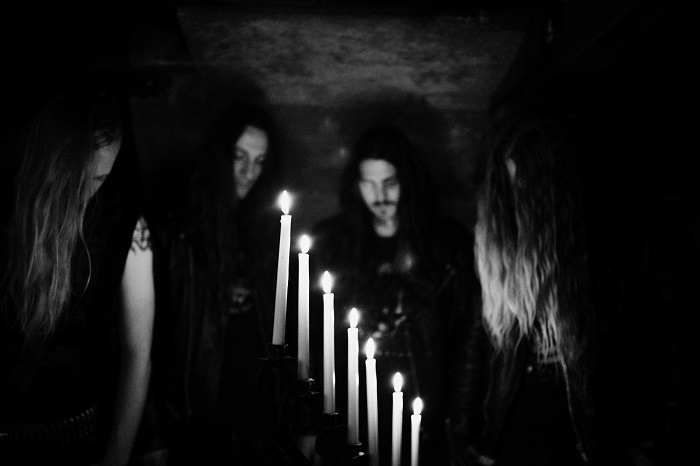 Chaos isn’t born overnight. It’s something that festers over time, gathers up in your bloodstream like a sludge, and only can be exorcised when the body and mind are ready. Therefore, when that is applied to the generation of true black metal, patience must be harnessed in order to get material that is worthy of getting inside you and making you one with the blackness.

It’s been a couple years since Gloam massacred people savvy to the underground with their debut opus “Hex of Nine Heads.” Gilead Media was wise to reintroduce that album late last year to those who missed out the first time, and that seemed to pique a lot of interest among those who desire genuine black metal rife with that aforementioned chaos. Now, the band has returned with “Death Is the Beginning,” a three-track, nearly 20-minute EP that’s easily digestible from a serving standpoint but should shake the intestines of anyone who gets too close without understanding what they’re facing. For those new to the band, this is a fitting introduction, one that coincided with the band setting out on a new tour a month back, and a document that should light new fires. The band—guitarist/vocalist Colby Metzger, guitarist Shane Terry, bassist Dayan Weller, and drummer Fynn Jones—expands on what they presented on “Hex” and delves even further into the hellish blackness on this EP that should hint at what’s coming next. 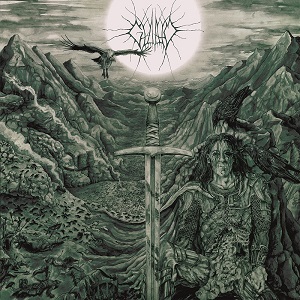 “Anguish” starts the record, and it’s an intro piece, an instrumental that starts clean before guitars kick in, the track slowly unravels, and serenity is disrupted by jagged teeth and drums kicking in your mouth. “…Of a Carrion Kind” launches with a melodic swath of black metal with riffs spilling out of gaping holes, and hellish growls pelting away at your skin. A vicious path is cut, as the vocals crush, the storming gets heavy and unforgiving, and while the song slows some, it unloads heaviness that compresses chests. The title cut finishes off the album cleanly before eeriness sets in, and suddenly, you’re feeling a heavy dose of anxiety. Growls sicken as the pace boils with impenetrable pain. Guitars then gush blood and guts, as the band keeps applying pressure with the thunderstorm continuing. The guitars spiral into a tornado, leaving your belly queasy and the room spinning out of control. The intensity keeps raining down daggers until the song ends all of a sudden, robbing you of your breath.

Gloam’s black metal is hearty and immersive, and “Death Is the Beginning” seems to indicate that this really is just scratching the surface of what this band can do. These three cuts are filling and fiery, a true mark of a band that’s really gotten their shit into high gear. This is a massive, punishing set, and short as it is, it does enough to bloody your poor little nose.

For more on the band, go here: https://www.facebook.com/gloamshroud