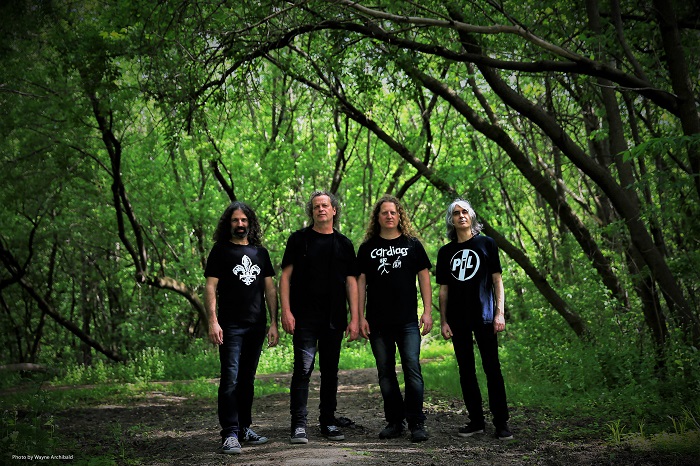 There’s this notion, and there is something to it, that bands in their later years do not make their best music. A lot of times, it seems like these artists are doing it just so they have justification to tour, and when these new songs wash over the audience, people sit on their hands, because the content just doesn’t match their classic stuff.

That’s not always the case, by the way, with older bands. Rush’s last (and maybe final) record “Clockwork Angels” was an incredible piece of work that they recreated live. Judas Priest just put out “Firepower” this year, and it’s their best stuff since the early 1990s. Following that lead comes Voivod with their incredible new album “The Wake,” which, by the way, will kick your ass all over the place. This band has been going since 1981, and they have made some of the most interesting, dexterous metal of any band ever. And here we are, 37 years after they formed, and they’re still making music that’s challenging, fun, and totally awash in sci-fi madness. Their latest is a sort of concept record, and this eight-track, 56-minute album twists, turns, and blasts you through the cosmos with prog-fueled thrash that sounds as good now as it ever has. In fact, much of this new record, their 14th, visits many eras of their discography, with some of the material even teasing the days of “Dimension Hatross,” “Killing Technology,” and “Nothingface.” All of this is with a lineup that keeps half its classic formation and half comprised of new blood with veterans vocalist Snake and drummer Away joined by guitarist Chewy (on board since 2008 following Piggy’s passing) and bassist Rocky (he joined in 2014.) 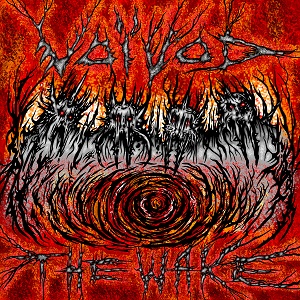 “Obsolete Beings” starts the record with strange noises, guitars chugging, and prog-fueled verses that are fun and full of life. Fluid soloing from Chewy causes things to get spacey, before Snake howls, “There you are, no one will ever know!” The main body of the song fades out into strangeness that douses you in dizziness before making way for “The End of Dormancy” and its killer riffs. The track is slurry and melodic, as Rocky’s stellar basslines act as a spine, while the track gets grimy and full of danger. “Too late to retreat!” Snake warns, as the song bends into a strange sequence that reminds of the tones of their “Astronomy Domine” cover. Snake seemingly relives an alien probe, trying to figure out what all these machines are for before realizing, “I am the only one who survives.” “Orb Confusion” has guitars stabbing and the track taking on an older Voivod vibe. Snake is awash in paranoia as he asks, “Now, where should I go? What should I do? How to escape?” as the music swims and slithers, pushing toward a strange, creaky outro. “Iconspiracy” fades in from the stars, gaining speed and chewing up muscle in its gears. The vocals are spat out, while synth envelops, and a baroque-style aura is achieved. The guitars tangle your guts, delivering classic chops and prog oddity before the song comes to a fiery end.

“Spherical Perspective” simmers in a space haze before it comes to life and pushes the boundaries of sanity. Guitars spiral and confound, as Snake pokes, “Are you scared?” before a miasma of soloing washes in, and then calm arrives. As the pace lessens, the guitars chime closed, and the drums roll away. “Event Horizon” has shifty riffs and really is a bizarre song. “This goes way beyond expectations,” Snake calls, which also is a pretty good summary of this record, before a jazzy solo sprawls. Synth fog gets thicker, obscuring your vision as the song bleeds away. “Always Moving” charges hard out of the gates, as weird noises mix in, and the vocals sound like they’re swimming in the air. The song plays with its tempo, pumping blood in some corners, going serene at other times, and ending everything with a good clobbering. The record ends with 12:24-long epic “Sonic Mycelium,” the perfect way to bring this album to an end. It fact, it’s a track, that reprises a lot of what you’ve heard previously—lyrics from other songs, melodies that are warped versions of what preceded this, as mutated forms come back to haunt, and it’s a presentation that acts sort of a reliving of everything you heard before it. There are weird and dreamy melodies intertwined, numbing playing, and the whole thing ending in a bed of eerie strings that sweep the record closed.

All hails to Voivod, one of heavy metal’s weirdest and greatest bands, one that still makes incredible and relevant sounds today. “The Wake” is one of those examples where you should not write off older artists, because some of them still have gas in the tank, crazy ideas in their brain. This is an awesome piece of work that, really, is as good as just about anything else in their awesome catalog.

For more on the band, go here: http://voivod.net/

For more on the label, go here: https://www.centurymedia.com/