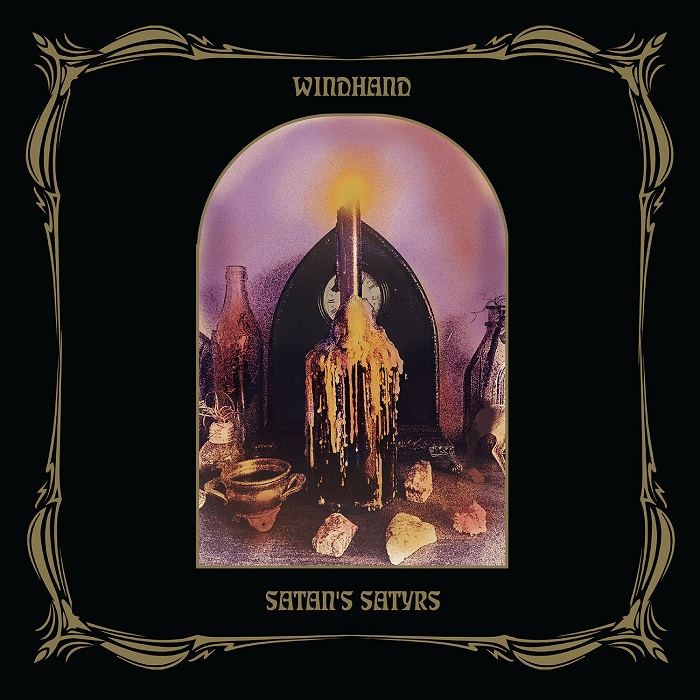 There’s some crazy shit going on in Virginia, or so I have ascertained from the impossible number of promos I get from bands who hail from that region. And they have all kinds! Bands that play arenas, bands that headline huge clubs, bands that can play to 5 people and still slay. It’s a little unfair, and I wish they would spread around some of the wealth. Wow. I think I might be a socialist.

Anyway, more of that embarrassment of riches in on display with a new split effort coming your way via the always reliable Relapse Records. This piece features two bands that should light the hearts of anyone who likes things doomy and/or dirty. We have site favorite Windhand back with two bruising tracks and fuzz maulers Satan’s Satyrs chiming in with three of their own that might not be metal through and through but should still excite the fuck out of anyone who just wants their hearing permanently damaged. What’s nice about this five-track beast is both bands could not be more foreign from each other style-wise, yet the music each makes mixes together pretty nicely. It’s a strong piece that gives Windhand fans more of what they desire and a chance for Satan’s Satyrs to branch out to a different audience. 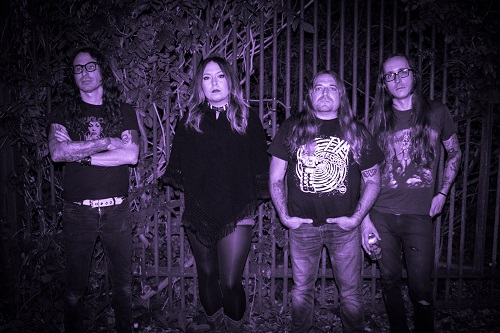 Windhand hail from Richmond, and over the past decade, they’ve delivered occult-splashed, sultry doom that always pushes you to the limit and leaves your skin scorched. Led by steel-piped singer Dorthia Cottrell, the band unleashes thick blankets of darkness and melody that can infect you and leave you for dead. Live, they’re even burlier, as the band—it also includes guitarist Garrett Morris, bassist Parker Chandler, and drummer Ryan Wolfe—lays waste to any stage they’re on. But let’s not forget they also make great music in the studio, as their three full-lengths prove, and again they’re on the money with these two killers.

“Old Evil” gets us started as the doom buzzes and Cottrell’s vocals get things moving. Her voice is way higher in the mix, which is a good thing, and then we get into psyche-splashed soloing and powerful riffs. Noises hiss as Cottrell’s singing enraptures, and then we’re into a wall of feedback that takes us to the end.  “Three Sisters” follows, and we begin with bass echoing, and organs rising and taking over. Haunting doom leads to higher singing from Cottrell, and we get into a slow bleeding, calculated pace. Fuzzy riffs clobber while we circle back to the strong chorus, but from there, the guitars lumber, the organs bleed, and we end things in a clobbering array of feedback.

Satan’s Satyrs hail from Herndon, and they’ve been at it only a year fewer than Windhand. Over that time, they’ve built up a nice resume that boasts three full-lengths (that last one was 2015’s “Don’t Deliver Us”) and an attitude that reminds of some of MST3K’s forays beyond sci-fi into the biker and rebel world, where strange but awesome C-level movies get their due. Sort of. These three songs are a total blast, and the band—bassist/vocalist Claythanas (also of Electric Wizard’s current lineup), guitarists Jarrett Nettnin and Nate Towle, and drummer Stephen Fairfield—creates a smoke-filled (possibly with illicit substances) clouded forcefield with which to confuse your mind. It’s pretty great stuff.

“Alvcard AD 2018” kicks this off, as the punchy open takes us into vintage rock, and the riffs pile up to keep powering the machine. The higher vocals mix with the burning soloing, and then the psyched-out fire burns. From there, molten loudness and bashing heaviness end it. “Succubus” has trudging riffs and Sabbath-style vocals, as fuzzy rock leads the way, and we’re into molten soloing. A burly assault goes from there, and a burning tempo takes us to the end. The record ends with “Ain’t That Lovin’ You, Baby” a song Elvis made famous and a track to which the band adds a snotty swagger. The song swaggers in blues and attitude, while the track takes on a glam metal feel (I sense some Faster Pussycat) before the cut ends in a lava-filled solo.

These two bands can claim home state and volume worship as common traits, but in the end, they’re very different beasts. But that’s what makes this Windhand union with Satan’s Satyrs such a rewarding collection. You get a dose of two styles of heaviness that kind of clash, but for some reason, they work stunningly well together.