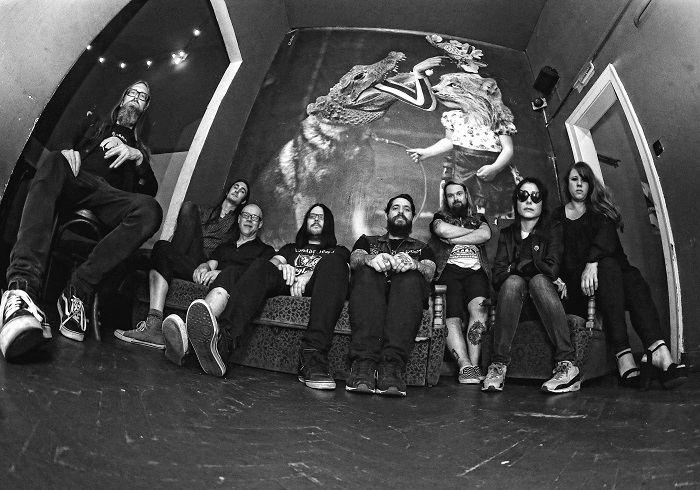 There’s a classic Patton Oswalt bit about how, if he could go back in time, he would choose to kill George Lucas to prevent the creation of the prequels. It’s all about not caring about where the thing you like came from. There’s some validity in that way of thinking, but that doesn’t apply across the board for every situation.

Take, for example, the bands you like and listen to on a daily basis. It’s often interesting to dig into their roots to find out what music pushed them to create their own catalog and if there isn’t something mysterious sitting behind the curtain. Crippled Black Phoenix have been an important band for me not only because of their music but also their messages (to me, “Bronze” feels like an accidental daily soundtrack to the Trump era), and their new EP “Horrific Honorifics” instantly intrigued me because they were giving their own treatment to six songs that have meant a lot to them and their own creative process. Not surprisingly, these songs run the gamut of styles and colors (from punk to doom weirdness to rustic Midwestern rock), and taking a journey with these cuts not only reveal more about the band—the mammoth lineup includes Justin Greaves (guitar, drums, saw, keyboard, acoustic guitar, banjo, effects, samples”; Daniel Änghede (vocals, electric guitar); Mark Furnevall (synthesizer, keyboards, backing vocals); Daisy Chapman (piano, vocals); Ben Wilsker (drums); Niall Hone (bass); Jonas Stålhammar (guitar); and Belinda Kordic (vocals)—but also might introduce you to something you never encountered before. 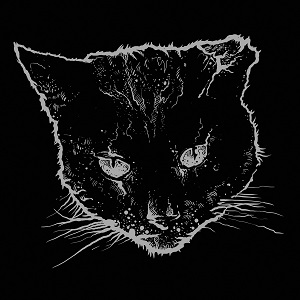 “False Spring” is their take on the 2009 Arbouretum track, and it’s punchy, with the singing floating, and atmosphere backing the power. Cosmic blips join sweltering soloing before it powers out. Their version of Swans’ 1992 cut “The Golden Boy That Was Swallowed By the Sea” is one of the highlights, as they dress the track with murky synth, a dreamy pace, and singing that makes your head swim, as the desperation is tangible. Kordic takes over on vocals for their version of Magnolia Electric Co.’s “Will-O-the-Wisp,” a personal soft spot as I love everything Jason Molina has ever done. Kordic’s singing sells the sadness and pain, which filled Molina fully, and their slight twist on the song adds their own moody touch to this classic.

Nomeansno’s old punk cut “Victory” gets pulled back just a bit, but the song still bites pretty hard. The track gets a foggy, gazey treatment, and lines such as, “I will not admit defeat,” hits you from a totally different angle. I didn’t know much about The God Machine going into this, but I dug more into their stuff after hearing this version of “In Bad Dreams.” The line, “You only see me in bad dreams,” is a crusher, and the band does a nice job paying off that depressive realization. The last track is the most insane, a take on the Sensational Alex Harvey Band’s 1973 gem “Faith Healer” delivered with dark energy, comically deep crooning, and organs swimming in and out of the madness. “Can I put my hands on you?” sounds sinister, not helpful, as the song spills out with a vicious edge.

Crippled Black Phoenix’s epic, emotional, politically charged, apocalyptic rock is like nothing else out there, and being able to examine some of the roots of their towering tree of woe has been quite fulfilling. These six songs are really interesting choices, and they led me down some avenues I never traveled before. I’m always hungry for new original content from this band, but considering the fingerprints they put on these songs, it’s almost like getting just that.