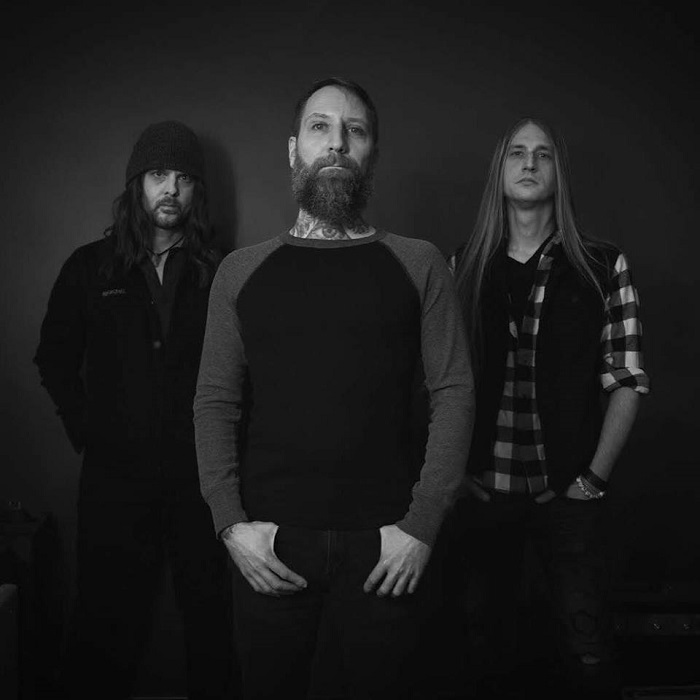 Recharging one’s batteries is something that’s absolutely essential to mental health, as trying to keep yourself working and pushing and struggling can burn you out and make your work and life suffer. Getting away and taking inventory of your situation, even if it’s just during a short vacation, can do great things for your creativity and productivity. That same thing can apply to heavy metal.

A good example of this is Pittsburgh’s long-running metal band Icarus Witch that not only has been making noise locally for the past 15 years but also has taken them around the world. But we haven’t heard from the band since 2012’s “Rise,” and their creative clip had been much more regular over the course of their first five albums. But things were going behind the scenes as names in the band were changing (not a rarity for Icarus Witch), members were reconnecting with their past, and a major switch at singer would give this group a whole new look and sound. That’s all come to fruition on “Goodbye Cruel World,” the band’s sixth effort and arguably their strongest album to date. Long-running bassist Jason Myers and guitarist Quinn Lukas lured vocalist Andrew D’Cagna (Coldfells, Nechochwen, Ironflame, Obsequiae) to the fold, and his powerful pipes give these 10 songs a sharper edge and a beefier attitude, which does wonders for the band’s sound (drummer Jon Rice is behind the kit on the album). On top of this, the band dug back to their classic metal roots (and Myers re-immersed himself in his witchcraft background) and came up with a ripper of an album that’s glorious and pulverizing. 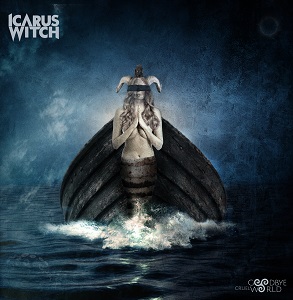 The title track opens the record, and it’s an ideal first shot packed with powerful riffs, a trucking pace, and D’Cagna’s swelling vocals, as over the chorus he wails, “Paradise is ours to find.” While the song talks of sailing off to conquer new worlds, you can’t help but have your adrenaline and blood surge. “Misfortune Teller” is scathing and raucous, as D’Cagna jabs, “Delusion seller, prey upon our darkest fears.” A tremendous solo blares into the storm, while the driving pace gives the track every tenet of classic heavy metal. “Lightning Strikes” has riffs riveting, melodies welling up and pushing, with D’Cagna calling, “You set the night on fire when your lightning strikes.” The soloing erupts and soars, and the return to the chorus brings the track to a smothering end. “Mirage” is a quick interlude that’s eerie and built on Middle Eastern-style sounds, and then it’s into “Through Your Eyes” that has killer, storming guitar work before it pulls back to a calculated pace. Sitars drizzle, while the guitars catch fire, and the ambiance is both mesmerizing and heavy as hell.

“The Flood” is a pulsating instrumental with the bass line leading and the pace of the song being torn open. The melodies lap and move the story, rushing through, injecting power and might, and coming to a blazing finish. “Silence of the Siren” has guitars ripping into flesh, with D’Cagna warning, “Danger, the signals are there.” The song builds nicely to the chorus, another strong one, as the playing blasts its jets as it ends. “Possessed By You” is the most different of the bunch, with guitars buzzing and D’Cagna’s singing pulled back and deeper. It’s about a poisoned relationship, with the admission, “You’re obsessed with me, but I’m possessed by you,” powering the chorus. “Antivenom” is a duet between D’Cagna and Katharine Blake (Mediæval Bæbes, Miranda Sex Garden), a dark ballad pitting each side against each other. It has an Alice Cooper vibe lyrically, with D’Cagna wailing, “I’ve been bitten so many times, my hands no longer tremble,” as the two singers pull each other’s strings during this battle of wills. Closer “Until the Bitter End” a pointed track with the riffs ripping hard, and the track taking on a vintage Dokken feel. “I wait patiently, my friend,” D’Cagna calls, while the track trudges to a fiery end.

It’s been some time since Icarus Witch has delivered new music, but it’s clear that the extended time away refreshed their creativity and made them an even hungrier band. “Goodbye Cruel World” is a tremendous album that sounds big, delivers with riffs and hooks, and reasserts the band back into their role as one of heavy metal’s true revivalists. With a new voice and a reinvigorated spirit, Icarus Witch re-emerge a stronger, heavier band, and we’re all better for it.

For more on the band, go here: https://www.facebook.com/icaruswitch

For more on the label, go here: http://cleorecs.com/