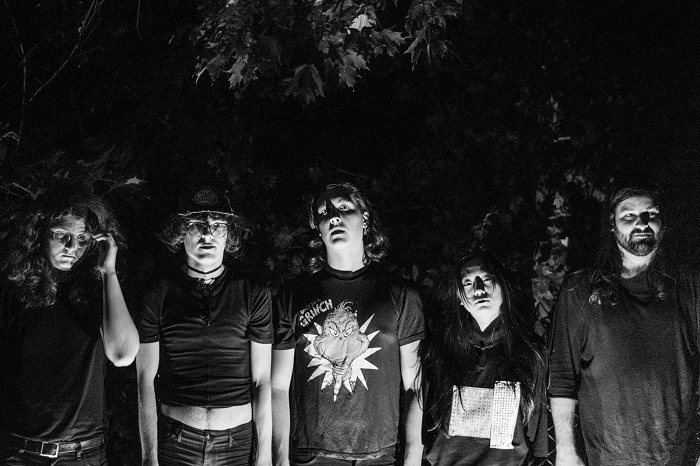 It’s really not going out on a limb to say that there aren’t as ton of inventive and fresh things going on with heavy music lately. Plenty of goods bands, lots of strong records, but it’s not really every day (or week or month) that we hear something that really stands out from everything else and invites like-minded creators to think outside their normal realms and try to push boundaries until they disappear.

The five members of Boston-based Elizabeth Colour Wheel decided to do just that when they formed five years ago, and now we have ready to land in our laps “Nocebo,” their first full-length that finds the perfect home on equally free-thinking The Flenser. This is not a metal record, at least not necessarily. There are a ton of shoegazey elements, post-rock, and noise, but there are dashes of black metal and doom involved that keep this on the heavy side. More than that, the music is mentally intoxicating, a gateway into exploring other sounds that don’t thrash and draw blood in the traditional way and instead make you consider the possibilities of what heavy music can offer. The band—vocalist Lane Shi (she is an utter revelation whose work can’t really be justified in writing), guitarists Alice Jackson and Emmett Palaima, bassist Bill Cunningham, and drummer Connor Devito—named their record after something that has a detrimental effect on health produced by psychological or psychosomatic factors such as negative expectations of treatment or prognosis, itself a terrifying subject, one that might poke at your brain wiring as you work your way through these eight songs. 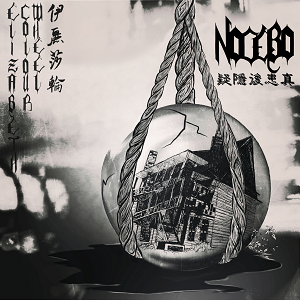 “Pink Palm” starts the record in a calm, chilled ambiance before Shi’s singing floats as she calls, “Hide in your shallow,” as the tempo kicks up and gets more aggressive. The song rattles and surges, with the drums blistering, the vocals stretching out, and the vibes easing while Shi wails away. “Somnambulist” is a breezy instrumental cut built with tranquil winds and noise, giving off a dreamy feel that falls into “23” that lets guitars chug and kick up dust. “Wake up light a cigarette, restart all over, it’s all over,” Shi calls, accentuating her great vocal delivery. She’s a voice to which you always pay attention. Soulful guitars add a new twist, while the pace ruptures, the volume pierces, and the main melody returns before the song spills out. “Life of a Flower” trickles in with whispery singing, with Shi pushing, “Might not be pretty, might not be seen, might not be hold, but it last.” The track heats up and gets heavier as strings gasp, the sound pounds, and Shi’s shrieks meld ideally with the fluttering end.

“Hide Behind (Emmett’s Song)” has a total 90s college rock vibe, which gives me the nostalgia, though it later calms and sounds drip. The singing slowly drizzles over the song before Shi’s words turn to stabbing screams, and the song disappears into the cold. “Bed Rest” is an instrumental piece that makes it feel like you’re floating into a unconscious realm willingly and hungrily. The guitars are solemn and quivering, making your head buzz before the track takes you underneath, rumbling before it fades out. “34th” rips open with a rage unheard so far as Lane lets the words bleed from her mouth. This eases into more of a rock-style approach, with guitars punching and kicking, chilled moans slipping into the bloodstream, and Shi calling, “You get what you want, you get what you get.” “Head Home” ends the record with noise spiraling and a moody, dark adventure being unfurled before you. The track gets grittier later with calculated pounding and Shi singing, “See birds fly, see the sky rise on a tide over my hope.” Static emerges and spills confusion, with the band delivering their last shots before the vocals sear, and the track shreds its last fibers.

I’ve spent numerous visits with “Nocebo,” and I’ve been fascinated by Elizabeth Colour Wheel before I even had the full-length record in my grasp. This is a spell-casting, almost esoteric experience you will have with these songs, if you fully engage, and while you may never find the right evidence you seek, you’ll discover enough in this music to keep you stimulated. This is one of those records I know is going to remain with me all the way through the warm months and back into the snow, and I’m probably still going to be looking for the answers buried deep within this music.

For more on the band, go here: https://www.facebook.com/elizabethcolourwheel/