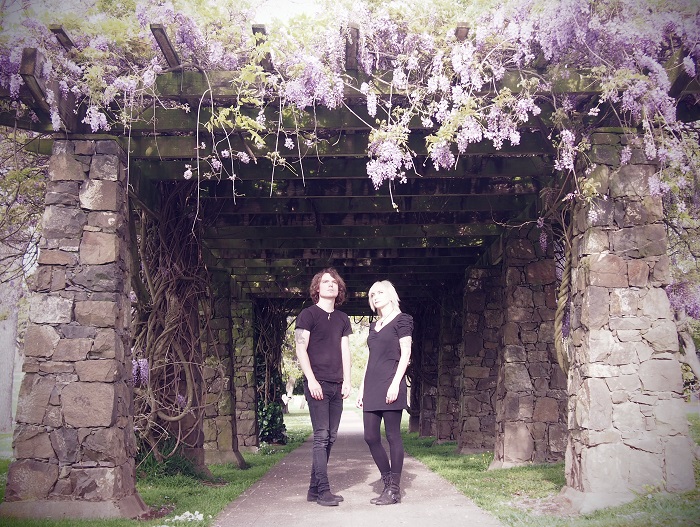 At the beginning of a strangling heat wave here on the East Coast, it seems an odd time to talk about music that feels like it ushers in coldness and atmospheric dampness. But that’s just what we have, and while it might feel a little more fitting to hear on a chilly October evening over dark ales, perhaps it can offer to soothe our skin while it breaks out hearts.

Oakland-based duo Silence in the Snow even have a name that can put a chill down your spine, making like a Nordic black metal band with ice in its veins. But the band’s second record “Levitation Chamber” doesn’t deliver the tremolo-picked heaviness or spine-shattering shrieks and instead serves up frosty post-rock-style power mixed with dark psychedelics on a piece that plays tricks with your mind. The duo of guitarist/vocalist and Cyn M and drummer Trevor DeSchryver (he plays live drums for Wolves in the Throne Room and also plays in Lycus) put their shadowy hauntings together over seven tracks that are arresting and freeze your cells in place. It’s a record that took me a little while to get to know, but once I did, I’ve gone back and revisited the music, getting a different feel every time. 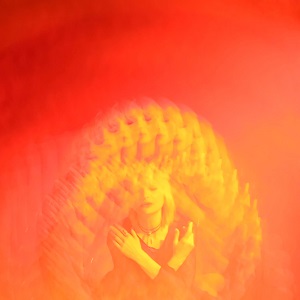 “Time Will Tell You Nothing” opens the record by slowly leaking in, letting melody loose, and spreading aching strings. “Shadows dance in the light, illuminating cold, hard ice,” Cyn M calls, with her vocals quivering and mixing with the fog. Drums tap as strings scrape, and Cyn M urges, “Lift me into the night sky,” repeatedly as the song fades out into murk. “Smoke Signals” has punchy drums and a deathrock feel as the music and singing are more aggressive. “And in the dark, I see nothing, a little spark can take me there,” Cyn M wails, letting the emotion build and the shadows spread, ending in a dreamy pocket. “Crystal Spear” has a heavy post-rock vibe, as Cyn M prods, “May the crystal spear pierce the light, seeing through an empty lie.” The chorus is rousing and cutting, always returning to bruise again, as the admission of, “I feel so alone now,” dealing the heavy hand.

“Garden Of Echoes” begins with music pulsating, creating a thick haze of confusion with the playing raining down and thickening the fog. Dreary keys add to the dark texture, while the drums pace, and the melodies splatter over the end. “In the Dark” has guitars gently melting, while Cyn M belts, “In the dark I hide, all alone tonight, lost in my head, everything’s on fire.” The inky waters let keyboard lines sink though them like a knife, while the sounds bleed out, and the charging subsides. “Cruel Ends” is punchy and gothy, with deeper, gritter singing. Cyn M belts, “Spirit is guiding me, slow decay in the mind, wearing down walls that bind,” as the strange waves splash around. The gloaming essence reaches around, streaming and slowly bleeding down the drain. Closer “Dread the Low” starts with guitars leaking ashy drips, as the slowly delivered words leave you numb and disoriented. Sounds slowly spiral, as the feeling of longing and desire sink into the veins, and Cyn M ends with, “The waves come crashing in, I dread the low,” with her repeating the last line over and over as the song disappears into a thick haze of organs.

Silence in the Snow’s thick shadows and cold embrace might not be heavy in its purest sense, but the emotion and bloody tears that soak this thing make “Levitation Chamber” a strange, ghostly experience that could pulverize you. The music is ethereal and feels like a spirit traveling next to you, with you catching the movement out of the corner of your eye now and again. The music might make you think you’re locked in a spiraling dream that chills your flesh and makes you wonder where you are once you finally come to again.

For more on the band, go here: https://www.facebook.com/silenceinthesnow/